“So tell me how you would feel about exploring a bit of your more exotic nature?” Suzanne asked Ernie.

“What kind of question is that?” Ernie responded, a big smile gracing his face. “Of course I would want to.”

“That’s great, Ernie,” Suzanne said. “I trust you’ll be a good sport about it.”

“Well, some men aren’t certain about some of the activities, shall we say, that I will prompt you to participate in,” Suzanne explained.

“I don’t need to sit and brood over this,” Ernie said. “Let’s explore.”

“Okay,” Suzanne said. “I’ll be right back.” Suzanne left the room and returned a few minutes later all decked out and ready to “explore.” 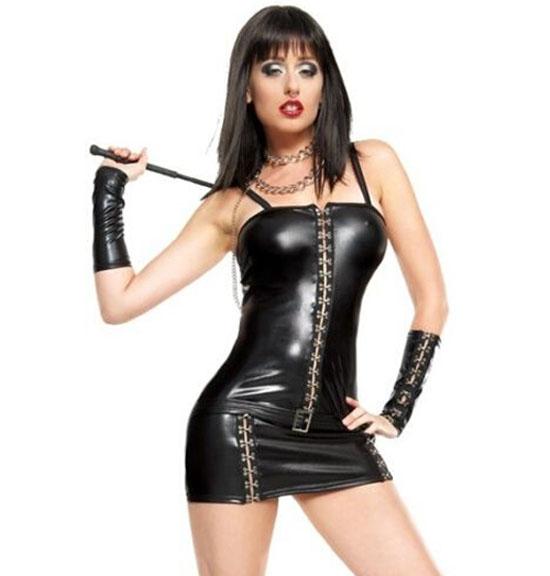 Teresa (aka, The Haunted Wordsmith) has the “Finish the Story” prompt where she gets a fictional story started and then tags another blogger to write the next installment.

The other day she asked other bloggers to indicate whether they would be interested in participating in her FTS prompts and I, of course, responded affirmatively. Naturally, Teresa tagged me for her latest FTS prompt. Be careful what you ask for, right?

Anyway, let’s start out with what Teresa wrote and then I’ll pick it up where she left off.

It was opening night of the Grim Reaper Haunted House in town and it seemed like everyone in town was waiting in line. Brandon, Alex, and Josh showed up right after school so they could be first in line, but they ended up in the parking lot.

“This’ll be great!” Alex bounced with excitement. “I hear they brought in actors from Hollywood.”

“Liar!” Josh gave Alex a friendly shove into the cheerleading squad in front of them and laughed. “It’s all about where they chose to put it that’s important.”

Brandon sighed and shook his head. “You don’t really believe that nonsense, do you?”

Alex and Josh shot him the ‘shut up’ look they had perfected over the years. Brandon was the realist…the matter-of-fact…the one boring, stick-in-the-mud friend that everyone seemed to have. But, his logical thinking and rationing had kept them from getting themselves killed on many occasions, so they kept him around. Not to mention he was the one who always had the money to do cool stuff.

“Yes, someone was killed –“

“Gah! Someone? Someone? Get it right Brandon! Five people were killed…no, not just killed…slaughtered in this house.”

“Josh is right, man. Five people were mutilated by their own hired hand. Sometimes I wonder about you.”

Brandon sighed and shook his head harder. The line moved fairly quickly, which surprised everyone until they got closer to the ticket booth. People were only spending a few seconds in the house before running back out the front door screaming.

Brandon paid for the trio and marched stoically in front of them toward the entrance. “I don’t believe in any of that crap. They are just stories created to prey on the weak minded.”

The Grim Reaper Haunted House company set up a series of jump scares and costumed volunteers to line the enclosed black-light path from the ticket booth to the front door of the Flatly House where the murders took place so many years ago.

The screaming, laughter, and pushing and pulling from Alex and Josh quickly got on Brandon’s nerves.

“Knock it off,” he said, reaching for the door. “I told you already how fake all this stuff is, so stop being babies!”

The old iron knob was icy cold under his palm and he could see his breath as he turned the knob. As he opened the door ….

Okay, now here’s where I take over.

As he opened the door, a large, black spider dropped from the ceiling of the foyer, causing all three boys to jump back.  Brandon swatted at the papier-mâché spider. “What a piece of phony crap,” Brandon said.

“You almost shit your pants,” Alex laughed, lightly punching Brandon on his arm.

“Yeah, you jumped higher than either of us,” Josh teased.

“Whatever,” Brandon sighed. “Let’s get this nonsense over with,” he said as he stepped forward into the corridor. As the other two followed Brandon, they could hear him muttering words like “bogus” and “lame” and “sham.”

“Get in the Halloween spirit,” Alex said.

“Yeah, go with the flow, Brandon,” Josh added. “Stop being such a Debbie Downer.”

Brandon was cut off in mid sentence when someone — or something — stepped out in front of him.

Okay, now it’s time for someone to take it and run with it. I’m going to tag my blogging buddy, Jim Adams, who’s focus lately has been posting about songs and the artists who write and sing them. Let’s see if I can distract him long enough to get him to write the next part of the story. And no, Jim, your response can’t be the Bobby Pickett song, “Monster Mash.”

“Right,” Donna said, unable to keep the skepticism out of her voice. “For how long?”

“What’s up with the flare?” Donna asked. “Are you trying to lead them here?”

Dan put down the flare and walked up behind Donna, putting a hand on her shoulder. She looked up at him, comforted by his touch.

“I won’t let them hurt you.” Then ripping off his mask, he said, “But they found me last night, Donna. Now you’re all mine. Sorry about that.”

My normal routine when I wake up in the morning, before I even drag myself out of bed, is to reach for my iPhone, open up my WordPress app, check how many views I’ve gotten so far, and then go to my Reader and start reading posts that come in overnight while I was sleeping from bloggers I follow.

I scroll back to the last post I read the night before and use that as my starting point. Then I start with the first post that came in after that last one.

But yesterday morning I noticed something disturbing in my WordPress Reader. There was a four hour gap between the last post I read the night before and the next post that appeared in my Reader.

That’s weird, I thought. So I then opened up my iPhone’s Safari browser, logged into WordPress, went to my Reader, scrolled down to the last post I’d read the night before, and there was virtually no gap between the last post I read and the next post after that.

So I opened up a ticket with the Happiness Engineers and they said that I should “Try scrolling down in the ‘Followed Sites’ page in the mobile app. This will trigger an extra refresh.”

I tried that and it didn’t work. I responded back to let them know, but haven’t heard back yet.

So this is a long-winded (or verbose?) way of saying that it’s likely that I may have missed a bunch of your posts, particularly if you posted them between 11 pm and 7 am Pacific Time (US). I’m not sure how long this issue has been going on, but if you think you posted a “must read” post in the — or my — overnight hours, during the past few days, I probably didn’t see it. So feel free to include a link to any such posts in a comment on this post.

“Politics is the art of looking for trouble, finding it everywhere, diagnosing it incorrectly, and applying the wrong remedies.”

Some things never seem to change.