“Is that glow from a fire on the other side of the hill?” Samantha asked, pointing towards the hills to the west just across the creek. “Maybe we need to get outta here before it spreads this way.”

“I don’t smell any smoke and I don’t hear any sirens,” Marc noted, “so I think it’s just a very striking sunset with the rays of the setting sun behind the hills and lighting up the sky beneath the cloud.

“Yeah,” Samantha agreed. “The breeze is blowing in that direction. besides, if there was a fire, we’d surely be able to smell the smoke from here.”

“True,” Marc agreed. “I’m going to light the campfire so that we can grill those fish we caught today.”

“Yum. And then, after we clean up, we should get into the tent and hit the sack, since we need to leave early tomorrow morning if we’re going to get home before nightfall tomorrow,” Samantha said. “It’s a long bike ride.”

Or we can make mad, passionate love before we ‘hit the sack,’” Marc said, winking at Samantha.

Marc awoke to the sounds of voices outside their tent. He sat up and glanced at his watch. 2:10 am. “What the fuck?” he said. Samantha sat up and asked what the matter was. Marc slipped on his pants and opened the tent flap.

The acrid smell of smoke filled the tent. Samantha screamed. A park ranger ran to the tent and told the two of them to grab their things and head toward the truck. “The winds shifted last night and the fire jumped the creek and is heading down to the valley in this direction. We need to get you two outta here pronto.”

So this is the last “official” WordPress daily one-word prompt. It’s fitting that today’s word is “retrospective,” which means “an exhibition or compilation showing the development of the work of a particular artist over a period of time.”

I have been participating in this daily prompt pretty much since I started the blog last May. If you want to view a retrospective of my responses to these prompts — and you have nothing better to do with your valuable time — go to my Tag Cloud and click on “one-word prompt.” It’s pretty large. You can’t miss it.

But, as they say, all good things must come to an end. The past is the past and it’s time to look to the future. Whatever will be will be. And in the end, the love you take is equal to the love you make.

Okay, Fandango. Enough with the trite and barely applicable platitudes.

I image that there are going to be quite a few bloggers who are going to attempt to make up for this abandonment and betrayal from WordPress by starting their own daily prompts.

Well, starting tomorrow I’m going to be one of those bloggers. I’m calling it “Fandango’s One-Word Challenge,” or FOWC for short. I will choose a word and write a post built around that word.

If you’d like to FOWC with me, please feel free to do so. Be sure to tag your post #FOWC and link it back to my daily FOWC.

This week’s Mindlovemisery’s Menagerie Tale Weaver prompt is about something from days of old. It could be stories about something “you remember as a child in relation to life at the time.”

What I’m about to relate to you is a tale of something horrible that happened to me when I was about ten — something that traumatized me, forever altered my perception, and permanently changed my life.

Every other Sunday my mother would go to the local Jewish deli and pick up cold cuts for supper. One Sunday my mother wasn’t feeling well, so my father agreed to make the deli run. I was thrilled when he asked me to accompany him.

I watched intently as my father ordered the various cold cuts — a pound of corned beef, three-quarters of a pound of pastrami, half a pound of salami.

The butcher pulled out these hunks of meat and put them on the slicing machine, the thin slices falling to his bare hand before he placed them, neatly arranged, on waxed paper.

Then my father asked for a half pound of tongue. And that was when the trouble began.

I saw the butcher put this huge cow’s tongue on the counter. He smiled at my father, who, incredibly, smiled back and nodded his head in the affirmative.

The butcher starting trimming off some of the fat from the tongue before putting it in the slicing machine. And that was when it first occurred to me that the thinly sliced deli meat wrapped in waxed paper that my mother called “tongue” and that she brought home from the deli every other Sunday was sliced from an actual cow’s tongue.

At ten-years-old, I hadn’t yet made the cognitive connection between the cold cuts in my sandwich and some doe-eyed, tail-swishing, milk-producing moo-machine down on some farm. I figured tongue was just a word, like salami or pastrami. As far as I knew, cows didn’t have anything on their bodies called a “salami.” Oh wait, maybe they did. Yikes!

I was horrified. I backed off and slowly made my way to the other side of the deli, working hard to stifle an almost overpowering gag reflex. Seriously, what kind of sadistic people were my parents for feeding me the tongue of a cow? What would be next? Eye of newt and toe of frog?

To this day I am plagued by the memory of that huge cow’s tongue being trimmed and sliced up. It still sends chills up and down my spine.

Many decades have passed since that fateful trip to the deli with my father and I have never again had a tongue sandwich or even tasted a slice of tongue.

Eli’s father, Alexio, emigrated to the States from Vendas Novas, Portugal when Eli was only two. Alexio was a shoemaker back in the old country and opened a cobbler shop in Newark, New Jersey, where he and his family settled. Alexio taught Eli everything there was to learn about the craft, but Eli spurned his father’s wishes, went to college, and became a lawyer.

That was decades ago. Now his wife had passed, his kids were grown and living their own lives, and most of his friends had either passed or moved away. Eli felt that the time was right to rediscover his roots and there was nothing holding him back.

So Eli closed his law practice, sold his home and most of his possessions, and moved back to Vendos Novas, a place he had little memory of, and opened a small cobbler shop on a steep, narrow street in town.

Now an old man, Eli rode his bicycle to his shop every morning and walk it up the steep incline each evening after closing. It was a simple life for the old timer who just wanted to live out his remaining years in the place where it began many years earlier. 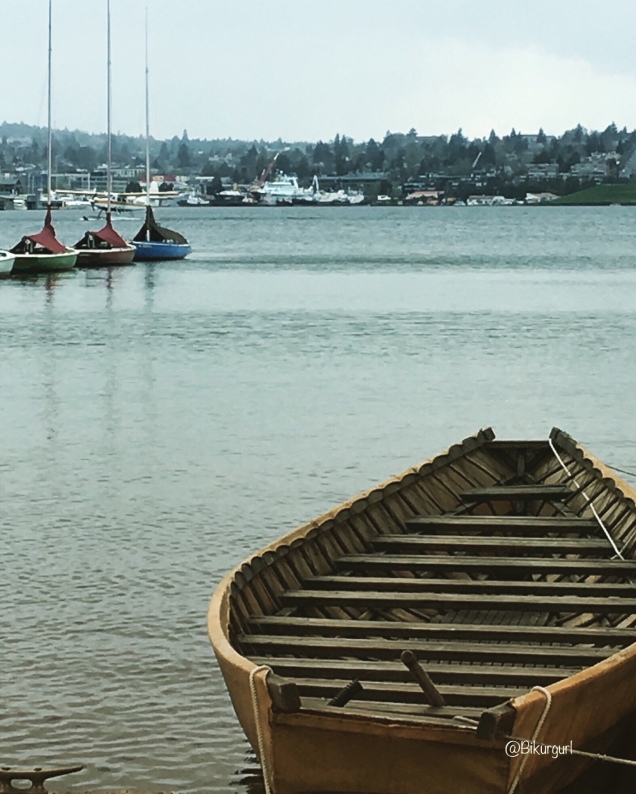 Ed was in the market for a rowboat and scanned listings on Craigslist to see what was available. He found an ad for a “hand-crafted rowboat,” something Ed found intriguing. Best of all, the guy was asking just fifty bucks.

At noon, Ed met the seller at the marina. After looking the boat over, Ed was a bit skeptical. “It looks dry now, but is it seaworthy?”

“Well,” the guy said, “it’s what you might call a fixer-upper. But with a little TLC, you’d have yourself a mighty fine, one-of-a-kind rowboat.

“Forty bucks and we’ve got a deal,” Ed said.