“So what do you think of my latest work of art?” Harvey asked his wife. “I used the wood carving kit you gave me last Christmas to make it.

Mary stared at it for a few seconds, shook her head, and said, “It’s interesting.”

“Interesting?” Harvey said. “What exactly does that mean? Don’t you think I did a good job carving it? It was tough to maneuver the tools just the right way on such a small piece.”

“To tell you the truth,” Mary said, “I’m feeling a bit ambivalent about it.”

“Why would you say that?” Harvey asked. “Either you like it or you don’t.”

“It’s actually very good, Harvey,” Mary said. “But why did you decide to carve that image? You know how I feel about him.”

“It was my call, and it’s not my fault that you feel that way about him,” Harvey said. “Besides, I think the carving is a little understated.”

“You’re right, Harvey, it’s not your fault that you carved an image of a man I despise,” Mary said.

“And it won’t be my fault when I take your sledge hammer and smash that abomination you carved to smitherines.” 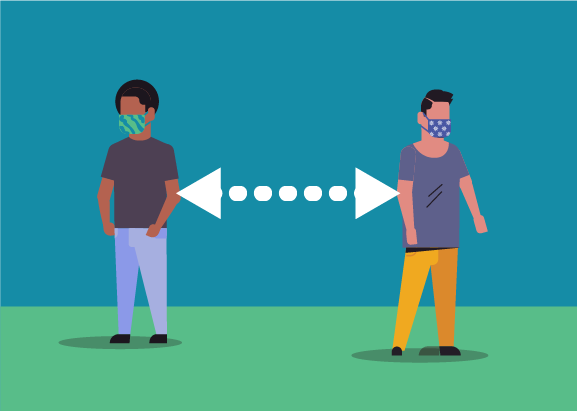 “The man has absolutely no empathy,” Seth said. “He couldn’t care less about the huge number of Americans who have gotten sick and died from this pandemic.”

“I know,” Carol agreed. “All he cares about are his ratings and he’s trying to leverage the pandemic to help him get re-elected.”

“He thinks that his actions will somehow burnish his reputation, but all it’s doing is exposing to people what a moron he really is,” Amanda added.

“Right,” agreed Jack. “He’s telling businesses and restaurants to reopen and is encouraging the public to go out and resume their lives the way they were before the pandemic. He should, instead, be listening to the professionals and telling people to be patient and to stay at home and to maintain proper social distancing until it’s proven to be safe again.”

“Any normal president would do that, but he’s not normal,” Seth said. “He’d rather lie if it makes him look good than to tell the truth.”

“It’s unbelievable how fast this has happened to our country,” Carol said. “In fewer than four years he and his Republican enablers have destroyed an America that it took 230 years to build.”

Gaspard put down his suitcase and wiped the sweat from his brow. Finding her was clearly a bigger challenge than he had anticipated. He was definitely lost. He looked around and saw a passerby and waved at him. “Pardonnez-moi,” he said to the man. Then, in a thick French accent he said, “I am looking for a street. The name is Legosee.” Gaspard handed the man a piece of paper.

“Ah,” the man said, “It’s pronounced ‘Legacy,’ Legacy Lane.” The man pointed to his right and said, “It’s three blocks in that direction,” and handed the piece of paper back to a Gaspard.

“Merci, monsieur,” Gaspard said, tipping his hat to the man. Gaspard then picked up his suitcase, and headed in the direction of Legacy Lane.

A few minutes later Gaspard found himself standing on Legacy Lane in front of a quaint home in a quiet neighborhood. He thought to himself, I have finally found the street where you live.

He took a deep breath, gathered his wits about him, walked up to the front door, and rang the bell. “Who is there?” he heard a woman’s voice with a French accent ask.

“Vous m’avez blessé par balle et gravement. Alors tu m’as laissé là pour mourir [You shot and critically wounded me. Then you left me there to die],” he said.

Gaspard pulled out a pistol and shot the woman right between the eyes. “Les remboursements sont une chienne [Paybacks are a bitch],” he said looking down at her corpse sprawled out just inside the doorway. He put his pistol back in his pocket, picked up his suitcase, and walked away from Legacy Lane.

Written for Paula Light’s Thursday Inspiration, where the theme is “street.” Also for these prompts from yesterday: The Daily Spur (suitcase), Word of the Day Challenge (challenge), Ragtag Daily Prompt (challenge), and Fandango’s One-Word Challenge (legacy). And to those of you who actually speak French, I used Google Translate to convert English to French, so if my translation is bad, well, pardon my French.

“I’ve never seen anything like this in all of my years as a psychiatrist,” Dr. Reginald Philpot said. “Elizabeth has 16 unique personalities that I have personally identified and been in contact with each one of them. This has to rank near the very top of such cases.”

At the risk of sounding pedantic about, I know that there have been other cases of more severe dissociative identity disorder than this one,” Claudine Murray, a graduate student pointed out. “There is a woman in London, a painter, who has more than 100 separate personalities.”

“Well, that may be the case, Miss Murray,” Philpot said, defensively, “but I still believe that my unique therapeutic techniques and methods of my Elizabeth, with her 16 personalities, have been truly effective, and when I publish my study, the response will be nothing short of lavish.”

“What is it, doctor, that makes your therapeutic techniques so unique and effective?” Claudine asked.

“I’m so glad you asked, Miss Murray,” Philpot said. “It involves a high degree of intimacy.”

Claudine raised an eyebrow and glared at Dr. Philpot. “By ‘intimacy,’ doctor, you don’t mean….”

Dr. Philpot interrupted Claudine. “Yes, that’s exactly what I mean, Miss Murray. “I’ve had sex with each and every one of Elizabeth’s 16 personalities and it’s been the best sex I’ve ever had…by a factor of sixteen.”

“What a relief,” Malcolm said. “This whole coronavirus thing is finally behind us.”

“Where did you hear that?” Aaron asked.

“I just heard the president say it in his own voice at his daily coronavirus press briefing,” Malcolm said.

“Is that a fact?” Aaron asked sarcastically. “Behold the almighty King Trump, the stable genius who knows more about everything than the scientist, the doctors, and the generals. And you believe whatever bullshit comes out of his mouth, huh?”

“He’s the president, he should know, right?”

“Malcolm, my dumbass friend,” Aaron said, “it’s because of gullible imbeciles like you that our country is in the sad state it’s in.”