This week’s Photo Challenge is to share a photo of something that is dearly loved.

Well, maybe the cat doesn’t love me dearly — until it’s time for him to eat. A judge in Texas interrupted jury deliberations to let the members of the jury know that “God wanted a not-guilty verdict.”

I’m not making that up. It seems that a Texas district court judge, Jack Robison, told jurors that he had talked with God and that God told him to intervene on behalf of a woman accused of trafficking a teenage girl, her niece, for sex.

“When God tells me to do something, I gotta do it,” Robison told the jury.

Fortunately, the jurors ignored the will of Robison — and, apparently, of God — and found the defendant guilty of the charge. The judge then recused himself before the sentencing phase. The defendant’s attorney asked for a mistrial, but the new judge denied the request and the jury sentenced the woman to 25 years in prison.

In an unrelated tale, how many of you know that you’re not supposed to carry a loaded gun onto an airplane? Good for you if you do know that. Some people apparently don’t.

Federal law does allow for passengers to transport unloaded guns in a locked, hard-sided container. It must be declared, and the gun cannot be packed in a carry-on.

And yet, according to the TSA, more people this past year were packing heat in airports across the country than ever before. The TSA reported that in 2017 a record-breaking number of firearms in passengers’ carry-on bags for the 10th year in a row.

Airport security screeners uncovered almost 4,000 firearms last year, representing a 16% increase from 2016. The majority of those guns — 84% — were loaded.

These guns were discovered at 239 airports nationwide, with Hartsfield Jackson Atlanta International Airport taking the top spot with 245 guns.

Harry looked around to see if anyone had seen him trip and fall. He was sprawled out on the wet pavement, his suit soaked, his ego bruised, but no bones appeared to be broken.

He remained in his prone position, almost admiring his unique rat’s eye view of the city. He saw himself reflected in the man with the umbrella trying to stay dry as he rushed off to spend his day sitting in his cubicle punching numbers into his computer.

That was the moment when Harry decided to get off of life’s conveyor belt and quit the rat race.

He was known for his insightful, folksy quotes, like the one above, which resonates with me because English often doesn’t make any sense. If it wasn’t my native language, I’m sure I’d never be able to master it.

Another quote of his that I like is “To err is human; to admit it, superhuman.” Clearly, our president is not superhuman. I’m not even sure he’s even human.

Or how about this one? “A pun is the lowest form of humor, unless you thought of it yourself.”

And then there’s “Life expectancy would grow by leaps and bounds if green vegetables smelled as good as bacon.”

But I digress. If you’re interested in reading more of Don Larson’s witty quotes, they can be found here. 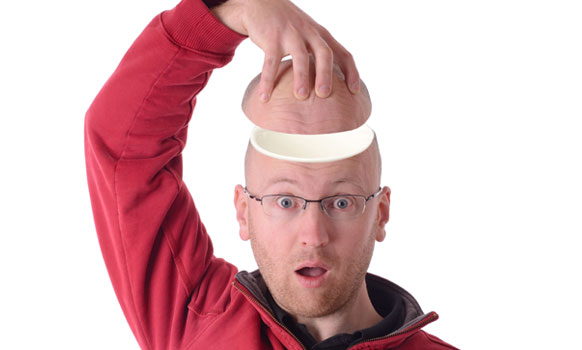 I was going to write a post in response to today’s one-word prompt, “cavity,” with a snarky post about how Trump supporters have a cavity in their heads where their brains should be.

Or perhaps how Donald Trump, his GOP enablers in Congress, his big business cronies, and his Russian backers have a cavity in their chests where their hearts should be.

But then I thought better of it because, well, I have good teeth. The last time I had a cavity was when I was ten years old. And I’m now quite a bit older than ten.

I did have to wear braces during my teen years. And because I inherited relatively large teeth from my father and a relatively small jaw, courtesy of my mother, I had to have four teeth extracted in order to get my large teeth to properly align in my small mouth.

Unlike most people I know, I don’t mind going to the dentist. During my twice yearly visits, the dental hygienist scrapes the accumulated plaque from my teeth and shines them up. Easy peasy and relatively painless.

Then the actual dentist comes in, checks everything out, tells me it all looks good, and then complains that he’s not making any money off of my mouth.

I bet he voted for Trump.