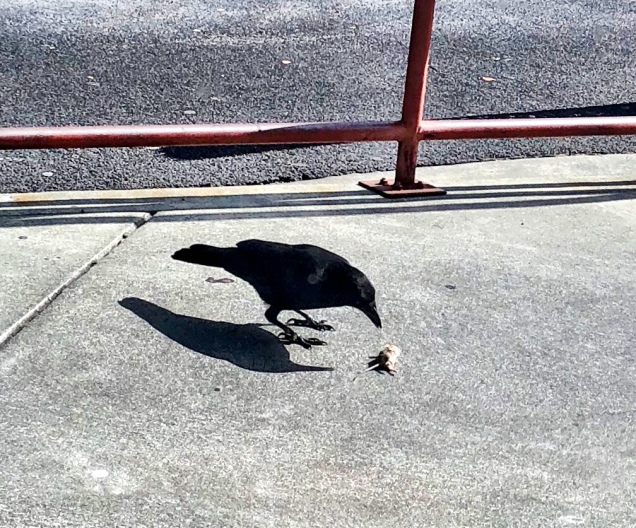 My wife and I were at an outdoor café having lunch when she saw a little mouse scurrying across the sidewalk just in front of our table. And then we witnessed a crow swoop down and catch the little mouse in its beak. The crow, still right in front of us, proceeded to peck at the poor little critter until it no longer struggled. And the crow continued pecking at the mouse’s carcass, removing bits and pieces of the mouse’s innards. The happy crow was clearly enjoying a nice hot meal and I was fascinated by what we were witnessing.

Sadly, Mrs. Fandango was not all that thrilled. First, she was freaked out when she saw the mouse, especially since it came from the direction of the café at which we were dining. And then, when the big black crow swooped down and caught the little, brown, defenseless mouse, she curiously felt sorry for the little rodent.

The scene also caused my wife to lose her appetite halfway through the meal. So, despite my seeing the whole thing as great entertainment, I paid the bill and we left.

At least when we got home, our cat hadn’t caught, killed, and brought a rat from the backyard into our house, as he has occasionally done.

A blogger I follow, whose blog is titled “Proscenium,” decided to create a new, weekly challenge called Friday Follies. The object of this challenge is to write a post showing “any kind of sign, flyer, ad, etc. that you may see posted or printed or whatever/wherever, that would, might, or might not be, intentionally or unintentionally, a mistake or could be interpreted the wrong way, misspelled, be a double entendre or just outright hilarious.”

I actually wrote a post in September 2017 titled “Speak American” that I believe meets the object of this challenge. So I’m going to repost it below. Enjoy. 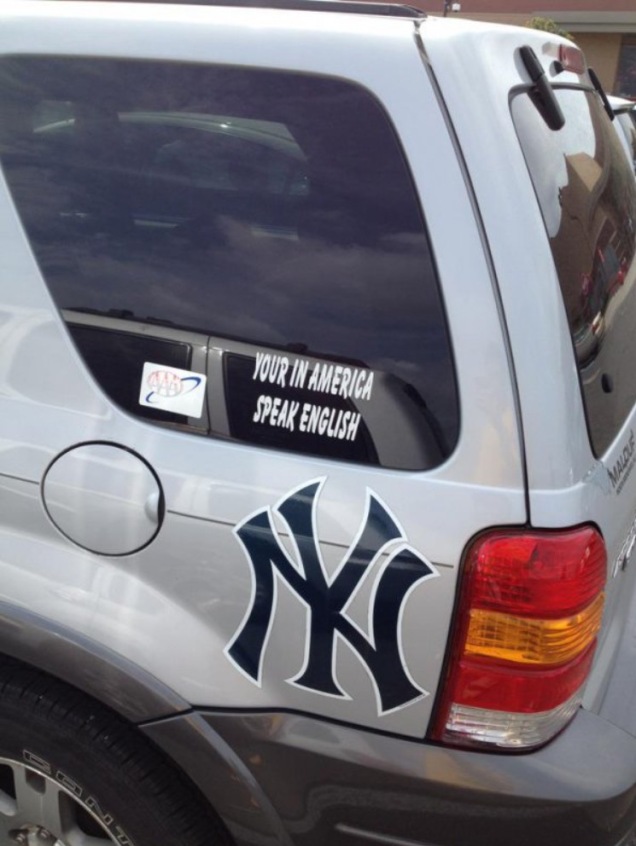 I love this photo on so many levels.

First, being the grammar and language pedant that I am, there’s the misuse of the word “your.” I don’t need to tell you that it should read “You’re in America.”

And, of course, there should be some punctuation between the first line and the second. A period, a colon, a semicolon. At the very least, a comma.

But it’s the irony of the message that is priceless. Telling someone to speak English because he or she happens to be in America and, while doing so, displaying a complete lack of mastery of the English language. How exquisite is that?

Gee, I wonder if whoever put that decal on the car window is able to speak the native tongue of any non-English speaking country he may visit.

Nah. That Yankees fan probably has never even been outside of the five boroughs of New York City. Well, maybe he’s been to New Jersey. 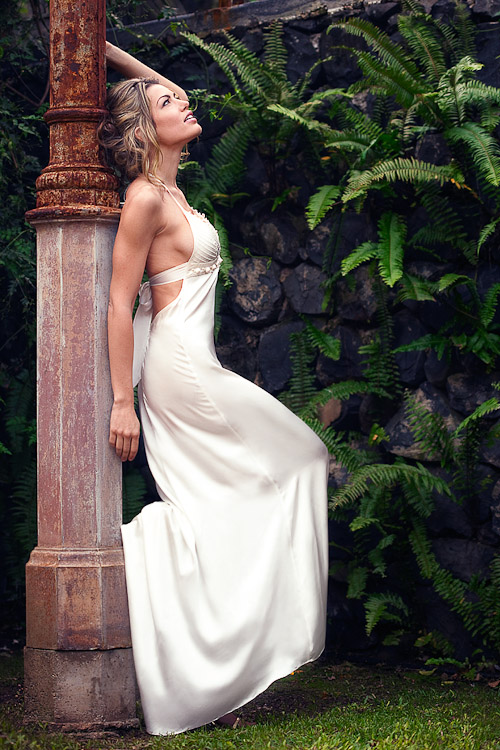 Cass was a nightmare in white silk and pearls. She looked absolutely stunning in the golden glow of the lantern. There was little doubt in Cass’ mind that she could make most men’s hearts soar.

James knew that, despite how impressionable he could sometimes be, he couldn’t let himself slide down her rabbit hole. He, of all people, understood how easily she could, like the spider and the fly, lure men into her toxic web of deceit and destruction. He had to maintain some sort of separation between what he was seeing and what he was feeling.

And yet, despite realizing what would likely happen should he let her get under his skin, he, like the proverbial moth drawn to her flame, would, yet again, get consumed by her. He understood that it was his destiny to succumb to her irresistibility. 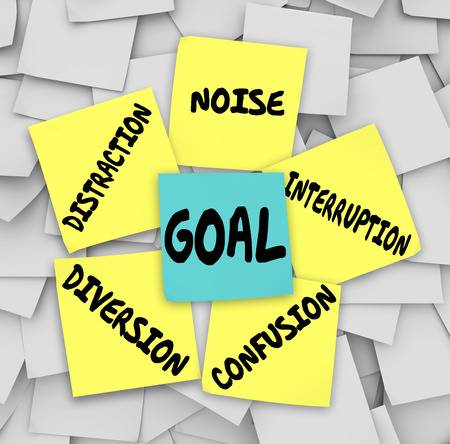 When you read this post, you’ll probably think I’ve gone off the deep end, or that I’m extremely cynical. You may say I’m a skeptic, maybe even paranoid. And some of you might suggest that I’m hawking a crazy conspiracy theory.

But consider this. So far there have been 12 pipe bombs delivered or mailed to some very high powered Democratic politicians, including Barack Obama, Hillary Clinton, Joe Biden, Maxine Waters, and Eric Holder. Some of those bombs were sent to Trump critic and former CIA Director John Brennan, the liberal billionaire donor George Soros, and outspoken anti-Trump actor Robert De Niro.

The good news is that none of the pipe bombs detonated and no one has been injured. The FBI confirmed that these were “live” bombs (i.e., not fakes), but there are questions, based upon the way they were constructed, about whether or not they would actually function (i.e., detonate).

Now consider this. The stories of these attempted bombings have dominated the news over the past three days. The bombings have essentially pushed some other very disturbing stories off the news:

So why am I bringing up these items that would otherwise be making headlines but aren’t because of these pipe bombs? Well, might it be possible that we are dealing with a real life “Wag the Dog” scenario? (If you’re not familiar with “Wag the Dog,” click here.)

Could Republican political operatives — with or without Trump’s knowledge — be behind these “bombs” in order to distract us from other, more important issues? Could these apparently poorly made and possibly incapable of detonating bombs merely be a way of diverting attention away from all of the other awful things that Donald Trump and his administration are doing just below the radar?

Yes, I know…I’m nuts. But is it any more inconceivable that Republican operatives are behind these bomb attempts than, for example, Trump’s claim that there are “unknown Middle Easterners” traveling with the group of Central American migrants moving north through Mexico toward the U.S.? Or Mike Pence’s statement that “It’s inconceivable there are not people of Middle Eastern descent” in the migrant caravan?

Seriously, as crazy as it sounds, nothing would surprise me anymore.

Welcome to October 26, 2018 and to Fandango’s One-Word Challenge (aka, FOWC). It’s designed to fill the void after WordPress bailed on its daily one-word prompt.