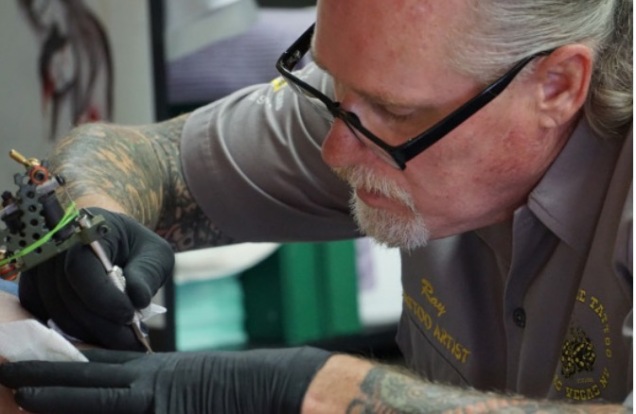 Said he was a professional tattoo artist for fifty years. Looked like a trustworthy grandfather. Who knew he couldn’t spell nothing? 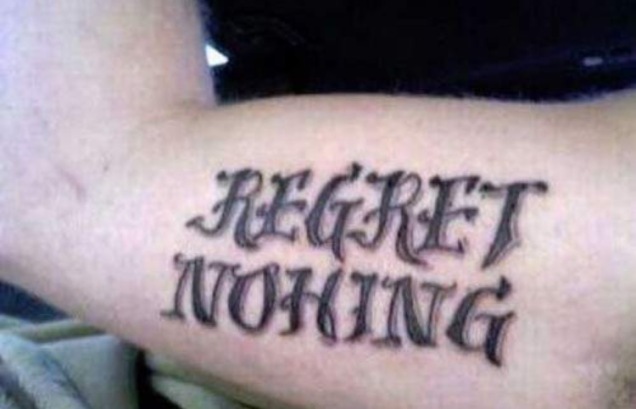 This post is my entry for this week’s Twittering Tales challenge from Kat Myrman. Photo credit: favoritesunfl at Pixabay.com I don’t like summertime. It’s hot. It’s muggy. There is thunder and lightning, which is very, very frightening…to my dog. And to me.

And then there are the kids. They’re off school. They’re everywhere. Those damn rug rats run around screeching and making messes with their melting ice cream cones and gooey chocolate candy to step in or sit on. The lines to get in anywhere are longer than during any other season because of all those freakin’ kids who are on their damn family vacations.

And talking about overcrowding, try going to any beach in the summertime. What a zoo!

Because of the laws of supply and demand, gas prices go up in the summertime. The highways are jammed with vacationers traveling hither and yon, making getting from point A to Point B take at least twice as long.

So go ahead, people, and celebrate summertime. I offer you a big, fat bah humbug to this crazy season. I’m just going to sit here, stew, and write a post about how I have a bad case of the summertime blues.

This post is written for this week’s Manic Monday prompt from Sandi over at Flip Flops Every Day.

And for what it’s worth, I don’t really hate summertime. Well, not as much as one might think after reading this post, anyway.

Henry was watching the guy at Subway prepare his sandwich, a foot-long Italian BMT.

Henry was very particular about the way his sub sandwiches ought to be constructed. He watched carefully as his was being prepared. “More lettuce,” Henry demanded. “More olives, too.”

The sandwich maker glanced up at Henry but continued to work on the sub. When he had finished making the sandwich and was about to wrap it up, Henry told him to stop. Henry looked at the prepared sandwich and frowned. “This sub is substandard,” Henry said. “It’s definitely sub-par.”

“I’m sorry, sir,” the guy replied, “but this is our standard sub. I made it the standard way, but with extra lettuce and olives, as you requested.”

“Standard sub!” the guy behind the counter responded, in an equally loud voice.

As if on queue, the supervisor emerged from the back of the store. He walked around to the front of the counter and confronted Henry. “My subordinate should not be subjected to such sub-optimal behavior from you. I submit to you, sir, that your sub sandwich meets all the standards of our sandwich shop. You must immediate cease this subjugation of my subordinate or I will require you to leave this Subway.

Henry hungrily eyed the sub sandwich. He was starving and, in a gesture of submission, he said, “Fine, I’ll take your substandard Subway sub sandwich.”

“It’s not substandard,” yelled the guy who had made the sandwich. “It’s a standard sub!”

Alex came running over to his son to see what had him so excited.

“What is it, Daddy?” Billy wanted to know.

“I’m not sure, Son,” Alex responded. “If only it could talk, it could tell us its story.”

Both Alex and Billy were startled when the head looked at the two of them and asked in a kindly voice, “What would you like to know?”

“Not in front of the boy,” scolded the head.

“What are you?” Alex asked, holding Billy by the shoulder and moving him slightly back from the museum display case.

“A head case as in a crazy person?” Alex asked.

“Oh no,” responded the head. “I am what I appear to be, a head that resides in a case.”

“Where’s the rest of you?” asked Billy.

“Do you have a name?” Billy wanted to know?

“It’s Hedwig Lamarr,” the head responded. “But my friends just call me Hedy.”

this post was written for this week’s Sunday Photo Fiction.

“Here,” she said as she pushed a can of Pledge and a cloth toward him. Pointing to the shelves on which they kept their nick nacks, she ordered, “Go dust.”

He looked at her with disgust.

“And when you’re done with that,” she continued, “grab the wire brush and from the patio table and chairs remove all the rust.”

This whole day, he thought, will be a bust.

“And the dryer is out of balance. Its feet you need to adjust.”

With a sense of resignation, he sighed, “Fine. But as a reward, can you please whip up your famous pecan pie with a graham cracker crust?”

“I would,” she said, “but you know your need to lose weight is something we’ve already discussed.”

“This is so unjust,” he fussed.

She looked at him with distrust. “But these chores are a must,” she said.

And so into his chores himself he thrust, yearning the whole time for his days as a bachelor with lust.