…who is grossed out by these ads that appear at the bottom of a lot of blogs (at least on the WordPress app on my iPhone)? 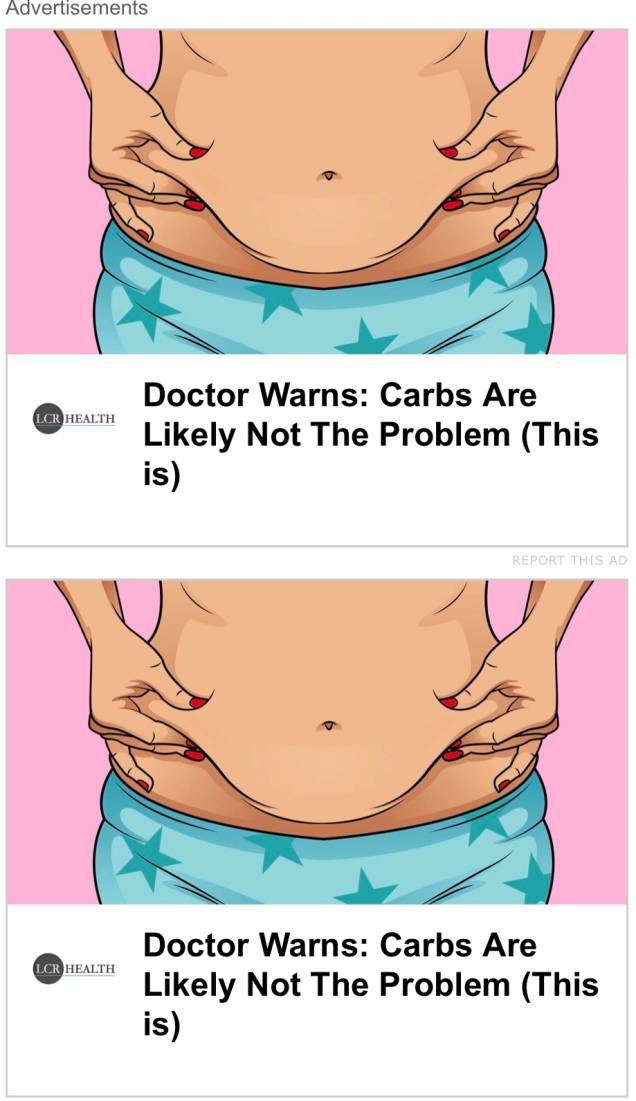 I used to stand outside of the old stone building, wondering who lived there and what was going on inside. I never saw people going in or out. Sometimes I would see a silhouette in the small window above side door. But I couldn’t see any features to identify the age or gender of the individual.

I asked around, but no one knew for sure what the purpose of the building was. Some claimed it was home to a reclusive religious sect. Others argued that it was a medical treatment center for the indigent, or a hospice for the terminally ill. Another theory was that it was a secretive government facility that could only be accessed via an elaborate labyrinth of underground tunnels.

It wasn’t until after I was arrested, charged, tried, and found guilty that I learned the truth about the old stone building. That’s when, very late one night, I was escorted, through that same side door that I used to watch, into the hospital for the criminally insane.

We have become a nation dominated by extremists. You’re either dead right or you’re dead wrong. There seems to no longer be any middle ground. Far right or far left, with an ever decreasing political center.

Candidates seem to be wearing rose-colored glasses, uncritically and unquestioningly following their party’s talking points. No one is listening. Compromise is a dirty word. Negotiation is a sign of weakness. Partisanship at any cost is flowing like an ever-growing rivulet through the labyrinth of government bureaucracies.

In the meantime, across the globe, far-right politicians are winning elections by stoking fears, fanning the flames of unrest, and appealing to the poor and disenfranchised. And the climate change deniers who are now in charge are ignoring the facts and crying hoax while our planet is dying.

Please, America, be sure to vote a week from today. We need to stop this insanity. 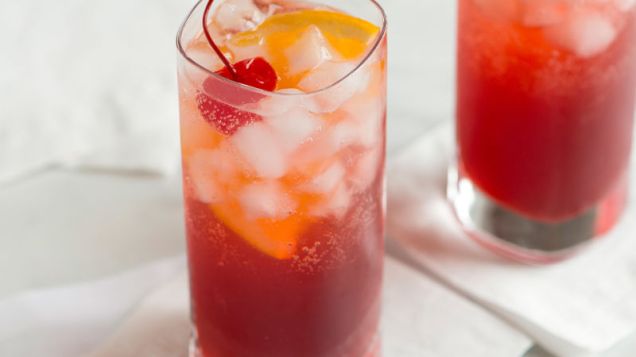 In case you’re not familiar with sloe gin, it’s a sweet, red, blackthorn — or sloe — plum flavored liqueur with a gin base. A sloe gin fizz is a cocktail made with sloe gin and club soda.

Why am I explaining this to you? Well, in a post the other day, I responded to this question: “What was the most embarrassing thing you have ever done while on a date?” with this answer: “Threw up all over her. (It’s a long story.)”

Several people who read my answer expressed an interest in hearing the story. So here it is, and it involves sloe gin fizzes.

My best friend Pat and I were seniors in high school. He lived down the street from me and was dating Charlotte, who had a younger sister, Cheryl. Charlotte was a looker, so when Pat asked me to go on a double date with Charlotte and Cheryl, I didn’t hesitate for a second.

Cheryl, a year younger than Charlotte, was a knockout, with long, flowing, light brown hair, huge doe-eyes that you could get lost in, a pouty mouth with full, juicy lips, and oh, that body of hers!

The four of us went out to dinner at an Italian joint, but because we were under-age, we couldn’t have any alcohol with dinner. No worries, though. Charlotte’s favorite drink was the sloe gin fizz, and Pat had somehow managed to acquire a fifth of sloe gin. The plan was to, shall we say, loosen up the sisters a bit with the cocktails. Although I’d never even heard of sloe gin before that night, Pat assured me that it “works” and that we were going to both get lucky!

Pat’s parents were conveniently out of town for the weekend, so after dinner the four of us went back to Pat’s house to, um, hang out. We headed downstairs to the recreation room and Pat mixed us each a sloe gin fizz, adding a little extra dash of sloe gin in the girls’ drinks.

It didn’t take long before the small talk stopped and the making out started. Pat would periodically stop kissing Charlotte long enough to mix some more sloe gin fizzes.

After a few more cocktails and a lot of serious making out, Pat and Charlotte got up and left the room. As he passed by, Pat whispered to me that his parents’ bedroom was “available.”

Being the suave, sophisticated guy that I was, I suggested to Cheryl that we check out the king-sized bed in Pat’s parents’ room. She smiled as we headed to what I was sure was going to be the closest thing to paradise I’d ever experienced. Did I tell you that she was a knockout?

Pat’s parents’ bedroom was painted in some sort of dusty rose color. A white, tufted bedspread covered the king-sized mattress. There were long, white draperies over the windows and white shag carpeting on the floor. Hey, it was the 60s, okay?

Once in the bedroom, Cheryl sat demurely at the foot of the bed and I essentially jumped her. We were going at it hot and heavy, layers of clothing tossed aside until we were both down to our skivvies. Everything was going better than I could possibly have imagined.

Maybe it was my being unaccustomed to consuming vast quantities of sloe gin, coupled with the sexual excitement I was feeling, but suddenly and without warning I was throwing up all over the place.

The stuff spewing from my mouth was very red. I threw up all over Cheryl and all over the white bedspread. As I got up and ran to the bathroom, it just kept coming out, leaving a bright red trail on the white shag rug from the bed to the bathroom.

Once in the bathroom, I flipped open the toilet seat lid and filled the bowl with a stream of red liquid mixed with traces of yet undigested veal parmesan and spaghetti in marinara sauce.

And then, my arms wrapped around the porcelain goddess, I passed out on the bathroom floor.

Cheryl was livid. She burst into Pat’s bedroom and interrupted what was about to be a consummating moment between Pat and Charlotte. Cheryl demanded that Pat drive the two of them home that instant.

Pat was not a happy camper the next morning when he walked into the master bathroom and woke me up. Once I could focus my eyes, I saw what looked as if some horrific homicide had occurred in Pat’s parents’ bedroom. The red residue from the sloe gin that I had heaved up resembled a blood splattered crime scene one might see on a “Criminal Minds” episode.

I knew that there was no way we could clean up that mess before his parents got home. And even after we washed the bedspread, the sheets, and the towels, the pure white shag carpet was pretty much a lost cause.

It was a memory night! 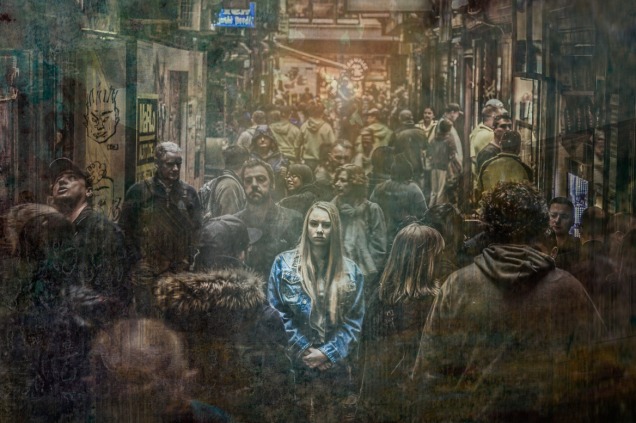 Jan had been talking to a guy at a local bar. He must have slipped something into her drink because she couldn’t remember how she got here.

As she looked around at the throng of people milling about in the alleyway, she realized that she didn’t know a soul. She felt totally alone.