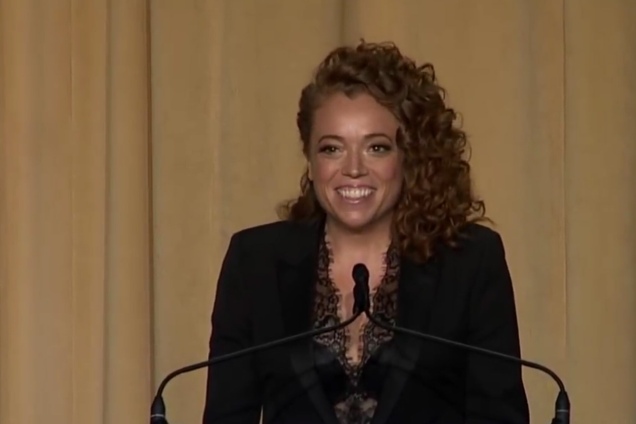 Did you watch Michelle Wolf’s performance at the White House Correspondents’ Dinner on Saturday night? I did. And I thought she was hilarious. Yet, her spot-on monologue has spurred a wave of indignation among Republicans and even some journalists.

Sure, it was on the raunchy side. And yes, she used some not-ready-for-prime-time language. But come on, people. The role of the comedian at the White House Correspondents’ Dinner has evolved into the equivalent of the host of a celebrity roast. Only with the President and his administration being roasted. Have you ever watched a celebrity roast? They can get pretty down and dirty.

Who can forget when Seth Meyers, host of the WHCD in 2011, threw some wicked shade at Donald Trump? “Donald Trump has been saying he will run for president as a Republican, which is surprising, since I just assumed he was running as a joke,” Meyers said.

Meyers added, “Donald Trump said recently he has ‘a great relationship with the blacks,’ but unless ‘the Blacks’ are a family of white people, I bet he is mistaken.”

Even then-President Obama poked fun at Trump, saying, “Just recently, in an episode of ‘Celebrity Apprentice’ at the steakhouse, the men’s cooking team did not impress the judges from Omaha Steaks. And there was a lot of blame to go around. But you, Mr. Trump, recognized that the real problem was a lack of leadership. And so, ultimately, you didn’t blame Lil’ Jon or Meatloaf. You fired Gary Busey. And these are the kind of decisions that would keep me up at night.”

So what did Michelle Wolf say that got people’s bowels in an uproar? She accused White House Press Secretary Sarah Huckabee Sanders of lying. In other words, she told the truth.

“Every time Sarah steps up to the podium,” Wolf said, “I get excited because I’m not really sure what we’re going to get. You know, a press briefing, a bunch of lies, or divided into softball teams.”

What’s the big deal? Everyone knows that Sarah Huckabee Sanders lies all the time. She restates and defends virtually all of the lies, misstatements, and untruths that come from her boss’ mouth.

Fantastic, right? And she got some good laughs. At first. But when she started going after the press, the mood in the room quickly changed. “What no one in this room wants to admit is Trump helped all of you,” she said. “He couldn’t sell steaks, vodka, water, college, ties, or Eric. But he has helped you sell your papers, books, and TV. You created this monster, and now you’re profiting off of him.”

All of what Michelle Wolf said was absolutely true. Yet, the head of the White House Correspondents’ Association, Margaret Talev, felt the need to issue a formal apology afterwards for “the entertainer’s monologue.” Talev said it was not in the spirit of the mission to “offer a unifying message about our common commitment to a vigorous and free press while honoring civility.”

Right. Never mind that Donald Trump calls the free press the enemy of the American people and continually denigrates the “failing” New York Times, the Washington Post, CNN, and even takes personal shots at many mainstream media reporters.

While Sarah Huckabee Sanders and Kellyanne Conway repeat and reinforce all of Trump’s lies.

So apparently Michelle Wolf is suffering slings and arrows from all sides. I wonder if speaking the truth is going to be a career setback for this young, promising comedian. Is she going to be the victim of a real witch hunt?

I was astonished at how distracted that orange buttonhole in a blue sport coat distracted me. I couldn’t take my eyes off of it. And when I pointed it out to my wife, she, too, was astonished.

After watching the Stephanopolous interview, I looked in the back of my closet at the two sport coats and two suits I still have but haven’t warn since I retired. Sure enough, each had a button hole on the left lapel. But none of those buttonholes was outlined in a contrasting thread like Comey’s was.

According to my exhaustive research on lapel buttonholes, the most popular explanation is that it’s a flower holder inspired by England’s Prince Albert. After he was presented with a small bouquet from Queen Victoria on their wedding day, made the gentlemanly gesture of cutting a hole in his lapel to hold the flowers. Aw, how romantic was that?

But according to GQ Magazine, the lapel buttonhole was designed to keep hats from flying away on a windy day. These hats included an elastic string with a button on the end, which could be securely attached to lapel hole.

Another theory is that, back in the day, the buttonhole on the left lapel was paired with a button sewn to the underside of the right lapel, allowing a man to button all the way up in brisk weather.

So whether the lapel buttonhole started as a romantic gesture, or as a functional item to combat wind and cold, it remains a strange, somewhat vestigial detail of the contemporary suit and sport coat. 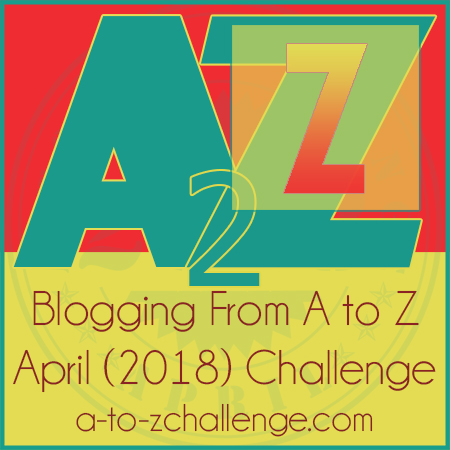 Well, this is it. The final day of this year’s A to Z Challenge. And that means that it’s also time to post about the last letter of the alphabet — Z. My Z word is “zig zag.”

Decades before medical marijuana could be sold with a doctor’s prescription and, even more recently, in a number of states that have legalized the sale and use of marijuana for recreational use, the only way to score some pot was if you knew a guy who knew a guy.

Hence, there was a vibrant underground for the buying grass. At the same time, though, a number of small, retail places that serviced the pot-smoking community sprung up in strip malls and shopping centers. These storefronts were called “head shops.”

Most head shops had a lot of psychedelic posters, black lights, multicolored plastic beads hanging from the front door and separating the front of the store from the back room, and smelled of burning incense. Some had beanbag chairs and played albums from Hendrix, Joplin, and Jefferson Airplane on the shop’s stereo system turntable.

These head shops from the late 60s through 70s didn’t sell pot or any other drugs. Their merchandise consisted of pot paraphernalia, from pot and hash pipes to bongs, roach clips, posters, and scented incense. And, of course, joint rolling papers, the best of which were Zig-Zag brand papers.

So, I dedicate this final A to Z Challenge post to Zig-Zag brand rolling papers. They really helped keep my shit together back in the day. 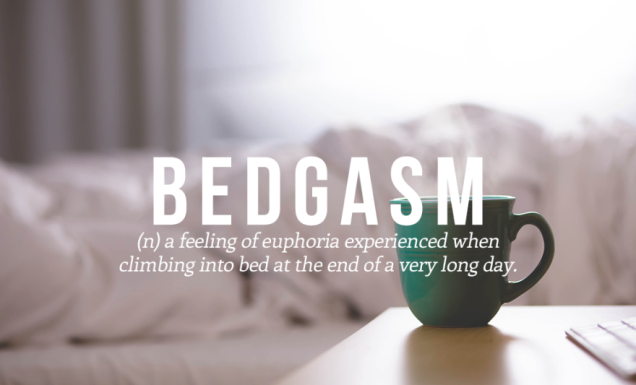 For this week’s Mindlovemisery’s Menagerie Sunday Writing Prompt, we are supposed to write about something that often eludes description: pleasure. And the not-so-subtle “hint” in the prompt’s title is “-gasm.”

I decided to veer from the obvious “pleasure-gasm” to go with something almost as pleasurable. Hell, who am I kidding? At my age, even more pleasuresble. I’m going with something called “bedgasm.”

According to the Urban Dictionary, a bedgasm is “a feeling of complete and utter euphoria which peaks when climbing into bed at the end of an 18-hour workday, a long road trip, or hours of extremely strenuous physical activity. Under perfect conditions, the physical release has been likened to that of an intense sexual experience.”

Who among us hasn’t, at some point in our lives, crawled into our nice, cozy, comfy bed at the end of the day and felt that sense of utter euphoria?

You pull your comforter over your tired, exhausted frame. You snuggle your head into your goose down pillow. A warmth envelopes your body, your soul. It’s great, isn’t it? It’s a moment of exquisite peace in an otherwise chaotic world.

We have as our president a grown man — in fact, at 71, an elderly man — who behaves no differently than a spoiled five year old child. He wants what he wants when he wants it, and if he doesn’t get it, he throws a temper tantrum.

But because he is the President of the United States of America, his temper tantrums are very public. He is so prone to throwing tantrums that it’s an unusual day that passes without a presidential tantrum.

The targets of his tantrums include the free press, cable news networks (except for Fox News), Democrats, Hollywood, Amazon and Jeff Bezos, late night comedians, Robert Mueller, Rob Rosenstein, Jim Comey, the Russia investigation, Kim Jong-Un (not so much lately, though), the FBI, the Justice Department, his handpicked Attorney General, Jeff Sessions, and almost anyone who says anything critical about him.

So here we are, America. We have elected as our president the tantrum-in-chief who is almost singlehandedly, thanks to the virtually silent Republican majority in Congress, doing what Vladimir Putin has only dreamed about. Trump is destroying the American democracy from within and undermining America’s influence around the world.