Sarah Kendzior is a St. Louis-based political commentator and author of The View from Flyover Country: Dispatches from the Forgotten America.

Sarah wrote an opinion piece today that was published in the Globe and Mail. Here is the text of her op-ed piece.

It was about more than his rage-filled, vindictive temperament, which last week prompted the American Bar Association, Republican former Supreme Court Justice John Paul Stevens, over 2,400 legal professors, his own classmates and religious organizations from multiple denominations to join an already diverse majority of Americans in deeming Judge Kavanaugh unsuitable for the highest court in America.

His flaws are so many, his unfitness so obvious, that he achieved what is often said to be impossible in the Donald Trump era: he united Americans of different backgrounds and political persuasions in common cause.

After Saturday’s official Senate vote, naming him to the Supreme Court, we are united in common anguish.

The confirmation of Judge Kavanaugh was, at heart, a referendum on the integrity of U.S. institutions and of the impunity of elites — and America failed. Senators who purport to believe in rule of law vouched for a judge who sees himself as above it. Senators who purport to believe in democracy honored a man who degrades it, and did so in deference to a man seemingly attempting to destroy it — President Trump.

Checks and balances are nearly gone. The executive branch was long ago corrupted; the independent legislature neutered by a GOP majority nakedly seeking one-party rule. Until now, the judiciary had been the strongest bulwark against autocracy, having struck down many of Mr. Trump’s unconstitutional executive orders during his first year. The Trump administration responded by packing the courts, appointing right-wing judges to lifetime appointments and purging attorneys they view as opponents. Judge Kavanaugh is the final nail in that coffin.

This is now Mr. Trump’s Supreme Court of the United States, run on white male entitlement and alternative facts. Judge Kavanaugh is expected to act as Mr. Trump’s legal lackey, exonerating him regardless of the charge or the evidence. His appointment may not only end the efficacy of the Mueller probe, but curtail other attempts to prosecute Mr. Trump or his aides on state charges, due to a case, Gamble v. The United States, that the Supreme Court is set to hear this term.

Autocrats rewrite the law so they are no longer breaking it, and they hire and fire accordingly. This is why I have been warning for years that Donald Trump, whose seemingly autocratic consolidation grows stronger every day, was akin to a criminal able to someday select his own judge or delay his own trial — and now he has. This is why a purge of the FBI was followed by a sham FBI investigation into Judge Kavanaugh, reminiscent of those of authoritarian states, with key witnesses and evidence ignored.

For the President, the confirmation of this judge is a hand-picked gift, but for ordinary Americans, he marks the end of truths we deemed self-evident. Judge Kavanaugh marks the imposition of a corrosive new reality. The Supreme Court is likely to roll back decades of hard-earned rights, particularly voting rights, civil rights, and women’s rights.

His is a lifetime appointment, meaning that barring impeachment, I will live under this cruel, extremist judge for the rest of my life, as I raise a daughter who will have fewer rights than my son, as I raise two white children who will have more rights than their non-white friends. What we are witnessing is not a step backwards for America so much as a headlong plunge into a punitive past. Adults must fight this future for the sake of the youngest Americans, who have already lost more than they ever got the chance to know.

On September 28, Senator Patrick Leahy effectively pronounced the American democratic system dead. “This Judiciary Committee is no longer an independent branch of Congress, and we’re supposed to be. The Senate is supposed to be,” he said. “We’re an arm, and a very weak arm, of the Trump White House. A resemblance of independence has just disappeared. It’s gone.”

In less than two years, America has lost the executive, legislative, judicial branches to corruption, while other checks — the media, the criminal justice system — remain badly damaged.

I admit it. I, too, was taken in by the illusion that maybe, just maybe, two or three Republicans in the U.S. Senate would have the integrity and courage to vote against the confirmation of Brett Kavanaugh. But I was wrong.

Not one Republican showed any courage whatsoever. Susan Collins talked about her support for Roe v. Wade and wrung her hands at Kavanaugh’s demeanor at the hearing, but in the end, she enthusiastically endorsed him and questioned the veracity of the sexual misconduct claims levied against him. Jeff Flake made a big show of demanding an FBI investigation, even though he and his Republican cronies knew that, with its limited scope, it would be a sham.

I’m even skeptical of Republican Senator Lisa Murkowski being the lone Republican senator to vote against Kavanaugh. I  have no doubt that, having secured Collins’ and Flake’s votes, and that of West Virginia (aka, “coal country”) Democrat Joe Manchin, Senate Majority Leader Mitch McConnell gave Murkowski the okay to vote no, since he didn’t need her vote to confirm Kavanaugh’s nomination.

Just look how jovial Chuck Grassley, Chairman of the Senate Judiciary Committee, is. Look at the joy on McConnell’s face. They are over the moon at what was always the inevitable outcome.

But the reality is that the political deck is stacked. The configuration of the U.S. Senate, with each of the 50 states having two senators, is such that about two-thirds of the senators represents only about one-third of country’s population. Wyoming, for example, has a total population of about 580,000 people, so its two senators each represents around 290,000 people. But the state I live in, California, is home to nearly 40 million people, so each of my senators represents the interests of 20 million people.  The second most populous state, Texas, has around 28 million people, so a Texan’s representation in the Senate is 1.42 times greater than for those in California.

The combined populations of North Dakota and South Dakota is around 1.6 million, but there are four senators representing the people of those two states. Twice the number of senators for four percent of the population of California.

And as of today, the United States Supreme Court is also disproportionately skewed to the right. So much for the concepts of a representative government and of “one man, one vote.”

A number of red states have passed, or are passing, laws that severely restrict access to abortion clinics, add almost insurmountable burdens, especially for the poor, to obtaining abortions, have imposed rules about waiting periods or the age of the fetus, and have established other limitations on permissible legal abortions in those states.

Many of these attempts by states to impose severely restrictive laws that essentially render abortions to be all but illegal have been appealed to federal courts and even to the Supreme Court in the past. And the courts have generally held that these state-imposed restrictions violate Roe v. Wade.

But since Trump became President almost two years ago, dozens of his picks for lower federal courts have already been installed, leaving a highly conservative imprint on the nation’s judiciary.

So Roe v. Wade will not, in my opinion, be formally overturned. But by virtue of death by a thousand cuts coming from conservative red states, it will be rendered toothless. 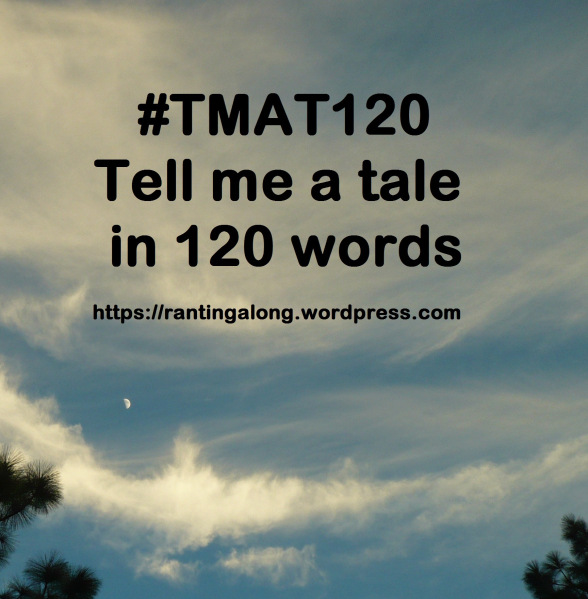 I was the baby of the family. I had two older sisters, one fifteen years older than me, the other nine years older. My older sister would take me out for walks in my baby carriage and pretend that I was her own baby and not her baby brother.

My father worked six days a week. He usually left for work before I got up in the morning and often didn’t get home from work until after I went to bed at night. On Sunday, his only day off, he was too tired to pay attention to me.

My mother was an overprotective worrier who was smothering.

I often wonder how I managed to end up relatively sane.

Written for the Tell Me A Tale prompt from Joelle LeGendre. This month’s 120 word (exactly) challenge is to write about “your family dynamics growing up.” 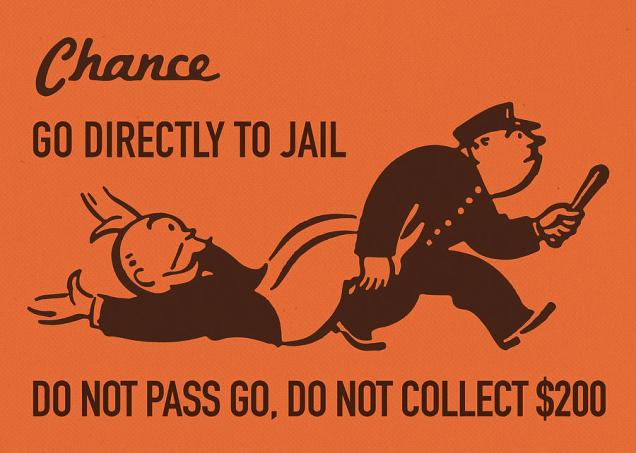 When I saw that the challenge from Linda G. Hill for this week’s Stream of Consciousness Saturday prompt was to use the word “card,” the first thing that popped into my head was the dreaded Monopoly card, the one that tells you to go directly to jail, do not pass Go, and do not collect $200. And then, being the optimist that I am, I thought of the get out of jail free card.

Then I thought of how the word “card” can be used to describe certain types of people. Like a “card shark” (or “card sharp” if you’re British) as someone who cheats at cards. Or when you refer to someone who is an amusing or odd person as a card, like in “that guy Paul is a real card.”

And then I thought about a card as a list of acts at a club, festival, or similar event, where you might want to know “who’s on the card at the comedy club tonight?”

Of course, there are card games, like poker, gin rummy, hearts, or solitaire. And greeting cards for birthdays, weddings, anniversaries, and all kinds of holidays.

Personally, though, I prefer the other variation, the one that promotes being more proactive and taking greater responsibility for how you live your life. It says, “It’s not about the cards you’ve been dealt, it’s about how you play the hand.”