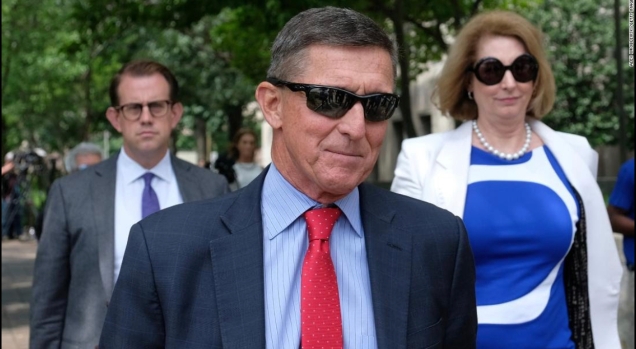 “Wait!” Josh exclaimed. “Are you serious?”

“Unfortunately, I am,” Lauren said. “The Justice Department is dropping the charges against Trump’s first national security adviser, Michael Flynn, who pleaded guilty to lying to the FBI about his Russian contacts during the presidential transition. It’s a stunning reversal by the DOJ in its case against Flynn, even though he was convicted in special counsel Robert Mueller’s investigation. Mueller had put together a detailed outline of Russian interference in the 2016 U.S. presidential election and Flynn’s role in it.”

Josh shook his head and sighed. “It’s all politics, these days,” he said. “Trump, thanks to Barr, McConnell, and all of the Republican ass-lickers in Congress, is getting away with anything and everything.”

“What else is new?” Lauren asked. “Democracy in America died in November 2016 and Trump is now acting like he’s the king.”

“Jesus Christ, that guy is like a friggin’ cat,” Hayden responded. “He’s got nine lives.”

“Well, he must have used them up because the medical examiner’s office just called and confirmed that this time he’s out for the count,”  Morrisey said.

“So how did they finally get him?” Hayden asked.

“According to the police report, after he was critically wounded in that gang-related shootout last year, but the doctors were miraculously able to save his life,” Morrisey said. “He suffered some brain damage and they had to put him in a medically-induced coma until the swelling went down. He was just released from the hospital last week and immediately went after the gang member who shot him last year.”

“I guess that didn’t work out so well for Bates, huh?” Hayden said.

“Nope,” Morrisey replied. “But I’m not sure I’d call what happened to Bates this time a murder. More like suicide by gang.”

Written for Sandman Jazz’s Writing Challenge, where the post must start with, “Iain Bates has been murdered. Again.”

Welcome to May 7, 2020 and to Fandango’s One-Word Challenge (aka, FOWC). It’s designed to fill the void after WordPress bailed on its daily one-word prompt.