Welcome to February 22, 2021 and to Fandango’s One-Word Challenge (aka, FOWC). It’s designed to fill the void after WordPress bailed on its daily one-word prompt. 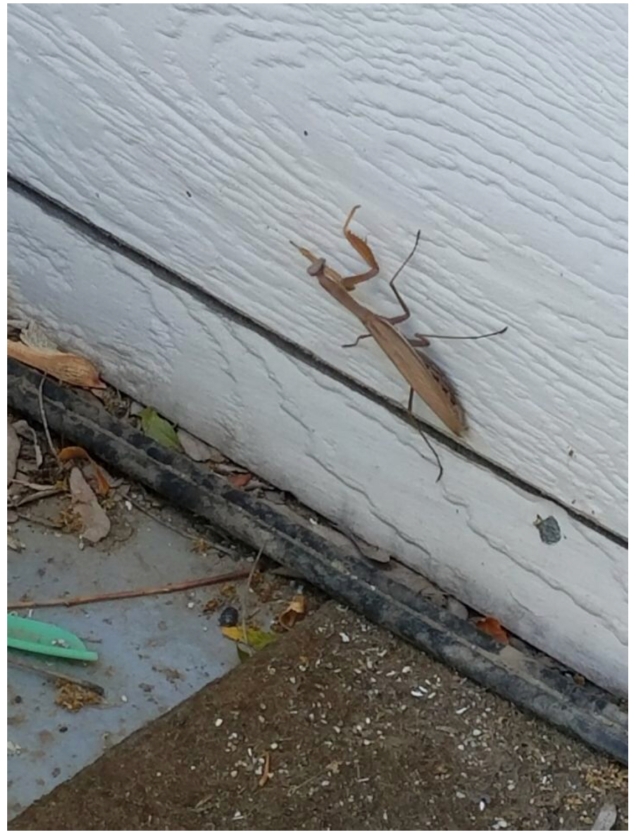 Paul was squatting on the patio gazing intently at the siding of their house with what appeared to be a vacant look in his eyes, as if mesmerized while staring at nothing in particular. He pointed to a bug on the wall.

Carrie followed Paul’s gaze and saw a large bug on the low on the wall. “That’s a praying mantis,” she told him.

“A praying mantis?” Paul exclaimed. “Is it poisonous? Does it bite or sting?”

“Oh no,” said Carrie. “In fact, in some parts of the world, it is considered good luck if one of these curious looking bugs lands on you.”

“Good luck? Why is it good luck to have a stick bug land on you?” Paul asked.

“Why is it called a praying mantis,” Paul asked.

Carrie sighed. “Maybe because of the way the it holds up the front of its body and positions its large front legs. It appears as though it’s praying, doesn’t it?”

Paul suddenly jumped up from his squatting position, kicked out his foot, and crushed the bug against the wall.

“So much for answered prayers,” he said, grinning wickedly.

This is a twofer. It is written for today’s one-word prompt, “particular,” as well as for this week’s Sunday Photo Fiction prompt.