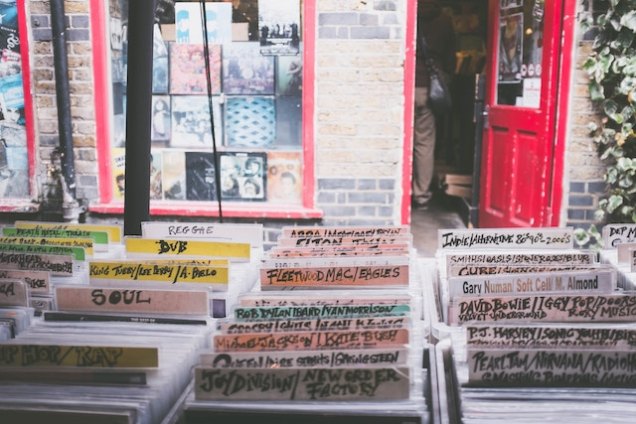 Jason got a confused look on his face and asked, “What are records, Grandma?” 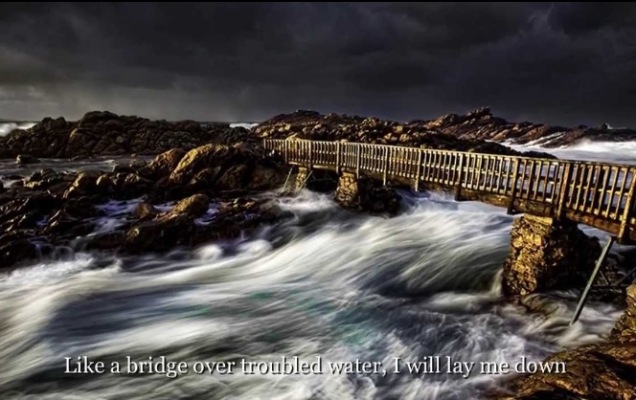 Today’s one-word prompt, “crescendo,” immediately reminded me of a memory etched deep inside my mind. What memory is that, you ask? Great question. Let me tell you about it.

Back in the day, I had a certain routine I followed whenever I got a new album. I would bring it home from the record store, carefully remove the 33-1/3 LP platter out of its album cover, touching it by the edges only, gently place the vinyl record on the turntable, and lower the needle on the first track of the album.

Then I’d don my large headphones, plug the curly tether into the amplifier, and stretch the long, curly cord enough to enable me to lie down on my bed and be absorbed into the music.

Oh yeah, I forgot to mention that between the time I got back to my place from the record store and started my little routine, I would toke-up enough to get a buzz on. Hey, it was the late 60s and early 70s.

The first cut on the “Bridge Over Troubled Water” album is the title song. Now I’m not really an emotional guy. I’m generally very stoic, somewhat detached, and mostly unflappable. But as I was lying in bed, listening to the lyrics of that song and the way the music built up to an amazing crescendo, something unusual, for me, anyway, happened. Instead of maintaining my normally cool as a cucumber demeanor, my eyes were starting to tear up and then overflow until the tears streamed down my cheeks.

When the song ended, I was crying like a little girl. I threw off the headphones, went back to the album on my turntable, and placed the stylus back at the beginning of the first track. This time I sat cross-legged in front of my stereo system, and through the two huge speakers, listened to the song once again. And, once again, by the time it was over, tears were streaming down my face.

Never before had a song had such a strong emotional impact upon me. I was totally blown away. Of course, I was more than a little stoned at the time, and that may have intensified my response to the song. I eventually made it through the entire album, which, in my humble opinion, is one of the best albums ever.

Despite the passage of close to five decades since that first time, my eyes always mist up whenever I listen to that song. Listen carefully to this song. I dare you to tell me it doesn’t move you to tears.