“Come on, hurry,” Veronica called out to her husband.

“I told you. It’s for my blog,” Veronica said. “Do you ever listen when I’m talking to you?”

“Yes, I listen. I just forgot what you said.”

“But you just asked me why I needed my camera,” Veronica said, “and I told you I have to get some pictures for my blog.”

“So what is your post about that we need to go out in the freezing cold?” Tim wanted to know.

“It’s in response to a photography challenge,” Veronica explained. “We’re supposed to post pictures that reflect all four seasons. I already have some that I took when we were at Virginia Beach last summer. And remember when we were in New Hampshire last fall and I took those stunning pictures of the autum leaves?”

“And for spring I’m going to use one of the pictures I took of the cherry blossoms on the Potomac during our trip to DC a few years back,” Veronica said.

“So now you need a shot to show a wintry scene,” Tim said.

“Exactly,” said Veronica. “I was thinking of something artistic, like bare, snow-covered branches contrasting against the deep, blue sky. That would really depict winter well, don’t you think!”

“Yes, but I just wanted something unusual, unique, and interesting,” Veronica said. “And we are here in Montreal, aren’t we?”

In this post from Marilyn Armstrong on her blog, Serendipity, the above pencil sketch was featured. I know Marilyn is an accomplished photographer, but I didn’t think she was also a sketch artist. So I asked her about the image and she told me about a program she uses on her laptop that converts photographs into pencil sketches.

Of course, I use my iPhone almost exclusively for my blog, so I went to the Apple App Store and searched for an app that works on the iPhone and can do something similar to what Marilyn’s app does on the laptop.

…into this pencil sketch. 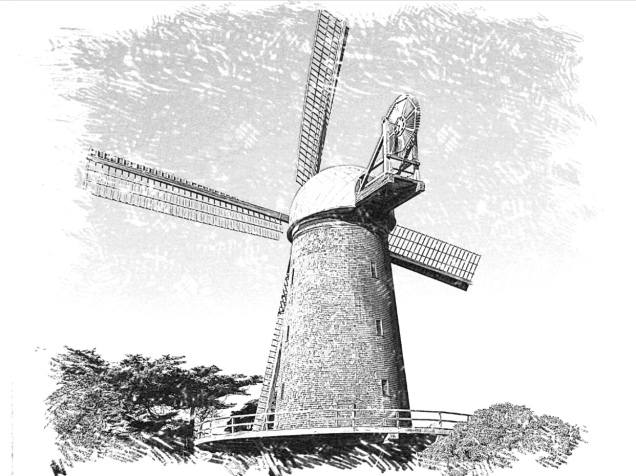 How about that? Now I’m a sketch artist.

Anyway, just thought I’d share this with you, my WordPress family.

And thanks, Marilyn, for the inspiration.