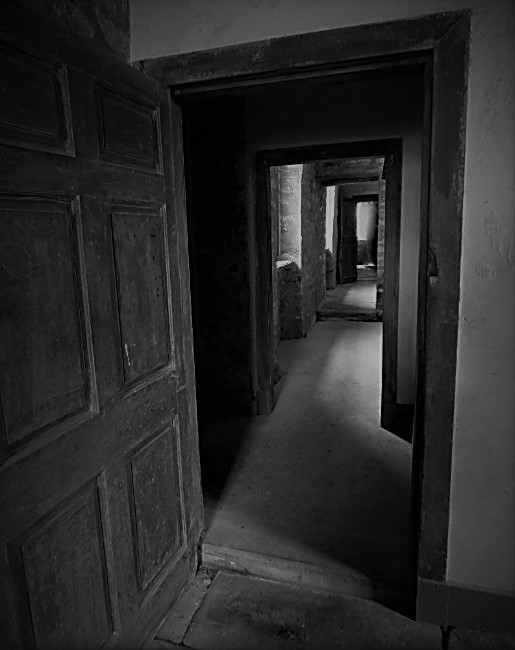 Officers Martin and Lewis were dispatched to the old asylum after reports of a disturbance at the facility had been called in. The building had been abandoned years earlier and there had been periodic stories of the halls of the asylum for the criminally insane being haunted by the souls of some of its former inmates.

Even though this wasn’t the first time that officers Martin and Lewis had been sent to investigate strange noises at the asylum, they were never comfortable going into the old building. Every floor had these long, dark corridors that resembled catacombs. There were a dozen or more doors on either side of the hallways that opened into the small rooms that had occupied by the inmates back in the day. The place was just downright creepy.

The two detectives slowly walked up the steps to the second floor. Martin said, “You go down the left hall, I’ll head to the right.”

“D-d-don’t you think we should stick together,” Lewis said. “This place scares the bejeezus outta me.”

“Oh please, Lewis, don’t be such a wuss,” Martin said. “There are no boogiemen around to get you.”

“Fine,” said Lewis. Both men switched on their flashlights, and with service revolvers at the ready, headed in opposite directions.

About a minute into their walkthrough, officer Martin heard the crack of a pistol shot followed by a bloodcurdling scream coming from the other wing of the hallway. “Lewis, Lewis, are you all right?”

Martin ran down the hall and flung open the doors of each room until he found the one Lewis was in. “Jesus Christ!” Martin exclaimed.

And then everything went black.