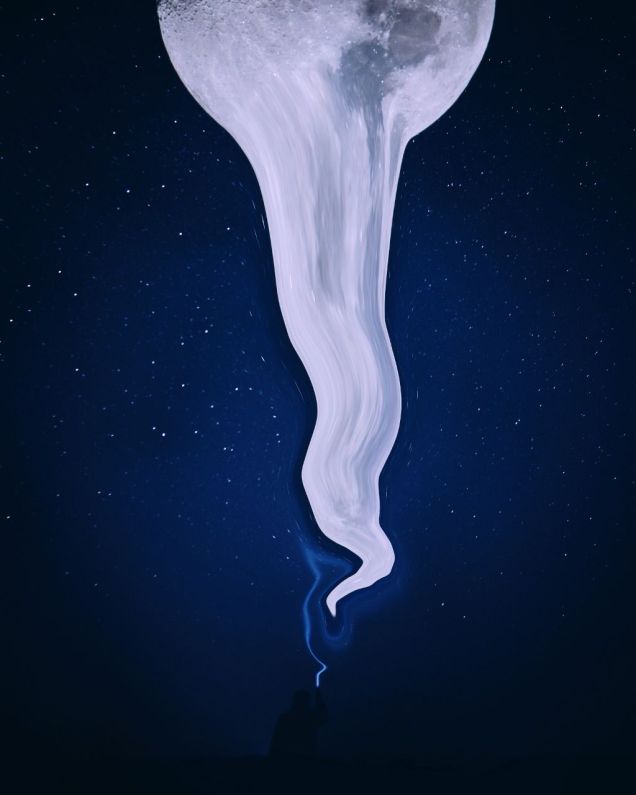 “What’s all the excitement about?” Don asked in his typical guileless manner.

Steve stopped strumming his guitar and looked up at the moon. “It’s not melting, it’s dripping.”

“Melting, dripping, whatever,” Betsy said, “something is seriously wrong. The moon doesn’t do that.”

Don googled “melting moon” on his smartphone. It took him to a page that discussed the impact of climate change on Greenland. “There’s a lot of research on the web about melting icebergs and glaciers in Greenland, but nothing about the moon melting.”

“That melting is due to how the human race is acting like a traitor to Mother Earth by denying the truths about climate change,” Betsy said.

“Um, Betsy,” Steve said, “what kind of mushrooms did you use in the beef stew you made for tonight’s campfire dinner?”

Betsy shrugged, “I don’t know,” she admitted. “I found a bunch near the base of a tree in the woods over there.”

“I’ve heard stories about so-called magic mushrooms in this part of the woods, but I thought it was all bullshit,” Steve said.

“Magic mushrooms,” Don said. “That could explain why we’re all seeing the moon melting. It’s a mass hallucination.” 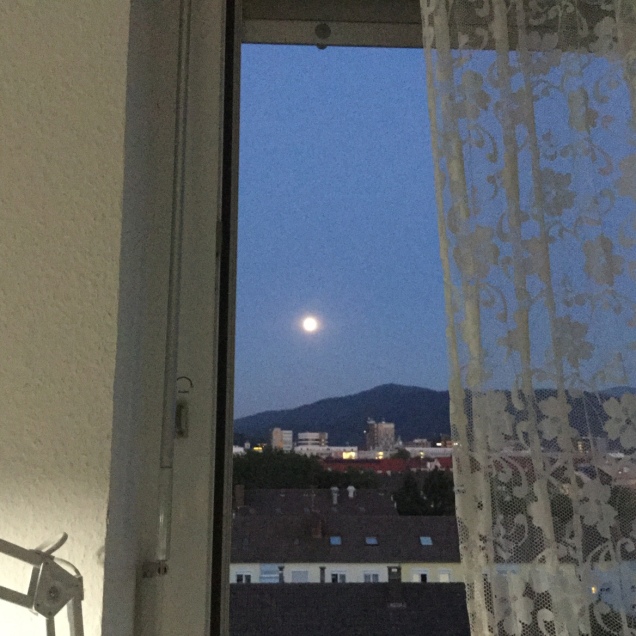 Arnold walked over to their hotel room window, pushed aside the sheer, lace curtain, and called out to his wife, “Honey, come see this view.”

Florence walked over to her husband. “It is beautiful, isn’t it. And the moon, oh my.”

Arnold suddenly started singing, using his best Dean Martin impression, “When the moon hits your eye like a big pizza pie, that’s amore. When the world seems to shine like you’ve had too much wine, that’s amore.”

“Arnie,” Florence smiled and said, “we have the moon and the wine.”

“Then I’d say it’s time for some amore.” Arnold said.

“What is the possibility that we can reach an arrangement?” Alice asked her husband.

“By ‘arrangement,’ you mean that you want me to do something to placate you, don’t you, Alice?” Ralph said.

“Well, Ralph,” Alice said, “a little give and take is what is required in order to have a successful marriage.”

“I’m out driving a city bus twelve hours a day, Alice,” Ralph said, “and you’re talking about give and take? Sounds like you want me to do all the giving with you doing all the taking.” 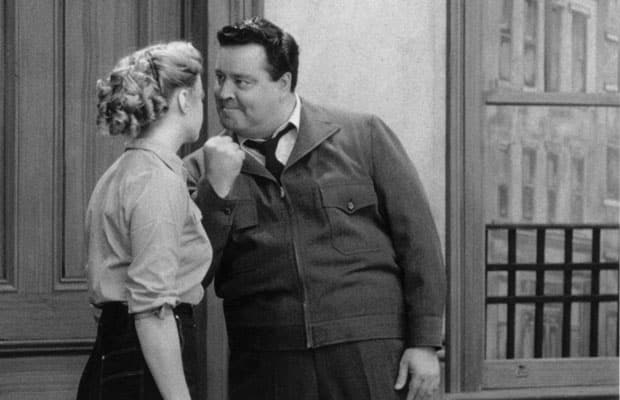 Ralph looked straight at his wife, raised a clenched fist, and said, “One of these days, straight to the moon, Alice.” 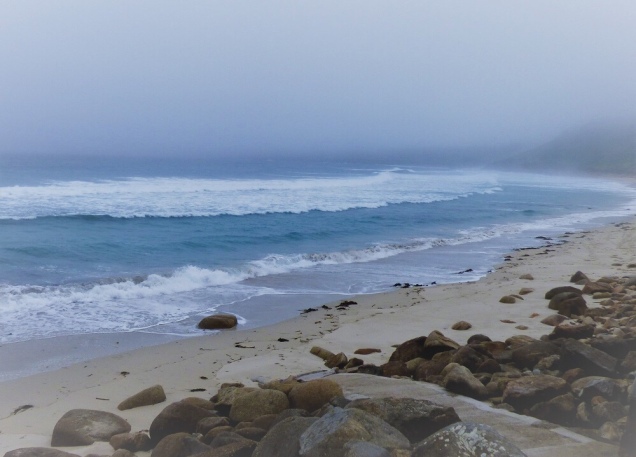 Jason and his daughter, Abby, sat on the rocks watching the waves gently kissing the shore as the tide was going out. “Daddy, where does the water go when the tide goes out?” she asked.

“The water is drawn by the moon and follows it across the sky,” Jason said. “But the water doesn’t really go anywhere. It’s just that the gravitational attraction to the moon causes the ocean to bulge out in the direction of the moon.”

“That’s because it’s still light out, and it’s easier to see it at night,” Jason explained. “But just because you can’t see it, that doesn’t mean that the moon is not there.”

“How big is the ocean?” Abby asked.

“Very big,” Jason said. “More than two-thirds of the Earth’s surface is water.”

“What’s on the other side of the ocean?”

“If you got in a boat and headed in that direction,” Jason said, pointing to the west, “you’d end up in countries like China, Japan, Australia, and New Zealand.”

“Can we go there now?” Abby asked.

Jason chuckled. “No, sweetie, it’s very far to the other side of the ocean. In fact, it’s so far that it’s already tomorrow in those countries.”

“It’s the future there?” she asked.

“Well, it’s not exactly the future,” Jason said. “See, there’s this thing called the International Date Line. On this side of that line, which is in the middle of the ocean, it’s today. But on the other side of that line, it’s tomorrow.”

“There’s a line in the middle of the ocean, Daddy? Are you sure?” Abby said with a childishly skeptical look on her face.

“It’s not actually a physical line, sweetie,” Jason said. “It’s more like an imaginary line that exists so that people know what time and day it is around the globe.”

“You’re making that up, aren’t you, Daddy?” Abby said, smiling up at her father.

Jason was tempted to pull out his iPhone and Google “international date line,” but he decided that it was time for a little distraction. “How about if we head up to the boardwalk and get us some ice cream cones?”

“Okay, Daddy.” Abby said. “And when we get home, I won’t tell Mommy that you bribed me with ice cream so that I wouldn’t tell her that you were making shit up again.” 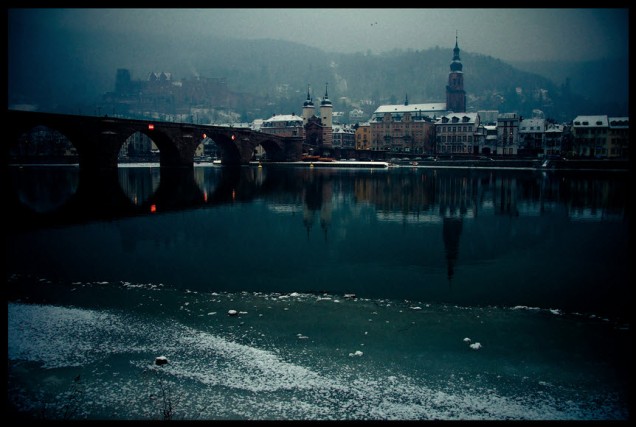 It was the middle of winter in the dead of the night. He knew it would be cold and that few would be around at that late hour. He was hoping for a cloudier night, but the winter moon shone brightly through the light mist, lighting up the village on the other side of the river, its buildings reflecting luminously off the river’s glassy surface. The ice crystals near the shore were sparkling like tiny diamonds.

He opened up the gym bag he’d carried across the bridge a few minutes earlier. He removed his gloves, shoes, and socks and placed them into the bag. He took off his heavy jacket and stuffed that into the bag as well. Reluctantly, he stripped out of the rest of his clothing, neatly folding it all and adding the items to the gym bag. He’d come back for it later. At least that’s what he hoped for.

Naked and shivering in the sub-freezing temperature, he walked over to the river’s edge. Sometimes a man has to do what a man has to do, he thought. Not only was his reputation on the line, but his honor as well. He felt he had little choice in the matter. He had to hold up his end of the bargain. There was a lot on the line.

He focused his eyes on the opposite shore, mentally gauging the distance. After taking a deep breath, he dived into the frigid water, breaking the thin crust of ice at its surface. The shock to his system was almost crippling and he suddenly wasn’t so sure that he could make it across. Yet he somehow managed to keep his arms and legs moving. Once he reached the middle of the river, his confidence returned.

His classmates were waiting for him with towels and blankets as he approached the opposite shore and they helped him up and out of the freezing water.