A small crowd of people gathered on the sidewalk and we’re staring at the chair that was situated in the middle of the road. “Why would anyone leave a chair in the road like that?” One of the bystanders asked.

“I’m going to move it to the side,” another said.

“Wait,” a third called out. “Maybe someone left it there on purpose.”

“I saw a large van parked near here last night,” someone else said. “Maybe the movers failed to load it in the truck before driving off,” she said.

“I think I’ve seen that chair before,” a woman said. “Yes, I distinctly remember it. It belongs to Elizabeth and Tom, who live at number 14.” The woman walked up to the home and rang the bell. Elizabeth answered the door and the woman could see from her red eyes that Elizabeth had been crying.

“Elizabeth, isn’t that one of your chairs sitting in the middle of the road?” the woman said.

Elizabeth started balling. “Tom left me,” she sobbed. “I found this text message on my phone this morning when I woke up.” She then handed the woman her iPhone. 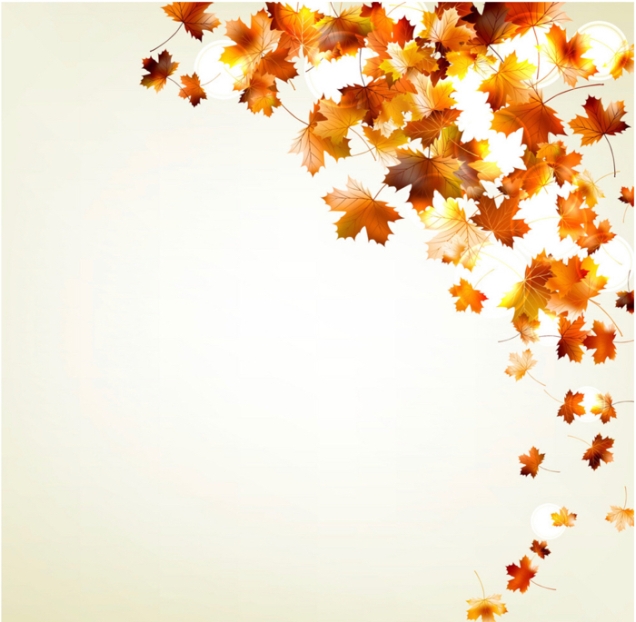 It was autumn, the season when the leaves leave the trees, when you told me that you were going to leave me.

I was in a state of shock. I didn’t understand. I thought everything was fine between us. But you said that that was the problem. You said that I didn’t really see you, see us. You told me that you’d found someone else who did see you. You said that you were leaving me for him.

And then you left. You left me standing alone. I sat down on a park bench and watched the leaves falling from the trees, floating to the ground and swirling around, carried by the autumn breezes that had suddenly grown much colder.

That was two years ago. It’s autumn, again. I am sitting on that same bench in that same park, watching as the leaves are once again leaving the trees.

Written for this today’s Stream of Consciousness Saturday prompt from Linda G. Hill. Our task is to use the word “leaves.” Photo credit: VectorStock.com.