A lot of people in 2020, due to COVID-19 stay-at-home mandates, lockdowns, and closed restaurants, stores, and workplaces, relied on online shopping and delivery services. People used online services for meal deliveries, grocery deliveries, and for deliveries of everything from sundries to clothing to pet food to electronics, and to almost anything imaginable.

COVID has plagued us — pun intended — for more than a year and a half and in some areas, thanks to vaccines becoming widely available, things have started to open up. Many restaurants have reopened to serve patrons indoors. Many employers are having employees return to their worksites instead of working from home. Children have returned to attending classes at physical facilities rather than via Zoom classes. And many jurisdictions have eased up on mask mandates and social distancing restrictions.

So my question(s) this week have to do with online shopping for home delivery. Are you ready?

During the height of the pandemic, to what extent did you avail yourself of online shopping for meals, groceries, and other goods and services? If you did use online shopping and delivery services, now that things have eased up a bit, has your reliance on or use of such service continued at the same rate, increased, or decreased. To what extent?

Welcome to October 3, 2020 and to Fandango’s One-Word Challenge (aka, FOWC). It’s designed to fill the void after WordPress bailed on its daily one-word prompt. 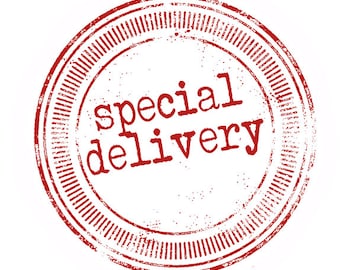 “Oh, poor Aunt Rose. I feel so sorry for her since Uncle Harry died last month. She seems to be such a lost soul these days,” Nancy said. “Did she say what she sent us?”

“Did she say how it was being sent? FedEx? UPS? Priority mail?”

At that moment the doorbell rang. They both went to answer the door, and when they opened it, there, standing on the porch, was Aunt Rose standing with two large suitcases, one on either side of her.

These are some of the items that showed up in my mailbox this past week. I actually don’t get that much physical mail from the US Postal Service delivered to my mailbox these days. Most of what I do receive consists of catalogs, solicitations, and junk mail, along with periodic, unwelcome bills and the one hard copy magazine I still subscribe to.

Even so, when I received a post card last month from the USPS telling me about a new service in my area, I was intrigued. This new service, dubbed “Informed Delivery – Email Notification,” would send me an email every morning with black and white images of the front of the actual envelopes that would be delivered to my home that very afternoon. Neat, huh?

So I signed up. After all, my mail usually isn’t delivered until very late afternoon and sometimes not until early evening. I think my mailman likes to sleep in. Wouldn’t it be cool, I thought, to learn via an email early each morning what I otherwise wouldn’t find out until many hours later?

And so, starting a few weeks ago, I began receiving emails at around 8:30 each morning with these envelope images. I got a kick out of seeing what was going to be delivered to my mailbox much later that same day. To me it was like experiencing time travel or having a special prescience about an event yet to have happened.

I’d say to my wife, “Hey honey, guess what we’re going to get in today’s mail.” At first she seemed mildly interested in hearing what was going to be delivered, albeit not nearly as excited about it as was I. By the third day, though, she seemed not to care at all.

I must admit that, after only a few weeks, the novelty — even for me — wore off. In a way, it’s as if, when you were a kid going to bed on Christmas Eve, your parents handed you an itemized list of the Christmas presents that you would find under the tree when you woke up on Christmas morning. Way to ruin Christmas, Mom and Dad!

I miss the anticipation of going to my mailbox each afternoon to see what the mailman brought me. It was something to look forward to late in the day. Still, I’m going to continue to get my early morning notifications. If it ever gets to the point where getting the early morning heads-up takes all the joy out being surprised by whatever mail shows up in my mailbox each afternoon, I’ll stop the USPS emails.

But right now it’s time to check my email to see what’s coming to my mailbox later today!