Distraught over her husband’s sudden death.

For this week’s Share Your World, Melanie is going deep. She wants to know…

Are human beings required to better themselves and will doing that make them happier?

Is it easier to love or to be loved?

That depends upon how much of a control freak you are. If you like to be in control, then it’s easier to love, since you’re in charge of your own feelings and emotions. As to being loved by someone else, that other person is in control over how they feel about you and all you can do is react to it.

Outside traumatic brain injury, can memories be completely erased?

I think that those suffering from dementia or from Alzheimer’s may have significant memory loss. Are those memories “completely erased” or are they just irretrievable? And is there really a difference? I don’t know.

Is there such a thing as a good death?

I’d say that dying peacefully and painlessly in your sleep would be a “good” death.

And one ‘silly’ one because the former questions were fairly serious: What do you imagine is inside a baseball?

I am not preoccupied with death, but I must admit that as I’ve aged, I think more about it now, as a septuagenarian, than I used to in my younger days. We know that none of us is immortal and that we’re all going to die at some point in the future. That brings me to this week’s provocative question:

Would you want to know before hand the date, time, and circumstances of your death, or would you rather not know when and how it will happen?

Melanie is going deep with this week’s edition of Share Your World.

What did you learn the hard way?

I learn best by doing, so I’d say most of what I learned I learned the hard way.

Which activities make you lose track of time?

Why do we seem to think of others the most after they’re gone?

I’m going with the former because I probably don’t think of people more often after they’re gone than I did before they died. And my answer to the other interpretation is that it depends upon what I thought of the person when they were alive. If I liked and admired the person, I will feel a loss after their death and will focus on the best aspects of his or her life. But if I neither liked nor respected the person in life, I won’t think better of them in death.

And if I either misinterpreted Melanie’s question or overthought it, well, never mind.

Is it possible to know the truth without challenging it first?

“Truth” is subjective. Truth can be like faith, in that it is often based upon beliefs rather than demonstrable facts. I know that I can’t challenge every “truth” I’ve ever been taught. For example, I accept the fact that the planet on which we live is basically round and I accept that as the truth. But there are others who inexplicably believe that the Earth is flat, and that truth is their “truth.” My bottom line, as a pragmatist, is to follow the evidence, understand and accept what is demonstratively factual, and that will ultimately lead me to the truth. Or my truth, anyway. 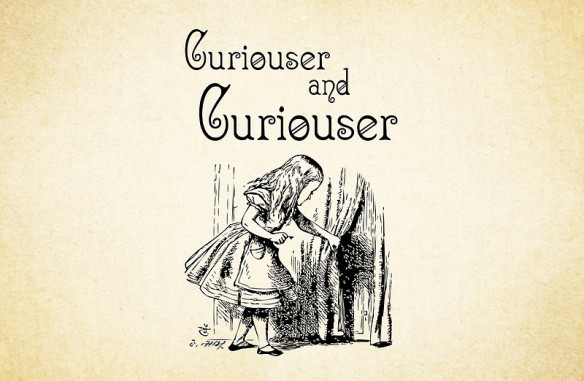 Rory, aka A Guy Called Bloke, is a very curious fellow and he asks a lot of curious questions. In his latest bit of curiosity, he asks…

What happens after my life ends?

This is an interesting question, indeed, because, as Rory points out, one could interpret this question to be “what happens to me after my life ends?” Or it could be that he’s just curious about what we think happens after our death in the more global sense.

Specifically, Rory wonders “Is there life after death on any level?” and “What will life be like after your death?”

Alrighty, then. Let me start out by saying that I do not believe that there is life after death…on any level. So my answer to what happens to me after my life ends is simple. Nothing. Once I’m dead, I’m be dead, fini, kaput, gone. I will have no consciousness. I will cease to exist in any form whatsoever.

But in the broader sense, what happens after my life ends is that the world will continue to spin on its axis and life will continue to go on for everyone else who is lucky enough not to have had their lives end. Maybe a few of them will mourn me and even miss me, but for the most part, my death will barely cause a ripple and, save for a few family members, will largely go unnoticed.

So, for everyone else but me, as The Beatles so aptly put it: