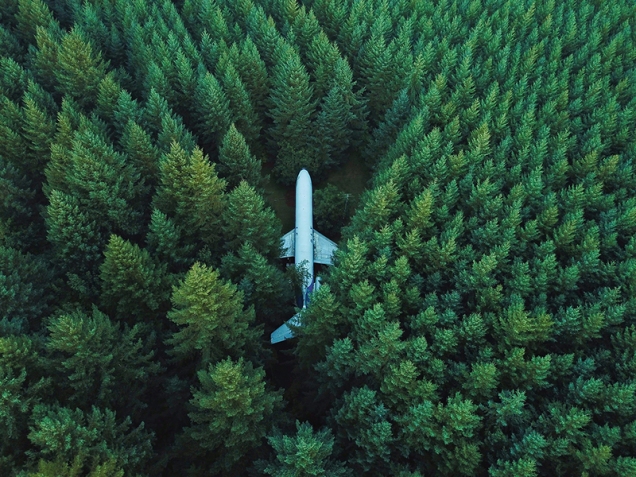 Anatoly beamed as Ivan met him in the small clearing in the dense pine forest.

“What?” a surprised Anatoly asked. “My crew and I did everything you told us to do. We stole the spy plane from the capitalistic, imperial pigs, carefully disassembled it, transported it piece by piece deep into the forest, and painstakingly reassembled it here. Exactly what you asked of me, Ivan.”

“You forget the step where I said to paint the plane’s fuselage in camouflage colors so that it couldn’t be seen by overhead surveillance, Anatoly,” Ivan said angrily. “My team just intercepted this image that was taken by an American drone half an hour ago.” Ivan handed Anatoly the photograph.

“Ah, I see what you mean,” Anatoly said.

Moments later the two men were surrounded by American mercenaries.