This was originally posted on May 13, 2011 on my old blog. This was written about 5 1/2 years before I retired, and I haven’t worn a tie since retiring.

The Tie as a Phallic Symbol

So what is the deal with ties? My extensive research confirmed that the tie is essentially a phallic symbol. I’m not kidding you. According to Rita Hutner in Catalogs.com, men’s neckties direct the viewer’s eyes downward toward the man’s genitals. Hutner claims, “the guy is subtly showing off.” Seriously, Rita?

In researching the history of ties I found out that ties first appeared in 221 BC when military men of China’s first emperor, Shin Huang Ti, were buried wearing neckties. Once you’re dead, though, I think even Rita Hutner would agree, it’s a little late to be drawing the eye toward your crotch.

It was in the 1600s when neckwear for men became somewhat fashionable in Europe after the Thirty Years’ War (1618-1648), when Croatian mercenaries wore small, knotted neckerchiefs. These “cravats” become a fashion craze in Paris. In 1784, Beau Brummel, an English authority on men’s fashion, associated a neck cloth with individuality and self-expression.

The modern necktie was born in the 1920s when a long, thin, easy to knot tie that would not come undone was introduced. And, up until a decade or so ago, the necktie continued to be the standard attire for white collar workers throughout the Western world. Until someone finally asked “why?” and casual, tieless attire became acceptable at the office.

Hold that thought. Corporate America appears to be reverting to “more traditional” dress codes. According to an article I recently read, “business sloppy” is out, and suits and ties are in. Oh damn!

When I work from home, which is most of the time, I obviously don’t put on a tie. Hell, half the time I work in my underwear. And on those relatively rare occasions when I do have to show my face at the office, I still don’t have to wear a tie. But lately I have been requested to wear a tie when I am going to see a prospective client, even at those companies that have embraced “business sloppy.”

I know you’re supposed to dress for the occasion, but seriously, folks, is it really such a good idea to wear an accessory that draws the eyes of those attending the meeting toward your genitals? 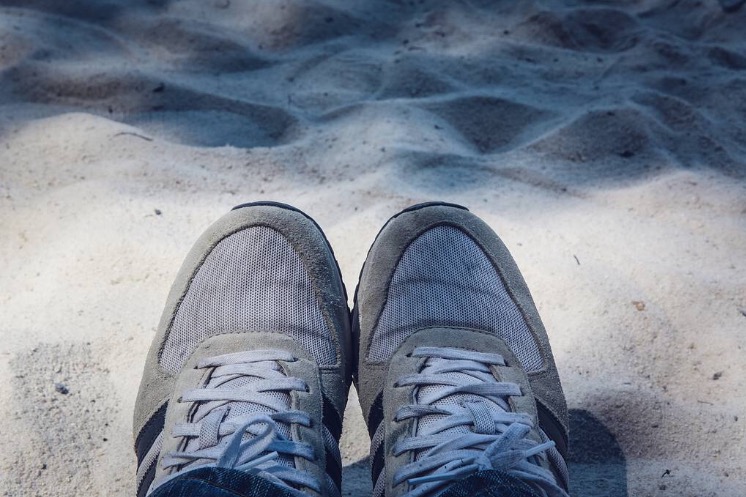 Ever since I retired at the end of last year, every day is casual Friday. My typical attire when the weather is warm consists of t-shirts, jeans, and sneakers. In cooler weather, I replace the t-shirts with sweatshirts.

One of my first acts of retirement was to purge my wardrobe of most of my business attire. I did retain one suit, one dress shirt, one tie, and one pair of dress shoes just in case I am invited to a wedding or a funeral.

I also kept a blue blazer sport coat and a pair of khakis for those occasions that call for “dress casual.” Other than those items, though, everything else went to my local Goodwill store.

I truly feel liberated by being able to go casual every day. It’s the best thing about retirement.

Also, not having to get up and go to the office is pretty liberating.