She stared up at the late evening sky, trying to contemplate her own future. She couldn’t believe that the two of them, after all these years, had finally reached the end of the road. To him is was all a game, and she had been a willing player, turning a blind eye to the abuse. She kept thinking that this was a phase he was going through, and her method of dealing with it was to believe that it was something that would pass as he matured. And because of that, she treated him, and their relationship, with kid gloves. He’s only human, she figured.

But after a night out guzzling beer after beer with his idiot friends, he would come home and there would be hell to pay. How many times would she let him hit her before she would balk?

She finally got the courage to leave him. Now she was alone for the first time in a long time, but she wasn’t feeling lonely. She was feeling free, and as she watched the stars and the sliver of the moon above her, she had a sense of purity, and some optimism. She was getting a fresh start.

Written for Sadje’s What Do You See? prompt. Photo credit: Jasmin Chew @ Unsplash. Also for Mindlovemisery’s Menagerie Sunday Writing Prompt, where the theme is “the end of the road.” And for these daily prompts: The Daily Spur (game/beer), Fandango’s One-Word Challenge (method/figure), MMA Storytime (gloves), Ragtag Daily Prompt (human), Word of the Day Challenge (hit/purity), and Your Daily Word Prompt (balk).

Teresa, at The Haunted Wordsmith, wrote out a post (which is no longer available as she took down her blog) a few days ago about a website that is harvesting the blog posts of many WordPress bloggers. That is, this site, tygpress.com, is likely posting on its site your posts without your authorization, approval, or permission.

I did this and I found not only my own posts being published on that site, but the posts of many of you who follow my blog and who have responded to any of my prompts.

The hosting site for tygpress.com is Digital Ocean, and there is a site you can go to to report that your posts are being harvested by tygpress.com without your permission: https://www.digitalocean.com/company/contact/#abuse

I don’t know if it will do any good, but I did it and at least it made me feel better knowing I did something.

“Well, Becky,” the man said to Rebecca, “you’ve certainly changed since the last time I saw you. You were, I think, maybe ten of eleven at the time and a spoiled, immature girl who I thought would surely end up sad and alone. But look at you now. You’ve gone through quite a metamorphosis from an ugly caterpillar into a beautiful butterfly.”

“It’s Rebecca,” she said, a bitter coldness in her voice. “I remember you. Your unwanted and inappropriate advances toward me, ugly caterpillar that you claim I was, created a lot of turbulence in my young life. You almost broke me and I still hold a lot of resentment directed toward you for what you did to me.”

“Becky,” he said, “I gave you attention when no one else would. I touched you in a way no other man would. You should be thanking me for what I did for you.”

“I will thank you to lumber your fat, old, ugly ass to your car and to motor you way back to whatever hole you live in and to stay out of my life forever,” Rebecca said. “If I ever see you again, I promise I will tell the police, the newspapers, and anyone who will listen exactly what you did to me when I was not even 12 years old. I will totally ruin your sad and depraved life just as you almost ruined mine.”

“Fine,” he said. “Just promise you won’t ever tell your mother.”

“My mother knows. Why did you think she hasn’t spoken to you in two decades, Uncle Bob?” 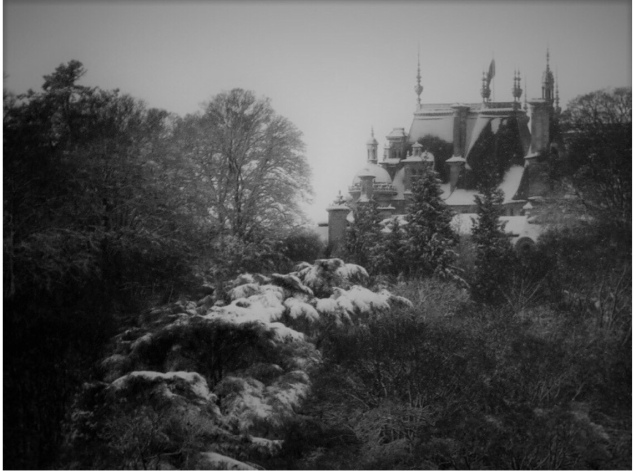 Janet was cold and miserable, her feet torn, bleeding, and wet from running through the rough brush as fast as she could. She could see the clouds of her breath plume into the wintry air as she paused to look back at the old monastery where she’d been imprisoned for more years than she could count.

After her parents died in the war, Janet was taken in by her mother’s brother, an orthodox monk. She felt blessed that, at her young age, she was not left to fen for herself in the war-torn city streets. She was warm, well fed, and had the run of the huge monastery.

Taken under the wing of the abbot, Janet learned much about the monks of this sect, including their vows of chastity, poverty, obedience, and stability. She felt comfortable and secure in her new life.

But as the years passed and she transitioned from a young girl into a young woman, Janet noticed that the attention she was receiving from the abbot was changing. He took a keen interest in her developing body and it soon became apparent to her that his vow of chastity was less important to him that his demand for her obedience.

She told her mother’s brother about what the abbot was doing to her, but instead of coming to her aid, as she had expected, he went to the abbot and told him of her disobedience, which only made matters worse.

The abbot beat her, restricted her movements around the monastery, and continued to have his way with her. At one point he began to allow other monks to abuse her. The life she once thought to have been blessed had become cursed.

After weeks of searching for a way out, Janet managed to sneak out of a basement window and to run for all that she was worth, hoping to escape her hellish nightmare.

Taking one last look back, Janet turned around and continued to run down the the large hill until she reached the village below. She ran up to the first person she saw, a kindly looking woman, and asked for help. The woman agreed to take her a place where she could get help and seek refuge.

She escorted Janet to the back door of the Catholic church in the center of town. When she saw the priest, Janet gasped. He looked down at her and said, “Hello, Janet. I’ve been expecting you. I received word from the monastery where my twin brother is the abbot. He said that you were unhappy there, but you are welcome to sanctuary in our church.”

Janet turned to run away, but the priest grabbed her, pulled her close, and whispered, “Don’t worry, Janet. I’ll take very good care of you.” 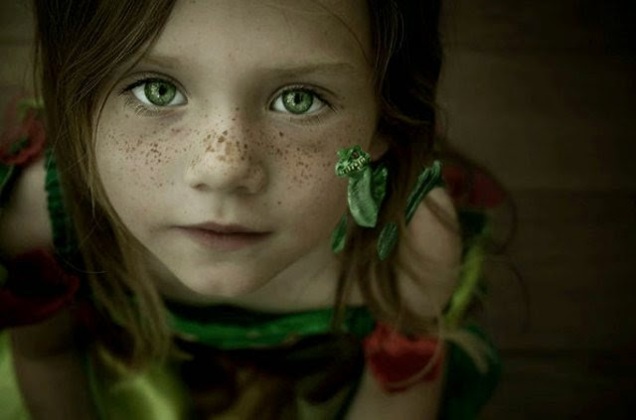 The little, freckled-face girl with the sad green eyes looked up at the man and women who were hoping to take her home as their foster child. Shawna had lived a tough life for one so young, having been “in the system” for much of her young life. Her father had abandoned her and her mother shortly after she was born. Her mother overdosed on meth when Shawna was just three.

She’d been in the custody of Child Protective Services for nearly three years and was living in a group home. It was all she really knew and she wasn’t sure how she felt about being removed from the group home and into a house with strangers.

They seemed nice enough. The woman was pretty and looked kind. The man, well, he seemed nice. And the lady from CPS said that the couple had a lovely home and would be ideal foster parents.

Within a week the couple came back to the group home and loaded Shawna and her few belongings into their car and drove her to a mansion that she thought must belong to a princess.

Once inside, the housekeeper showed Shawna to her very own room with a large bed and a closet full of clothing. She even had her own private bathroom and a separate playroom with dolls and toys.

Shawna thought she had died and gone to heaven. The cook prepared delicious meals and the housekeeper saw to her every need. Her foster parents hired a nanny to educate her and to be her companion. She never imagined that people actually lived this way except in fairytales.

Her foster parents were very nice to her and she couldn’t believe how fortunate she was to have been chosen by them. She felt like a real-life princess.

Every night at bedtime her foster father would come into her room and read her a story. He was very kind and gentle and she cuddled up next to him when he read to her. Sometimes he would stroke her long, red hair as he read. Sometimes he would caress her cheek. There were times when he would gently massage her shoulders.

So it wasn’t that unusual when one night he asked if she would remove her nightie so that he could rub her back. His fingers felt good on her skin and she enjoyed the sensation. After a little while he stopped, and just as had done every other night, he kissed her goodnight on her cheek, tucked her in, and left her room.

But then, a few hours later, she felt her foster father crawl into her bed and get under the covers with her. He asked her if she had enjoyed it when he rubbed her back earlier in the evening and she told him that she had. Then he asked if she’d like him to rub her some more. She said she was tired, but he insisted, telling her that it would make her feel really good and help her sleep after he left. So she said okay.

As she had earlier when he’d rubbed her back, she enjoyed his touch. But then his hands started caressing her private area and she couldn’t help but see his arousal. She told him that she was tired and asked him to stop, but he would not. He asked her if she liked living in their home and when she said yes, he told her that if she wanted to continue living there, she would do as he said. He also warned her that if she told anyone — his wife, the housekeeper, the nanny, the cook, or the woman from Child Protective Services — what they were doing, he would send her back to the group home.

The little, freckled-face girl with the sad green eyes no longer thought that she had died and gone to heaven. Instead, she felt that she had somehow landed in a hell on earth.