“I know you’re going through a rough patch lately, Donald. Inflation is beginning to creep up and I’m afraid that could result in a precipitous dive in the stock market,” Donald’s money manager told him. “There has been a subtle nuance in the financial markets of late, which I find quite revealing.”

Of course, Donald, who was not particularly astute when it came to money matters, had no idea his financial advisor what was talking about. “So what do you suggest?” Donald asked him.

“Well, first, Donald,” he said, “I suggest you liquidate a sizable portion of your assets and donate the proceeds to the charity of your choice in order to avoid substantial taxes on the cash exchange.”

“And then what?” Donald asked.

“Subsequent to that,” he said, I suggest you seek employment for the only job you’re truly qualified for at your advanced age.”

“And what job would that be?” Donald asked.

Donald’s money manager took a deep breath. “As a greeter at a local Walmart,” he said.

Every Monday, Paula Light, with her The Monday Peeve prompt, gives us an opportunity to vent or rant about something that pisses us off. Paula ranted about bikinis today. As a male, and other than as an observer, I have no skin in that game, so to speak. But Paula’s peeve last week was all about “those asshats who run red lights.”

My peeve this week is all about those asshat drivers who don’t use their turn signals (aka “blinkers”). WTF? Why not let other drivers around you know when you’re about to change lanes on the highway or when you’re planning to turn left or right?

When I was growing up, in order to get my driver’s licence, I had to know how to give hand signals to indicate if I was going to be turning left or right. I had to demonstrate my mastery of those gestures during the road test.

My father’s car, the one I used to take my driver’s license road test, was a 1953 Chevy Deluxe. When he bought that car, both turn signals and outside rear view mirrors were extra cost options, and he opted not to waste his hard earned money on those frivolous safety features. But by the mid-1950s, turn signals had become standard equipment on many cars. Yet it wasn’t until the late 1960s when turn signals became mandatory.

There are no cars on the road today that don’t come equipped with turn signals. So what is the issue with engaging a turn signal to, um, signal a turn? It’s an easy and courteous thing to do. Especially if you want to avoid having the driver behind you rear-end your car.

Tangentially, don’t get me started on those asshats who change lanes on the highway after diligently using their blinker to signal the lane change, but then don’t turn their turn signal off and keep driving for miles with the signal blinking.

Oh wait. I may have done that on a few occasions. Never mind.

For today’s Share Your World edition, Melanie is tossing us a mixed bag of questions.

What do you think of the idea of the ‘greater good’ principle?

Do you enjoy riding a roller coaster or other amusement park type ride?

I used to love going on roller coasters back in the day. Not so much anymore. As to amusement parks in general, I haven’t been to one in well over a decade.

Which musical instrument is the most annoying to you personally?

No offense to my Australian friends, but I’m going with the didgeridoo.

Would you rather have a vivid imagination or a photographic memory if you had to choose just one?

I’d go for a vivid imagination, especially given that at my age, my memory is starting to fail me. What was the question again?

Feel free to share fun plans for this season that you might have. Especially now that many places are lifting restrictions and travel is a bit easier.

Yes, things are opening up, and I’m grateful for that. But my wife and I don’t have any travel plans for the foreseeable future. The U.S. hasn’t yet reached the herd immunity level and new COVID-19 cases in many areas are on the rise. And then there’s the highly infectious Delta variant, which is spreading quickly and seems like it could be deadlier than the original COVID strain. So we are staying close to home.

For this week’s edition of Blogging Insights, Dr. Tanya wants to know…

When you use a word/term that you think your readers might not know do you think you should add a link to it, or is it a better idea to let people find out on their own?

I try to keep my vocabulary when writing posts to be pretty basic. I don’t want my readers to have to run screaming to their dictionaries when they’re reading my posts in order to understand the words I use and what I’m saying. So I try to avoid “unusual” words in my posts. I’m not trying to “dumb down” my writing. I just want to make sure reading what I write is a pleasant experience for most people.

I found an online readability assessment tool on the internet and cut and pasted the text from this post of mine from a few days ago through that tool. Here are the results of that test:

So that particular post of mine was written to be consumable to a reader with an eighth and ninth grade reading comprehension level (i.e., ages 13-15). I am pretty sure that most of those who read my blog can deal with that reading level.

If you want to put a sample of your own writing through that same reading level test, you can click here. You might find the results interesting. 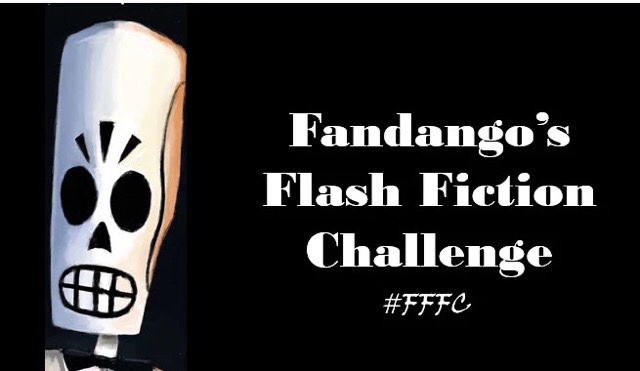 Welcome to “Fandango’s Flash Fiction Challenge.” Each week I will be posting a photo I grab off the internet and challenging bloggers to write a flash fiction piece or a poem inspired by the photo. There are no style or word limits.

The photo below is from Adrien Olichon at Pexels.com. 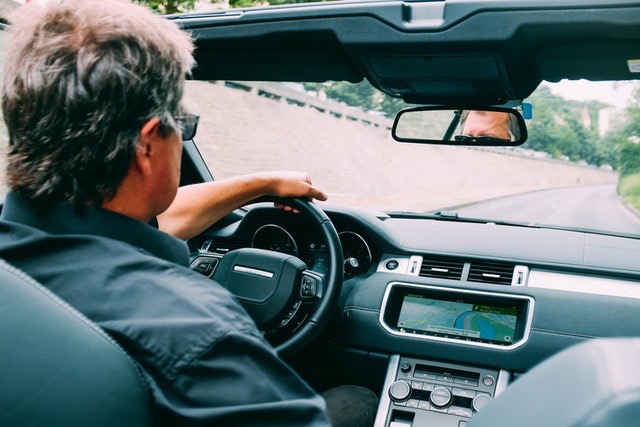 For the visually challenged writer, the photo is of a man driving a convertible on what may be an entrance ramp to a freeway.