We met in the classroom during that transitory first semester of our freshman year in college. She and I soon became best of friends and by the time our freshman year ended, our friendship at evolved into a romantic relationship.

She persuaded her parents to invite me home with her for the long Thanksgiving weekend of our sophomore year, and I was very nervous. She tried to reassure me that as long as I didn’t foam at the mouth upon meeting them, her parents would welcome me with open arms.

In hindsight, I probably shouldn’t have been quite so overly effusive.

For today’s Sunday Poser, Sadje wants to know about first impressions. She asks…

“In your opinion, is the first impression we form of other people always correct?”

Case in point, when I first met the woman who ultimately ended up marrying me, my first impression of her was truly a case of love at first site. Her first impression of me was not that great. I think it took her a second, third, and fourth impression to realize what a great catch I was.

So yeah, I’m quite happy that the first impression my wife formed of me was not correct. 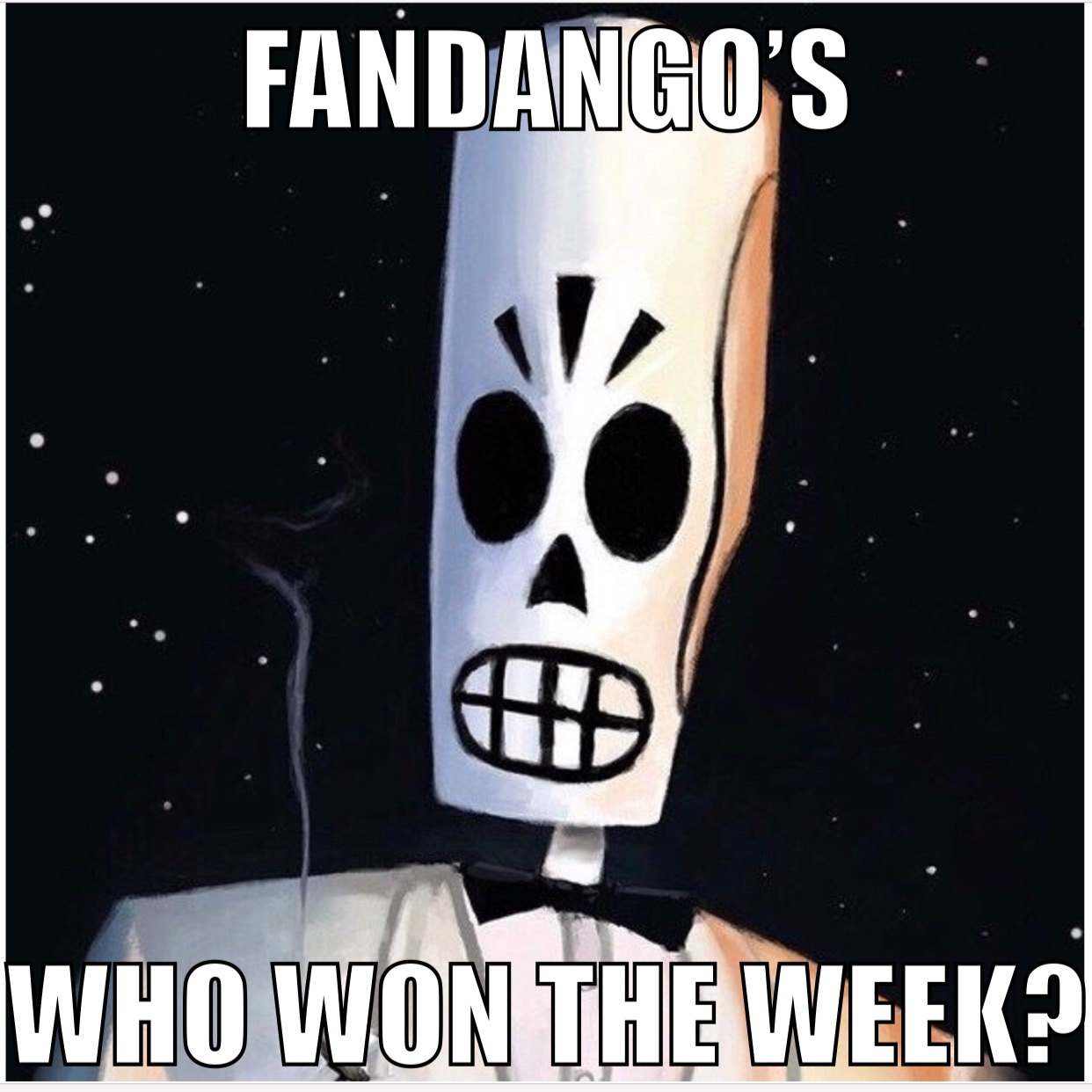 The idea behind Who Won the Week is to give you the opportunity to select who (or what) you think “won” this past week. Your selection can be anyone or anything — politicians, celebrities, athletes, authors, bloggers, your friends or family members, books, movies, TV shows, businesses, organizations, whatever.

This week’s Who Won the Week winner is, unfortunately, gun violence in America. So far this year, in just five months, there have been at least 232 mass shootings. And that includes 15 mass murders, which is defined as four or more people killed. 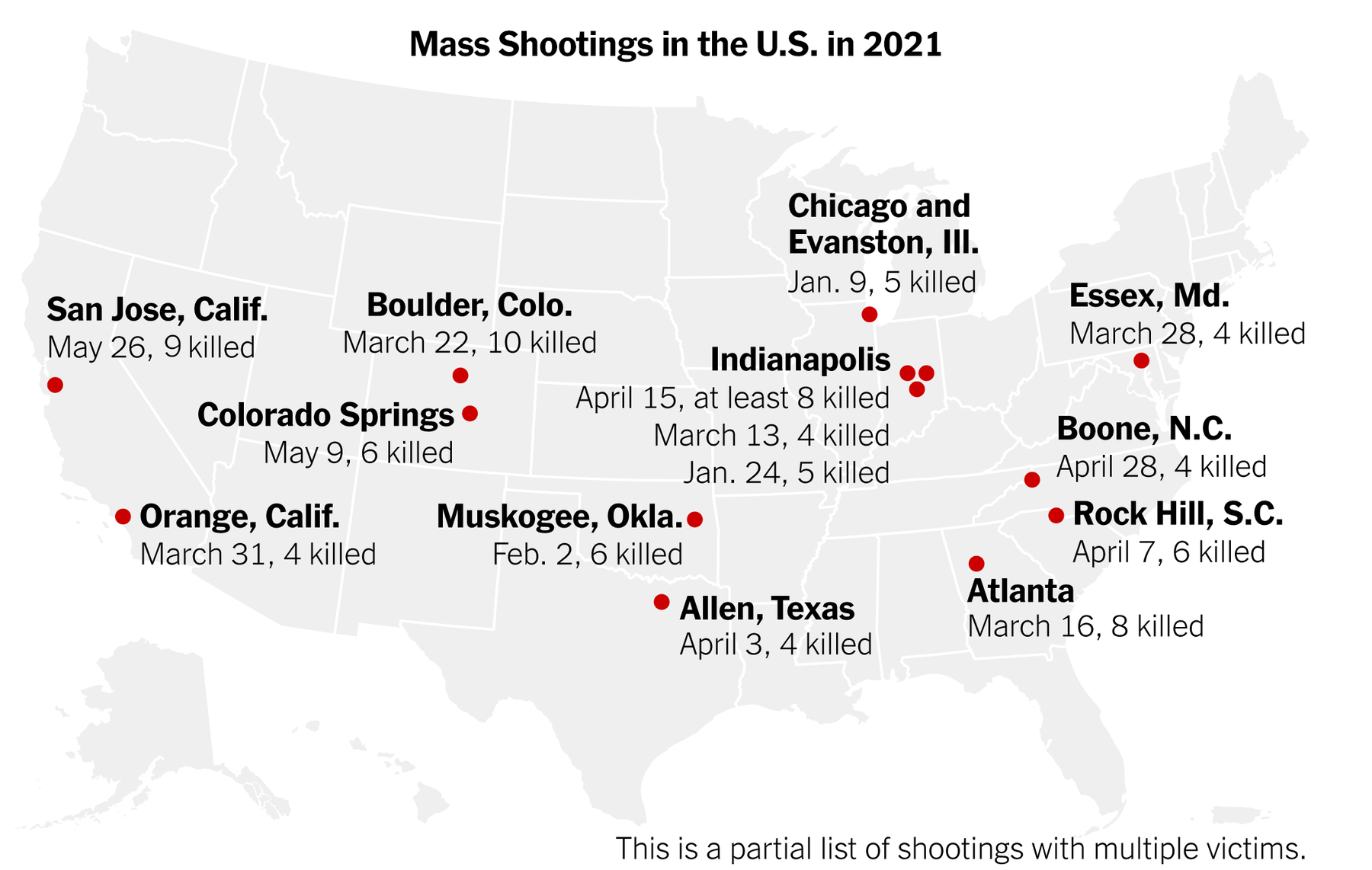 Meanwhile, two gun reform bills that have been passed by the House of Representatives are pending in the senate. These bills would require expanded background checks for gun purchasers and would give authorities ten business days for federal background checks to be completed before a gun sale can be permitted.

But these bills are unlikely to get passed in the Senate even though the majority of Americans, including Republicans, support more effective gun laws. But most Senate Republicans will vote against gun reform legislation. And even with the Democrats holding a 51-50 majority in the Senate (with VP Kamala Harris’ tie-breaking vote  giving the Dems the majority), the Republicans will block gun reform legislation due to the filibuster.

The filibuster is a Senate procedural rule that requires a vote by 60 of the 100 senators to cut off debate and advance a bill. With the Senate divided 50-50, Democrats would need the support of 10 Republicans to move most bills.

And so gun violence in America is the winner of the week, with no end in sight.

For this week’s Song Lyric Sunday, Jim Adams’ has given us the options of selecting songs about towns, cities, counties, states, or countries. I’ve always lived in relatively large metropolitan areas and have never actually lived in a small town, which is why I’ve always been fascinated by Simon & Garfunkel’s song, “My Little Town.”

“My Little Town” was a 1975 song by the American duo Simon & Garfunkel. It was written by Paul Simon, who produced the track along with Art Garfunkel and Phil Ramone. It became the duo’s eighth top-ten hit on the Billboard Hot 100 chart in late 1975, peaking at number nine.

Interestingly, Simon and Garfunkel had decided to part ways in 1970 and to record their own solo material. In June 1972 they were asked to reunite and to sing at a political benefit concert for U. S. presidential candidate George McGovern at Madison Square Garden, New York City. Then, in early 1975, Simon had decided to prepare material for a new solo album in which the music was a bit more personal. But he said that “My Little Town”was written with Garfunkel specifically in mind. Simon had been quoted as saying, “It originally was a song I was writing for Artie. I was gonna write a song for his new album, and I told him it would be a nasty song, because he was singing too many sweet songs. It seemed like a good concept for him.” After playing the song for Garfunkel, the two decided to collaborate again in the studio on this one track.

Simon has stated that the song was not autobiographical. He said that it was about “someone who hated the town he grew up in and was happy to get out.” But Garfunkel has explained that the song was, in fact, about his own childhood and how he “grew up in an area where a career in music was not seen as either desirable or exciting.”

When I listen to the song and read the lyrics, my impression is that it was written about a kid who grows up in a small town, but wants to get out and to never come back, leaving the dead and dying behind. The song is incredibly evocative, conveying feelings of nostalgia, fondness, cynicism, and disillusionment, where the now older, wiser young man can see the unattractive truth that his youthful innocence obscured.

Here are the lyrics to “My Little Town.”

In my little town
I grew up believing
God keeps his eye on us all
And He used to lean upon me
As I pledged allegiance to the wall
Lord, I recall

Welcome to May 30, 2021 and to Fandango’s One-Word Challenge (aka, FOWC). It’s designed to fill the void after WordPress bailed on its daily one-word prompt.