Melanie is back with her Share Your World prompt and she’s asked some interesting questions today. Let’s she what she wants us to share this week.

If you could throw any kind of party, what would it be for? (Covid considerations are suspended for this question.)

The landscaping and hardscaping in our backyard is almost finished, so once it’s all done, I’d want to invite our family, friends, and neighbors over for a backyard cookout.

Is a picture worth a thousand words? Elaborate.

The depends upon the prompt. Some are limited to just 100 words. Some up to 200 words. A few allow up to 300 words. But none, as far as I know, are worth a thousand words. 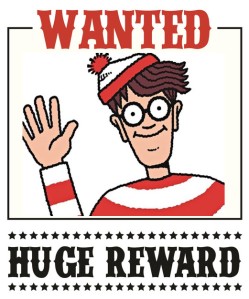 Poor, misguided Waldo. Waldo was identified as a participant in the January 6th siege of the U.S. Capitol building by fanatic Trump supporters in their effort to stop the official certification of Joe Biden as the winner of the 2020 presidential election. Since being identified by the FBI as one of those who breached the building, Waldo has gone into hiding at an undisclosed location. There is a worldwide manhunt going on to try to locate him and bring him to justice. The FBI is asking for our help and has posted a Twitter message with the hashtag #Where’sWaldo. A significant reward is being offered to the person or persons who can assist the FBI in locating where Waldo is.

What’s the best part of waking up?

I’m tempted to say “Folgers in your cup,” but have you ever actually tried to drink Folger’s coffee. Yuck. 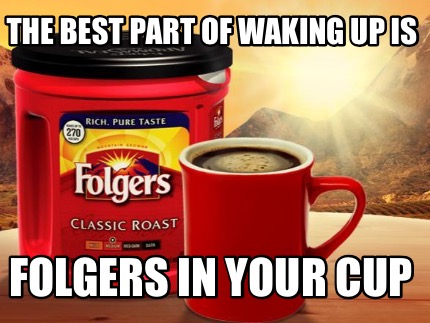 Instead I’m going with the first pee right after you get out of bed. Oh what a relief it is.

Okay, truth be told, I’m a rather hairy guy. Almost Neanderthal-like. And since I’m pretty much already covered in fur, fur it is and fur it must be.