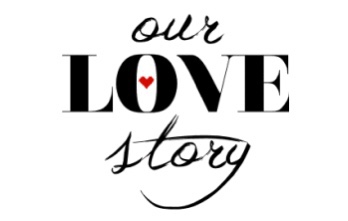 In recognition that today is Valentine’s Day, the Mindlovemisery’s Menagerie Sunday Writing Prompt asks us to write a story of love. So here we go, a true story of how I met my wife.

It was a fix-up. A blind date. My brother-in-law played tennis with her father and one day his daughter showed up to watch them play. I got a call from my brother-in-law telling me all about her and he gave me her phone number.

I was reluctant to call her as I was not keen on blind dates, but I had recently broken up with a girl I’d been dating for about six months and I figured I was ready to dip my toe in the water again. So I decided to give it a go.

I spoke with the fix-up girl on the phone a couple of times and thought she sounded nice and seemed to have a good head on her shoulders. And, most important, she laughed at my jokes. So I arranged to pick her up at her apartment. It was one of those buildings where you’d go to the front desk and they’d call and let the person know that there was someone in the lobby to see them.

I was told to take a seat and that she would be coming to the lobby shortly. A few minutes later, the elevator doors opened, I looked up, and I saw a vision. She looked like an Indian princess — or, as we’d say in the politically correct 21st century, a Native American princess — and I was smitten.

It was truly love at first sight, at least on my part. That was in 1976 and we’ve been together ever since.