In his Friday Four series, Rory, A Guy Called Bloke, has once again posed four rather provocative questions for us to ponder.

If the world started ticking backwards how long would it take for you to move forwards time wise?

Well, I’m no scientist, mathematician, or astrophysicist, but if everything around me in the world starting ticking backwards, and I just stood still, wouldn’t I, by definition, move forward in time?

What are three foods you hate with a passion and refuse to eat whatever and also, what is it about these foods that turns your stomach so?

What is something that everyone looks stupid doing?

If you were to have a nickname here in your blog [and different from your Blog Avatar if you use one] that we all called you with your consent, what would you choose and why?

When I was into Tolkien’s The Lord of the Rings, I really liked that character, Treebeard, an Ent  (beings that closely resembles trees). Treebeard was described as the oldest living thing that still walked beneath the sun in the Middle-earth. In fact, if Treebeard would have been available as a pseudonym, I might have used that instead of Fandango. And no, it’s not because I’m the oldest living thing under the sun. It’s because I’m tall, I have a beard, and I like to believe that, like Treebeard and most Ents, I’m generally a very patient, thoughtful, and deliberate person.

Jim’s lifelong ambition was to be a television news anchor for a national network. After years of kicking around local TV stations, Jim finally got his big break and was called in to audition for a co-anchor position on a prime-time cable news network show.

He aced the audition and was thrilled when he was offered the job. The first night of his co-anchor role finally arrived. The lights came on, the cameras started to roll, and when Jim’s co-anchor was about to introduce Jim, she looked around and saw that he was sprawled out on the floor, having fainted.

The former President came back from his day at his golf course with a noticeable limp. One of his aides asked him what happened and Trump explained that he drove a ball into the rough and got so angry that he kicked a tree trunk and broke his toe. “But don’t you tell anyone about that,” Trump said. “If you snitch on me to the press I will have to fire you.”

“Unfortunately,” the aide told one of the other aides later, “this is the price you pay when you work for someone with a personality that is off the scale in insanity and narcissism. He’s a total gabble-ratchet and should be sent to a funny farm for the rest of his life.”

“Yeah,” said the other aide, “but I think they should send him to Sing Sing Prison, up where he belongs.”

My entire extended family participated in a Zoom call.

2-What do Joseph Biden, Warren G. Harding, and James Monroe all have in common?

They were all born female and had sex change operations.

3-What distinction does James Monroe have that no President since can claim?

He was married to Marilyn Monroe before she married Joe DiMaggio.

Because he told his wife, Barbara, that her infant son looked like he was squinting all the time and wanted to name him “Squinty,” but Barbara thought that would be undignified and they finally compromised on “Quincy” as his nickname.

5-What was historically significant about Queen Elizabeth, II’s coronation?

She was the first monarch of England to wear a miniskirt to her coronation.

6-Why did King Edward VIII’s reign not even last a full year?

He decided that he would rather be a jester than a king, but no one thought he was funny.

7-What event happened during King George III’s reign that changed his official title?

Unlike Edward VIII, George III was a really funny guy, so he changed his official title to King Jester.

8-What British figure was known as “The Iron Lady”? 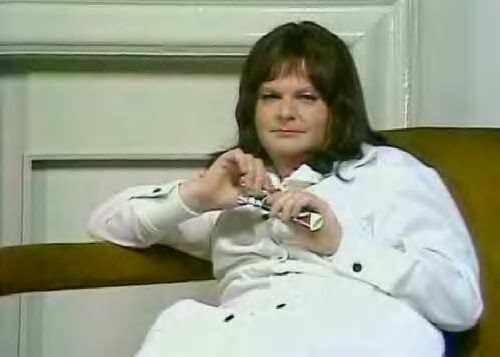 9-What did Joe Biden do before getting into politics?

He was the founder of Joe’s Crab Shack.

10-What did Boris Johnson do before becoming Prime Minister?

He was a hair stylist best known for his work with with Martin Gore of the rock group Depeche Mode.

If you’ve been blogging for less than a year, go ahead and choose a post that you previously published on this day (the 22nd) of any month within the past year and link to that post in a comment.

I’m a car guy and I pretty much always have been. Don’t get me wrong. I’m not an auto mechanic or a car fanatic. I can change a tire if I absolutely have to. I can add fluid to the windshield washer reservoir. I can even top off the antifreeze in the radiator. But that’s about it. Anything beyond that and it’s time to hire some grease monkey.

(If anyone reading this happens to be a grease monkey, please don’t take offense. I hold you and your mechanical skills, which skills I could never come close to replicating, in very high regard. On the other hand, when it comes to paying your outrageous bill for a minor adjustment of my car’s doohickey joint or replacement of the framis bearing, I hold nothing but animosity toward you. No offense.)

As a car guy, when given my choice for mode of transportation, I will almost always choose to travel from point A to point B and back by car. Of course, sometimes it could take too long or be too far to drive, so I’ll fly. Or perhaps there may be some physical barrier, like an ocean, between where I am and where I want or need to be, so I’ll fly. But if there is sufficient time, reasonable distance, and a lack of water hazards, I will almost always opt to drive my car.

This was not always the case. There was a time, before I was old enough to drive, when I depended upon my bicycle and public transportation to get around. But then I got my driver’s license and a few years later, when I was about 18, my parents handed down to me their 1961 Corvair Monza. 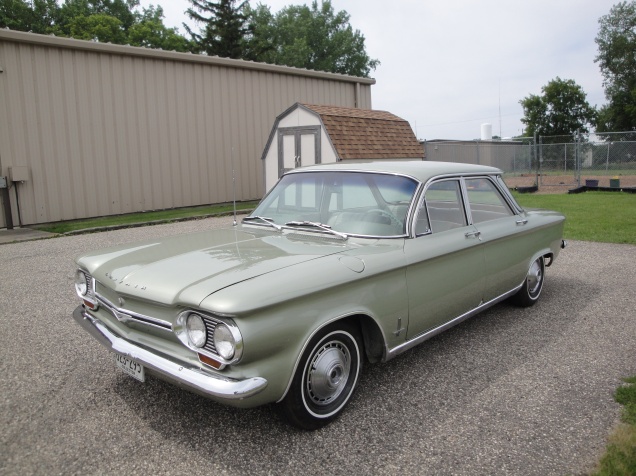 I believe they gave it to me right about the same time that consumer advocate Ralph Nader first published his book, “Unsafe at Any Speed,” a book that basically condemned the Corvair as a death trap. Hmmm.

In any event, once I got my own car, I wouldn’t have been caught dead taking a city bus. Seriously, is there anything more opposite of “cool” than taking a bus? It was so uncool that in the more than 40 years that have elapsed since I first got access to a car, I had not again boarded a city bus. Until last year. When my wife and I bought our condo in San Francisco.

Yes, we do have a car here in San Francisco and we do have a garage under our condo in which to park our car. But parked in the garage is pretty much where it remains unless we have to head out of the city or we need it to pick up things too large or heavy or bulky — like multiple bags of groceries or furnishings for the condo — to make walking or taking public transportation feasible. In fact, in the seven weeks since we arrived in San Francisco, our car has been out of the garage maybe only three or four times!

San Francisco’s MUNI system of city buses provides a great alternative to driving, especially given the price of gas these days and the challenges of driving the hilly streets of San Francisco in a car with a manual transmission. Taking the bus is simply too convenient to pass up. There are at least four MUNI bus routes within several blocks of our condo, and we can easily catch both east/west and north/south routes. That pretty much enables us to get virtually anywhere within the entire city with relative ease.

And, oh yes. I’m doing a lot of walking, too. Within a few blocks of our condo, in virtually any direction, are dozens of shops, restaurants, and even movie theaters. Between the buses and the places we can walk to, who needs a car?

For a car guy like me, how’s that for behavior modification?

P. S. My wife and I took the car out of the garage today. It’s January 22nd and we put the top down on the MiniCooper convertible and drove across the San Francisco Bay to Berkeley. It was sunny and temperatures were in the mid-sixties. How sweet it is!

Last year around this time, my wife and I moved to a suburb around 35 miles east of San Francisco. Hence, our primary mode of transportation has reverted back to the automobile. Oh well, it was great while it lasted.