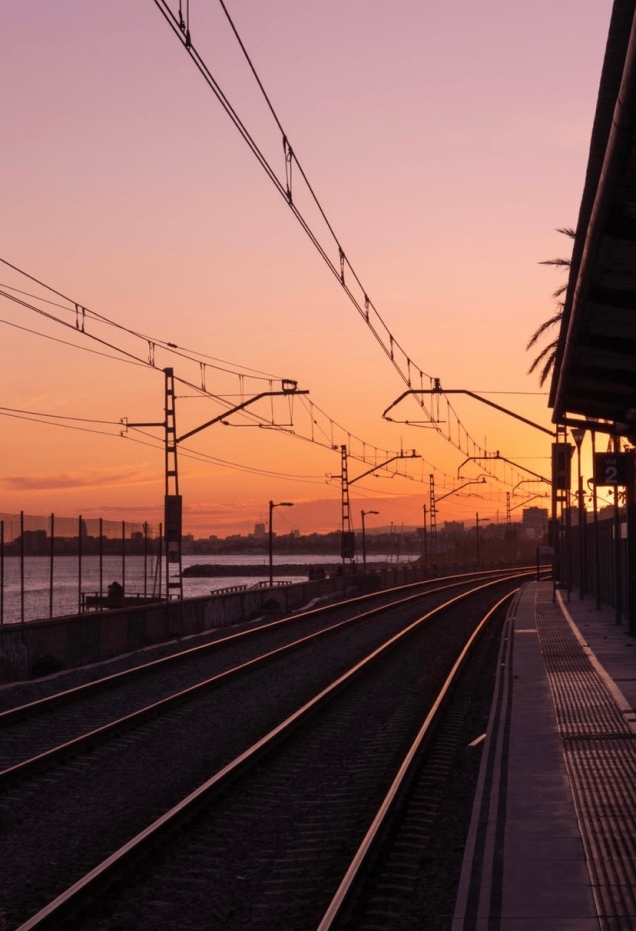 It’s dawn. The is sun just rising above the horizon in the east. I left the house before my wife and kids got up. I don’t want to hurt them any more than I already have.

At this hour the platform at the train station is empty. As empty as my soul. I am a bad person. I am a destroyer. I leave nothing but heartache and chaos in my wake.

My problem in trying to escape is me. Because no matter how far away I go, no matter how I try to leave my ruined life behind, I can escape from everything I know and everyone I love, but…

I can’t escape myself.

Written for this week’s What Do You See? prompt from Sadje at Keep it Alive. Photo credit: Rodrigo Curi at Unsplash. 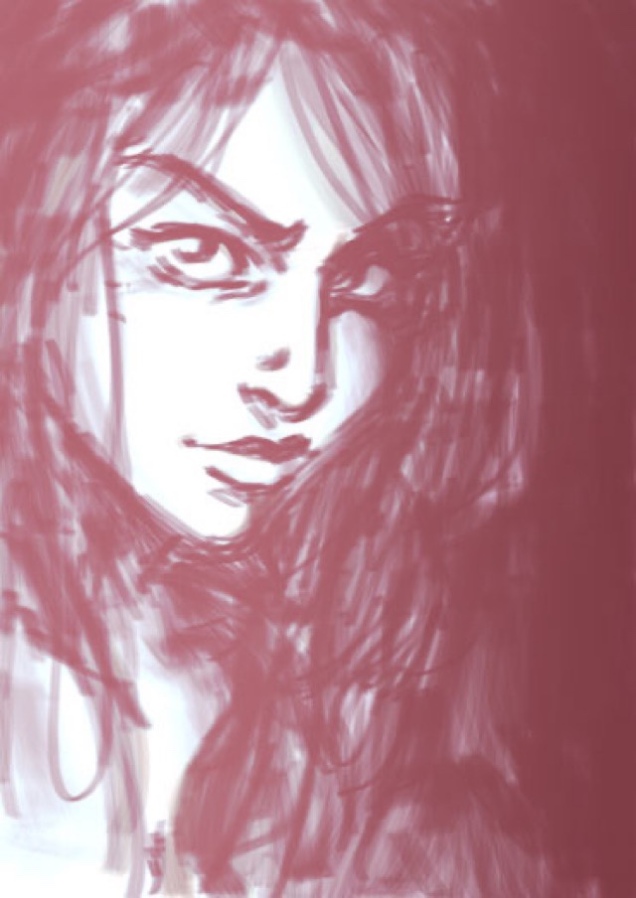 “Listen, Sam, I’m not the type of guy who likes to interfere with another guy’s  love life, my friend,” Evan said, “but that lady of yours has you all twisted up in knots.”

“I know, dude, I know,” Sam said. “Ever since I became her boyfriend, I feel like she’s turned me into a total basket case.”

“You knew, Sam, that she had a reputation for chewing up guys and spitting them out,” Evan said.

“Yeah, but I thought I could be the exception. Now I see that I’m just one more casualty.”

“Well, buddy,” Evan said, “all you need is a little willpower. You need to step away and resist her charms if you don’t want to end up twisting in the wind.”

“You’re absolutely right, Evan,” Sam said. “I’m writing that bitch off. I refuse to be just another face in the mob of guys she’s destroyed.”

Sam paused when his phone vibrated. He pulled it out of his pocket, looked at it, looked up at Evan, and said, “It’s her. She texted me and says she wants me to come over to her place right away.”

As Sam stood up, Evan grabbed his arm and reminded Sam of his need to exercise willpower. Sam looked at his best friend and said, “I can’t help myself, dude. She’s my femme fatale.”

3 – What event triggered the start of the U.S. Civil War?

Donald Trump’s instigation of a siege on the U.S. Capitol building.

It was when the two florist shops on Main Street began lowering the prices of their roses in order to drive business away from the other shop.

5 – Where was the Kingdom of Prussia located?

In the town of King of Prussia, Pennsylvania.

6 – According to the account in Genesis, what happened at the Tower of Babel?

An earthquake turned the tower into rubble.

7 – What artistic style is Pablo Picasso famous for?

He used to create sculptures from the Pablum his mother would feed him, rather than eat the gross-tasting cereal. 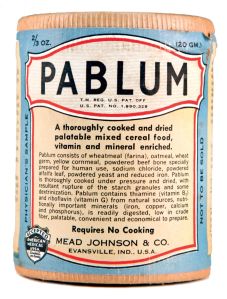 8 – January 6th was two days ago. What makes it special?

It won’t happen again for another 363 days.

He was the funny one of the famous detective pair.

10 – The song, “Home on the Range” asks for a home where what two animals play?

Lions and tigers (and sometimes bears), oh my.

“I will not have it,” Margaret insisted, “I’m embarrassed to have anyone come into our apartment. I know you’ve been working from home since this whole pandemic thing started, but you’ve got your crap spread out all over the dining room table and it’s ridiculous that we can’t use it for meals. I will not tolerate your mess anymore. I’ve organized all of your office supplies and put them inside the credenza. You can keep your laptop on the end of the table, but you need to keep your work area neat.”

If you’ve been blogging for less than a year, go ahead and choose a post that you previously published on this day (the 8th) of any month within the past year and link to that post in a comment.

This was originally posted on my blog on January 8, 2018.

An Open Letter to Dog Owners

I have a bone to pick with some of you. Like you, I’m a dog owner. And like most of us dog owners, I’m responsible and diligent when it comes to cleaning up after my dog. I carry at least two poop bags every time I walk her and I always, always pick up her poop wherever she decides to deposit it.

But there are too many of you who are falling down on the job. You allow your dog to poop in the middle of the sidewalk, on people’s lawns, in the park on the grass where kids play, and on paths and trails where people walk.

I am sick of how inconsiderate you, as a dog owner, are being when you don’t bother to clean up after your dog. I am tired of having to scrape your dog’s shit off the soles of my sneakers when I step in the crap you and your dog left behind.

Like I had to do this morning when one of you sonsabitches left your dog’s poop in the middle of the sidewalk.

So I’m very nicely requesting that you do what is right and scoop up your dog’s shit so that someone else doesn’t end up stepping on it or sitting in it.

And I’m also putting you on notice. If I ever see any one of you thoughtless dog owners fail to pick up after your dog, I’m going to do you a huge favor and scoop it up in one of my poop bags.