Trump had called it “the big one” that would end with the Supreme Court undoing Biden’s substantial Electoral College majority and allowing Trump to serve another four years in the White House.

The “it” in this case was the lawsuit filed by the Texas Attorney General against Georgia, Michigan, Pennsylvania, and Wisconsin. The Texas AG accused the four key swing states, where Biden defeated Trump, of certifying “unlawful election results.” The lawsuit was asking the Supreme Court to declare that the Electoral College votes cast by electors in those four swing states “cannot be counted.”

Seventeen other Republican-led states signed on to the Texas AG’s suit, as did Donald Trump and 126 Congressional Republicans, in a last-ditch effort to try to subvert the will of the majority of the American people and, in the process, to destroy the American democracy.

But a more fragile democracy in the United States than any of us could have imagined, while being tested, has not fallen. Today, the Supreme Court rejected the Texas AG’s lawsuit to overturn Joe Biden’s election victory, ending a desperate attempt to get legal issues rejected by state and federal judges before the nation’s highest court.

In a brief order, the court said that Texas does not have the legal right to sue those states because it “has not demonstrated a judicially cognizable interest in the manner in which another State conducts its elections.” In other word, Texas, what happened vis-a-vis the election in other states is none of your fucking business.

The Electoral College meets Monday to formally elect Biden as the next president. And that means it’s all over for Trump.

Well, it’s all over but the shouting. But knowing Donald Trump, he’s not going to stop shouting. In fact, he and his supporters will probably turn up the volume to 11.

I know I should be happy with today’s decision by the Supreme Court, but I’m still worried. I am worried about what the mad man who still occupies the Oval Office, and will continue to do so for the next five-plus weeks, will do. I worry that his minions will not stand down. I worry that there will be violence and bloodshed in the streets of our nation.

“What the hell, Ellen?” John said as he walked into the family room. “There are two kittens in our bedroom. Would you mind telling me what’s going on?”

Ellen clicked her tongue. “Oh, don’t get your bowels into an uproar, John,” she said calmly. “Mrs. Ferguson from down the street, well, her cat had kittens and she came over today and said, knowing that we don’t have any pets, perhaps we might like one.”

“But there are two there,” John said.

“I know,” Ellen cooed. “Aren’t they the cutest little kitties you’ve ever seen? And you know we’ve been talking about getting a pet. It’s serendipity, isn’t it?

“First of all, Ellen,” John said, “I never agreed to us getting a pet. Second, if we were to get a pet, my preference would be to get a dog, not a cat, much less two. I hate cats.”

“But John,” Ellen said, “dogs require much more work. They need to be taken out for walks all the time. But you’re never around, what with all the traveling you do for your job and the long hours you work when you’re not on the road. So the task of walking the dog would fall upon me. The wisdom of having kittens is that they’re much easier to take care of. They somehow automatically know how to use a litter box and you never have to take them out in the freezing cold of winter or the heat and humidity of summer for them to do their business.”

“Well, the answer is simple, then, Ellen,” John said. “I don’t want a pet and I certainly don’t want any cats underfoot. So call up Mrs. Ferguson and tell her to take back her damn kittens.”

“I refuse,” Ellen firmly stated. “You’re never home, we don’t have any kids, and I want — no I need — these kitties for company and to take care of. I’m not giving them back.”

John shook his head. “Fine,” he said,” consider my letting you keep these kittens to be my propine to you. But I’ll be damned if I’m going to clean up their litter box.”

“Propine” is a word I’d never heard before, but according to the Word of the Day Challenge prompt, it means to offer as a present or a gift. Were it not for that word prompt, my last sentence would have read, “…consider my letting you keep these kittens to be my gift to you.” 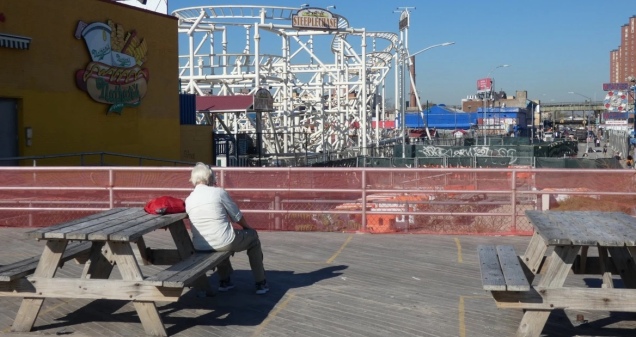 Harold sat at the picnic table at Coney Island looking over at the old Steeplechase ride. He flashed back to his youth when he would spend his summer days riding that roller coaster. But he had to face the fact that his youth was gone and, between his vertigo and his bad back, he could no longer enjoy rides like that anymore.

He noticed the Nathan’s sign and remembered those classic hot dogs and fries. Oh how he craved them. But not anymore. Not with his acid reflux.

It’s a shame, Harold thought, that youth is wasted on the young.

It’s an invitation to go out onto the bay in a sailboat, get drunk, and post a YouTube video of everyone saying “Wassup?”

2 – What was on Little Jack Horner’s thumb when he pulled it out of his Christmas pie?

He pulled out a long, brown hair that his mother must have let fall into the batter when she made the pie. It caused Little Jack to upchuck.

3 – According to the song, what was it that “My True Love gave to me” on the 8th day of Christmas?

Divorce papers. Turns out she wasn’t really his true love at all.

It’s what ends up in the toilet after having taken a laxative to finally unblock your bowels after drinking too much eggnog while decking the halls with all that holly.

5 – What was so special about the reindeer named Rudolph?

A few years earlier, Rudolph had been a she, Ruth, but she had undergone a sex change operation because Santa, a misogynist, would not permit a female reindeer to lead his reindeer team.

6 – What were the names of Santa’s reindeer?

If you don’t leave Santa a snack, the fat bastard won’t leave you a present.

Krampus is what women go through each month when they have their menstrual cycle.

9 – How did the tradition of kissing under mistletoe get started?

It was an attempt to take a man’s attention away from the cameltoe of that sexy young girl in the very, very tight jeans and to force him to focus, instead, on kissing his wife on her lips. Her mouth lips, that is.

10 – Why is Christmas celebrated in December?

September has Labor Day, October has Halloween, November has Thanksgiving, January has New Year’s Day, February has Valentine’s Day, March has the Ides of March, April has Easter, May has Mother’s Day, June has Father’s Day, July has Independence Day, and August has International Beer Day (followed by International Hangover Day). December needed a holiday, so it was decided that Christmas would be in December. 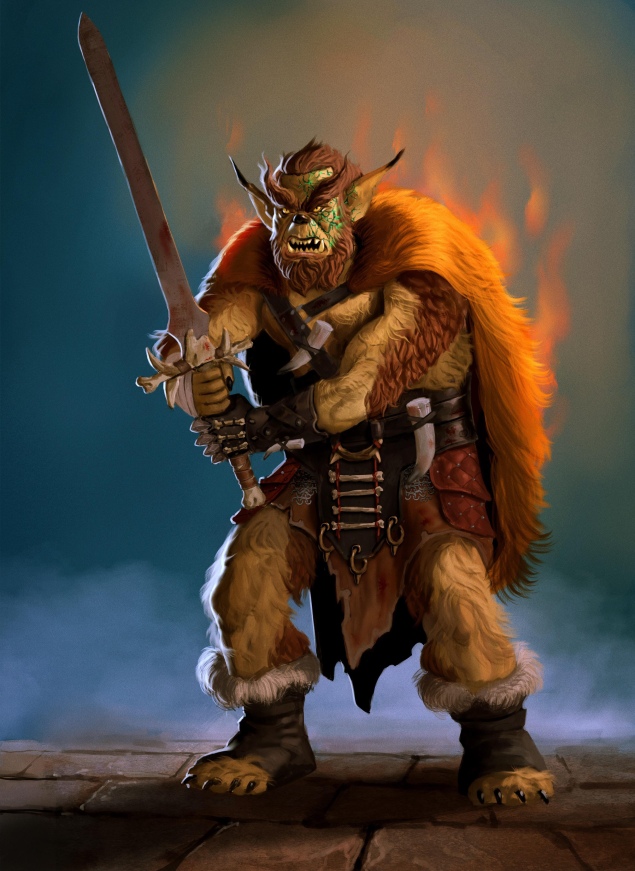 Rory, A Guy Called Bloke, wants to know if we think common courtesy is a thing of the past.

To that end, he’s asked us these questions….

What are your top 5 bugbears?

To be honest, I’d never heard of the word “bugbear” before reading it in Rory’s post. I Googled it and learned that a bugbear is something, real or imaginary, that causes needless fright or fear. The image at the top of this post is supposed to be a bugbear. Yeah, it’s pretty ferocious looking.

So I’m going to list the top five things that cause a bug up my butt, or a “bugabutt.

Do you believe that 1] common courtesy is dead and 2] that political correctness and equality may have a stake in the problem itself? Or do you believe it is purely and simply a lack of concern for people?

For starters, I don’t see any direct or definitive relationship between common courtesy and political correctness. Common courtesy is showing respect for others. It’s politeness that people can usually be expected to show. Political correctness is about language. It’s conforming to a belief that language and practices which could offend another’s sensibilities should be discouraged.

Thus, common courtesy and political correctness are neither inextricably intertwined nor mutually exclusive. So when it comes to common courtesy, to me it comes down to respect and politeness. And, despite the lack of courtesy shown by some, I think most people are aware of and practice common courtesy.

Finally, should we all just join the ‘F##k You Squad!’ and become less respectful to people?

Absolutely not. I think we’d all be better off following what some call “The Golden Rule.” Treat others the way you would like others to treat you.