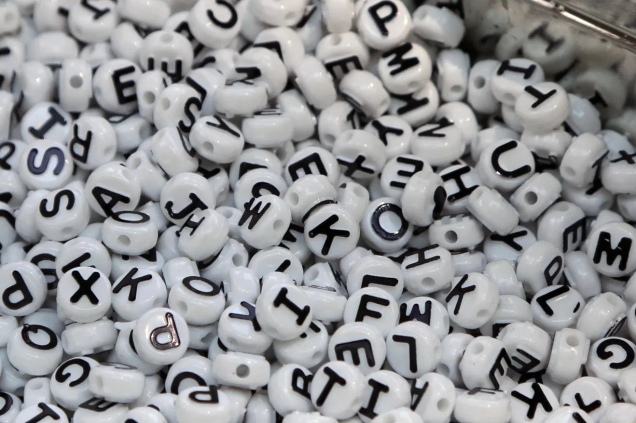 Running into the kitchen, Sharon called out to her mother. Holding it out for her mother to see what she had just completed, Sharon said, “It’s a beaded necklace I just finished making for my teacher, Miss Robertson.”

Sharon’s mother picked up the necklace that her seven year old daughter had been diligently working on for the past two weeks. “It’s very special, sweetie. I’m sure Miss Robertson will love it.”

“Do you see what it says, Mommy?” Sharon asked. “Look, it spells out ‘Merry Christmas Miss Robertson.’ Isn’t that neat?”

“It really is good, sweetie,” Sharon’s mother said. “But honey, you spelled the word ‘merry’ with only one ‘R.’ It’s supposed to have two. And ‘Christmas’ is missing the letter ‘T’ in it.”

Sharon’s little face turned red and tears started welling up in her eyes. She grabbed the necklace out of her mother’s hand and as she did, the thin elastic thread that Sharon had painstakingly threaded through the small hole in each individual letter bead broke, scattering all of the small beads onto the kitchen floor.

For a moment, neither Sharon nor her mother said a word as they both silently stared in disbelief at the scattered beads. Then the seven year old stomped her right foot down hard on the floor and screamed, “Fuck this shit,” as she stormed out of the kitchen.

8 thoughts on “FFfPP — The Necklace”