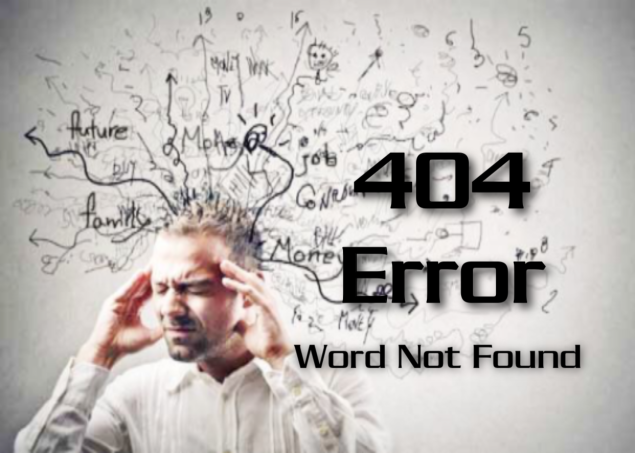 For this week’s Stream of Consciousness Saturday prompt, Linda G. Hill asks us about a word we have to look up. She says, “We all have words we can never spell. Use one of yours in your post and let that word drive your stream of consciousness wherever it goes.”

I used to be an excellent speller in my younger days. But then, as I got older, my brain started to shrink and has now apparently exceeded its maximum word capacity, requiring it to run some diagnostics and to perform a raw data purge. As a result, words that I used to absolutely know how to spell without doubt or hesitation, are sending me 404 Error – Word Not Found messages, forcing me to go to either Google or to dictionary.com figure out how to correctly spell the damn word.

The most recent example of this inability to spell a word that I’ve correctly spelled countless times was the word “aficionado.” I was actually writing an email to my brother-in-law when I typed that word — or at least what I thought was the correct way to spell that word — and that pesky squiggly red line appeared under the word I had typed, a sure sign that my email app was telling me I wasn’t spelling it correctly.

I had typed “officianado.” Then I removed the second “f” and the resulting spelling, “oficianado,” still had that squiggly red line under it. Dammit.

I went to Google and did a search on “oficianado” and this is what I saw:

Of-fucking-course! It’s “aficionado” with an “a” and not an “o” at the beginning. And it’s “cionado” and not “cianado.”

I knew that! Or I used to know that, anyway.