If you’ve been blogging for less than a year, go ahead and choose a post that you previously published on this day (the 18th) of any month within the past year and link to that post in a comment.

This was originally posted on my old blog on September 18, 2008. America was preparing for the presidential election between Republican candidate John McCain and Democrat candidate Barack Obama. Politics seemed pretty strange back then, but as I re-read this post from twelve years ago, from today’s perspective, it was actually rather quaint.

I have tried to remain apolitical in this blog but it hasn’t been easy, given that, besides hurricanes, the collapse of Wall Street, the tanking economy, the price of energy, and the exciting race for the AL East pennant, it’s pretty much been all politics all the time.

It has gotten interesting though, especially when you look at where we are compared with about a year ago, when McCain’s Straight Talk Express had seemingly run off the rails and no one was giving him a chance to get the GOP nod, and when Hillary was the walk-away favorite to win the Democratic nomination.

But now, with only about seven weeks to go before Election Day, it has suddenly, and rather unexpectedly, turned into a dog race between McCain and Obama. 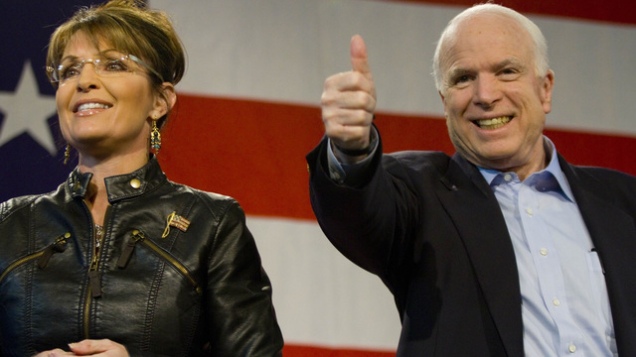 I have to give the McCain campaign credit. His rather unexpected and highly unusual selection of Sarah Palin last month as his running mate served four political purposes aimed toward bolstering his sagging presidential campaign.

First, hoping that gender supersedes ideology, he was pandering to the disenfranchised Hillary supporters.

Second, he was countering his “old, out-of-touch, white man” image by parading a fresh, new face with, on the surface anyway, a few years of reformer credentials under her belt.

Third, he was accommodating the religious right, the evangelicals, who were critical that McCain isn’t “conservative enough.”

Fourth, with his pick of Palin, he has blunted any Democratic criticism that she has virtually no experience in national affairs because the Republicans can then throw it right back at Obama’s perceived lack of experience.

It’s not that I am impressed with Sarah Palin, but I think his pick was brilliant. It was a great way to add spark to an otherwise failing campaign. Brilliant, anyway, until we start to learn more about her.

And we are learning a lot more about her.

There’s “Troopergate,” and that she is trying to end the investigation or at least defer it until after the election. There’s her somewhat dubious flip flopping stories about the infamous “Bridge to Nowhere” and her claim to not accept earmarks.

There are some questionable expense reimbursement requests related to living expenses in her own home. There is a question about what actually happened with the jet plane that she proudly claimed to have sold on eBay.

There are her ultra conservative, the-bible-is-the-literal-word-of-God beliefs and that the U.S. is on a “mission from God” in Iraq. There’s her position that abortion, even in cases of rape or incest, should be banned.

There’s her inquiring into what it would take to ban certain books, along with her belief that creationism should be taught along side evolution in science classes.

But will all of these revelations have an impact in November? Or did McCain’s running mate pick effectively position him to ascend to the presidency? If it does — and I hope it doesn’t — but if it does, that will be the only reason that McCain would have been elected. And, if that happens, then it truly will have been a brilliant pick.