Every Monday Paula Light gives us an opportunity to blow off a little steam with her The Monday Peeve prompt. I’m going to take advantage of this opportunity by blowing off some steam about the weather.

Okay, I know that I’m beginning to sound like a broken record with all my complaining and whining about two things: the WordPress block editor and the weather. But today I’m even more pissed of about the weather than I am about the block editor.

For the past decade-plus we lived in the city of San Francisco. My home did not have air conditioning. Just a few strategically placed ceiling fans. That’s because, living so close to the Pacific Ocean, it rarely got into the 80s in the section of the city that I lived in. Even more rarely, the high temperature would hit 90. So air conditioning was not a necessity.

But in February we moved to the East Bay, about 35 miles east of our place in San Francisco, to be closer to our son, his then pregnant wife, and our future grandchild. It seemed like a good idea at the time.

But what we didn’t count on was triple digit temperatures. Yesterday it hit 111. And at around 4:40 pm yesterday afternoon we lost power for about four hours. Loss of power meant loss of air conditioning and it didn’t take long before our house became uncomfortably hot.

So what is my peeve about today? Well, here’s today’s forecast. 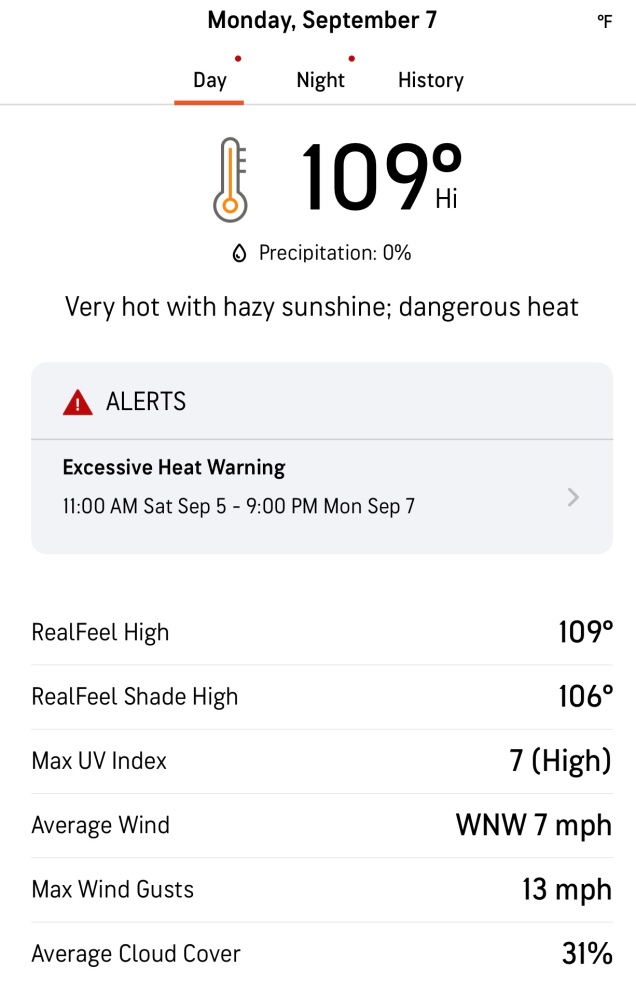 And the power company is talking about more rolling blackouts to accommodate the demand. On top of that, the National Weather Service has also issued a Red Flag Warning. 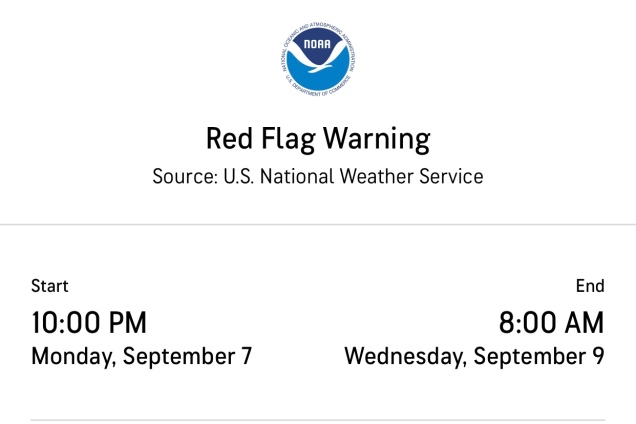 That is a warning issued for weather events which may result in extreme fire behavior that will occur within 24 hours. Meanwhile, the air quality is already hazardous due to the existing wildfires.

So yeah, I think I’ve got good reason to be a bit peeved today.

27 thoughts on “The Monday Peeve — The Heat”