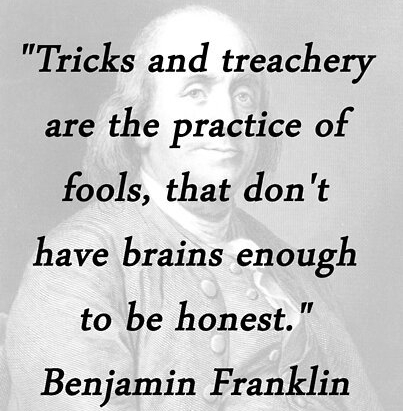 Are we, in the United States, now experiencing the worst of times, the age of foolishness, the season of darkness, and the winter of despair? It sometimes seems that way to me. I view the times we’re going through right now as treacherous times and times that may lead, possibly before this year is over, to the second American Revolution. A potentially violent revolution.

But I am a white male. My perspective may be colored by my race and heritage.

Are these times as treacherous for black Americans as they were in the days of slavery?

Are these times as treacherous for Native Americans as they were in the days of Manifest Destiny?

Are there times as treacherous for Asian Americans as they were in the days of internment camps during World War II?

Are these times as treacherous for Muslim Americans as they were in the days shortly after 9-11?

Are these the worst of times for American women?

In the scheme of things, these are probably not the worst of times for many Americans. Because, throughout the history of this country, many have suffered gravely.

And unless we are willing to censure the blatant political corruption that has overtaken our society, unless we are willing to embrace true equality and begin to treat everyone, regardless of race, religion, national origin, and gender, with the same dignity, kindness, and respect with which we expect to be treated, we will continue to float, like that proverbial butterfly, toward the sweetly fragrant but deadly poisonous plant that seems to be growing wild across our nation.

It’s time to do better, America. 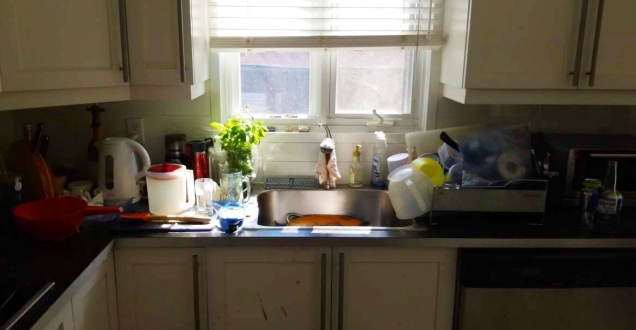 “Dammit, Leo, I keep telling you that we need to remodel this kitchen,” Sylvia said. “The sink is too small, there’s not enough counter space, and the cabinets are falling apart. I’ve had it and I’m not going to put up with this sore excuse for a kitchen.”

“You’re such a drama queen, Sylvia,” Leo said. “You know we can’t afford to redo the kitchen. You’ll just have to make do.”

“Make do?” Sylvia threw the damp dishcloth at Leo and said, “You make do!”

“Fine, Sylvia,” he said. “Just clean up the kitchen tonight. I’ll get an estimate tomorrow.”

If you’ve been blogging for less than a year, go ahead and choose a post that you previously published on this day (the 10th) of any month within the past year and link to that post in a comment.

This was originally published on July 10, 2017. It was my response to the WordPress Daily One-Word Prompt (caper). 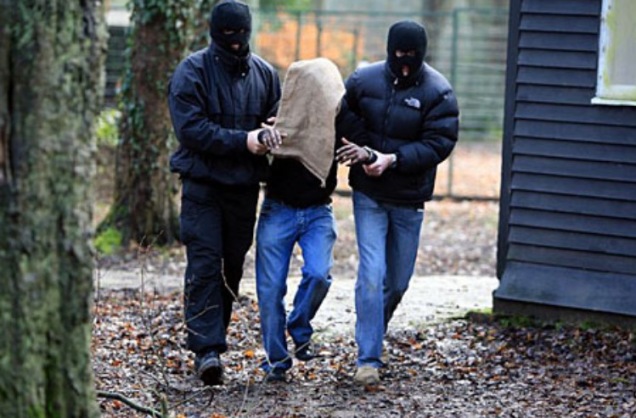 Two thugs grab me off the street, pull a burlap sack over my head, and toss me into the back of a van. One of the ruffians is waiting in the driver’s seat, starts the engine, and speeds away while the two who grabbed me use ropes to secure my hands and feet in the back of the van.

I hear the driver ask his fellow kidnappers, “Where to now, guys?

The two men in the back of the van look at each other, which of course I can’t see because I have a burlap sack over my head, but which I imagine they would do when confronted with such a question.

One of them shouts to the driver, “Bruno, this whole caper was your idea. Don’t you have a plan or are you flying by the seat of your pants?”

“Dunno,” replies Bruno. “Hadn’t thought that far in advance. Ask the guy we grabbed what he thinks.”

“So, whaddya think?” one of the kidnappers in the back of the van asks me.

“Hey Bruno, he says to surprise him.”

“No way,” Bruno calls back. “I’m going to drive around in circles until he tell us where to take him.”

“Take me home,” I yell back at the driver.

“Ha, ha, very funny,” Bruno replies. “Vinny, break one of his thumbs unless he tells you where we should take him.”

“Okay, Vinny, let’s not be hasty,” I say to whichever one of the kidnappers with me in the back of the van is Vinny. “This is an important decision. Give me a second to ponder it.”

“You got a minute to decide.”

I quickly toss around some options in my head. It can’t be in the city. They could drive the van around to the side of an abandoned building, pull me out of the van, and move me into the building without being noticed. Not a building.

Not a forest either. They could drive the van deep into the woods and no one would be around to see or hear me. So not a forest.

“Break his freakin’ thumb already,” I hear Bruno yell from the driver’s seat. “I’m using up all the gas.”

An island is surrounded by water. You can’t drive a van right up to an island. They’d have to lift me out of the van and move me to a boat in order to get to the island. Surely someone would see a man with a burlap sack over his head, hands and feet bound, being carried by a couple of thugs from a van to a boat, and would call the police. Or maybe I’d be able to figure out a way to free myself and get away.

“He says an island,” Vinny yells up to Bruno.

“What island?” Bruno yells back.

“What island?” Vinny asks me.

“Oh for crissake. What kind of incompetent, bumbling kidnappers are you three, anyway? This is your goddam crappy caper.”

“That’s right,” yelled Bruno from the front of the van, “but it’s your goddam crappy nightmare.”

My eyes flutter open and I stretch my arms out after waking up from my brief nap. “I just had the strangest dream,” I say aloud to no one in particular.

Welcome to July 10, 2020 and to Fandango’s One-Word Challenge (aka, FOWC). It’s designed to fill the void after WordPress bailed on its daily one-word prompt.