As I prepare to have my head operated on around the end of the month, there are certain steps I’m required to take prior to the surgery. I must have an EKG to ensure, I suppose, that my heart can handle the stress. I have to have a bunch of blood tests, I suppose, to validate that my blood is red, good, and that there are no underlying diseases lingering. And I have to have a pre-operative physical exam from my primary care physician, I suppose, to confirm that I’m of sound mind and body.

I had the physical exam on Thursday and I apparently passed with flying colors. In fact, my doctor said that I’m in great health — for a man my age. I don’t know why she had to add that caveat about a man my age, but whatever.

Then she asked me if I had an advance directive. “A what?” I asked. She gave me a website and suggested I download and complete the advance directive form. “Just to be on the safe side,” she added.

So when I got home I googled “Advance Directive,” and much to my chagrin, this is what I found:

Advance directives are legal documents that allow you to spell out your decisions about end-of-life care ahead of time. They give you a way to tell your wishes to family, friends, and health care professionals and to avoid confusion later on.

End-of-life care! WTF? My surgery is going to be done in a surgical center on an outpatient basis, not even at a hospital. But my doctor thinks I need to provide legal instructions regarding my medical care “just in case” I am unable to make medical decisions for myself.

Damn. That doesn’t give any warm fuzzies. My doc seems concerned that I might come out of surgery and not be mentally competent to make my own health care decisions. Or maybe even be brain dead!

Up until now, I haven’t been too worried about this surgery. In fact, I’ve been looking forward to it so that my hearing issue will be fixed. But now that my very own doctor has told me to make sure I have a legal document that will give the doctors and my family instructions on what to do in case I come out of surgery in a vegetative state, I’m feeling a bit uneasy.

Thanks a lot, Doc. 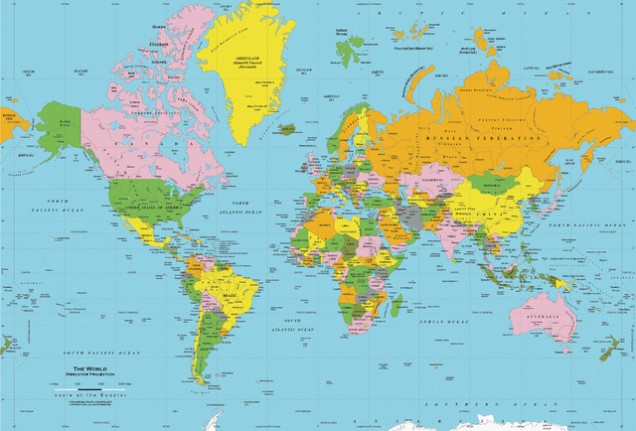 Does the map above look familiar? It should. If you went to school in the United States, you probably saw this map, or one very much like it, hanging in your classrooms.

And if you think that this is an accurate representation of what the world looks like, think again.

Take a look at Greenland, the big yellow country at the top of the map. Greenland looks huge — about the same size as Africa, larger than South America, and certainly way larger than the United States. No wonder Trump wanted to buy it from Denmark.

I went to Google and looked up the sizes, in square miles, of some continents and countries. What I found astounded me.

But it’s a lot smaller than it appears on most maps of the world. In fact, if you compare Greenland’s land mass to that of the other countries mentioned above, this is what it looks like.

Greenland is not tiny, but it’s certainly not as huge as most maps suggest.

Why is that? Well, it’s because most maps, including the one at the top of this post, use the Mercator projection to display the round world on a flat plane.

This type of map was developed by the Flemish geographer and cartographer Gerardus Mercator in 1569. That was 450 years ago! And yet the Mercator projection is still used today because it’s an easy-to-read cylindrical map projection.

All world maps distort the actual layout of the Earth to some degree. The issue is that it is impossible to portray the reality of the spherical world on a flat map.

In the case of the Mercator map, it leads to significant distortion of both the size and shape of large objects. The scale of the distortion increases between the Equator and the poles.

Bottom line, the modern world continues to perceive a nearly five centuries old map as an accurate representation of the world, which it is not. 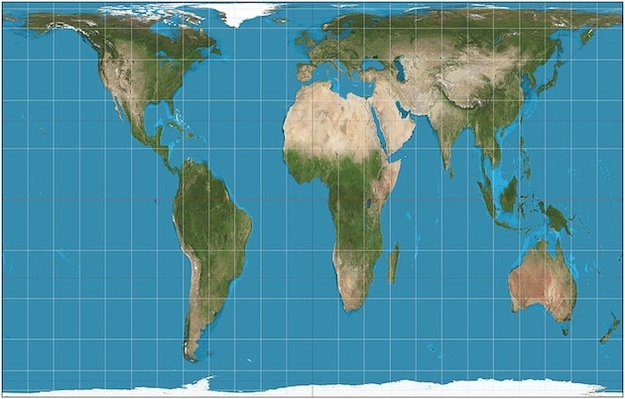 Not surprisingly, the Gall-Peters map met with significant resistance. It shows what we perceive as the land mass of countries in the “south” to be nearly twice as big as those in the “north” — 38.6 million square miles compared to 18.9 million square miles, respectively.

The Mercator projection, however, makes the north look much larger, which, it has been argued, shows a euro-centric bias and harms the world’s perception of developing countries.

The advocates for adoption of the Gall-Peters projection argued that the Mercator projection hindered growth and development in third-world nations while promoting the prominence of Europe and North America. That argument did not sit too well, for both political and practical reasons, with the more developed world powers, so Gall-Peters was never largely embraced.

So the next time you look at a map of the world, remind yourself, that what you’re seeing is a very distorted world view. You know, like what you get if you’re watching Fox News.

By the way, I found this clip, which I thought you might find interesting — well, if you found this post at all interesting, anyway. 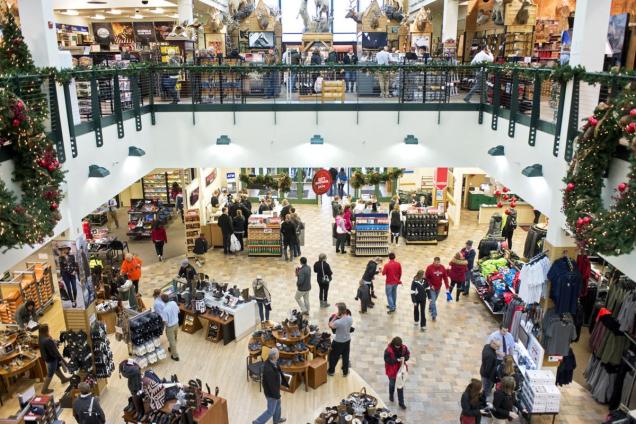 “Have you finished your Christmas shopping yet?” Amanda asked.

“Oh God no, I haven’t even started yet and I’m dreading it,” Diane answered. “You?”

“I’m done and I didn’t even have to leave my house,” Amanda beamed.

“How on earth did you manage to do that?” Diane asked. 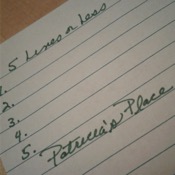 This is written for the Friday Five Lines or Less prompt from Patricia’s Place. The idea is to write a story or poem of five lines or less. This week’s word is “shopping.”

“What the hell is a party bus?” Sammy asked.

“We’ll rent a big bus and invite all our friends to come along as we go bar hopping,” Jack responded. “We can all drink as much as we want because we’ll have a professional bus driver. We’ll have music and dancing and booze on the bus. How awesome would that be?”

“Who’s paying for this bus?”

“Everyone will be asked to pitch in thirty bucks.”

“Our cheap friends? Go back to the drawing board, Jack.”

If you’ve been blogging for less than a year, go ahead and choose a post that you previously published on this day (the 6th) of any month within the past year and link to that post in a comment.

This was originally posted on December 6, 2010 in my now defunct blog.

Never Fly With a Cat

There are some adventures that you just have to experience for yourself. One such adventure is flying cross-country on an airplane with a cat. Sure, there are a few websites that suggested it’s a bad idea to fly with a cat. And just about everyone raised their eyebrows when my wife and I told them we were going to be flying from Boston to San Francisco with our beloved pet cat. But seriously, how bad could it possibly be?

The simple answer is that flying with a cat is worse than you can ever imagine. Have you ever seen a cat panting like a dog? How about drooling some sort of clear, mucous-like substance from his mouth? Or throwing up all over the inside of his Sherpa travel carrier at 38,000 feet? Gross!

What a disaster that flight was for our poor kitty. I’ve never seen so miserable and frightened an animal in my entire life. It was an awful trip for him and not so pleasant for us. Throughout the flight we were trying our best to comfort and reassure him while struggling to keep him inside his carrier from which he desperately wanted to escape.

At one point during the flight my wife had him sitting on her lap while I put a fresh “pee pee” pad inside the carrier, but one of the flight attendants told her that the cat had to be back in the carrier. “Sorry,” he said. “FAA regulations.” So I finished my clean up job and we put him into the carrier, and it was right about at that time that he chose to toss his cookies. Timing is everything.

Later we were petting and comforting him while making sure he was still mostly inside the carrier (his head was peeking out) when a nasty flight attendant told us the carrier had to be fully zipped. What a friggin’ bitch! We zipped him in for a minute or two until she went to the back of the plane and the cat started crying. Then we then unzipped the top of the carrier and resumed petting and, as best we could, comforting him. My wife was holding his head and stroking him through much of the flight, while I was cleaning up the mucous-like substance that was pretty much constantly drooling from his mouth.

Although he was a very unhappy kitty for most of the journey, in the end he managed to survive the traumatic flight from the east coast to the west coast. As did we.

He is now adjusting to his significantly downsized living space in San Francisco and he seems to be doing fine. As are we.