If you’ve been blogging for less than a year, go ahead and choose a post that you previously published on this day (the 20th) of any month within the past year and link to that post in a comment.

This bit of nonsense was originally posted on September 20, 2014 in a now defunct blog of mine. 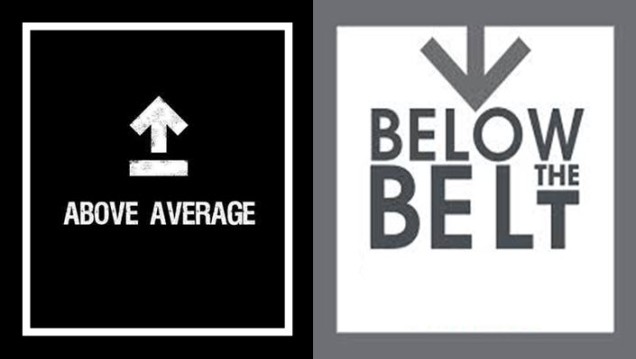 Ronald is not just your average Joe. Not by a long shot. He is seriously above average. Just ask him. He’ll tell you.

Oh wow. You must think that he is one conceited SOB to make such a claim. He must really be full of himself; quite the egoist, right?

The truth is that, by almost any measure, Ronald is, in fact, a highly accomplished individual.

He has earned several graduate degrees. He has a fulfilling, high-paying job. He’s highly regarded, both at his job and in his community. He lives a comfortable life. He pays his bills on time and in full each month and still has plenty of money left over to enjoy some of the finer things life has to offer.

He and his wife have been happily married for three decades and together they raised three wonderful children who have grown up to become above average adults in their own rights.

So yes, Ronald feels pretty good about all that. Sure, there are other aspects of his life about which he might not feel so good, but this is neither the time nor the place to discuss such matters.

It’s very clear to anyone who is paying close attention that Ronald is above average. And I mean that quite literally.

I know this about Ronald because he has introduced me to the occupant of the apartment directly beneath his own. That occupant is a gentleman by the name of François Averagé.

His name is pronounced ah-vuh-RAHZH-ay. He’s French, according to Ronald. Or Belgian. Ronald’s not sure.

So you see, because he lives in the apartment directly above Mr. Averagé from France or Belgium, it cannot be denied that Ronald is, indeed, above Averagé.

Thus, while Ronald is above Averagé, he is also below the Belts.