“You know, baby, I would be a liar if I told you that you didn’t light a fire deep within me,” Jim said. “But you have to swear to me that you’ll never be untrue. Because I do believe we can, together, get much higher.”

“I don’t know, Jim, if I’m can make that kind of commitment to you,” Alyse said. “This is our first date and I’m not the kind of girl you think I am.”

“But baby, the time to hesitate is through,” Jim said. “There’s no reason for you to wallow in the mire. We are made for one another.”

“Actually, Jim, I agreed to go out with you because my parents begged me to,” Alyse said. “I recently confessed to them that I like girls better than boys and they asked me to go out with you thinking that you might be able to ‘cure’ me. But while you’re a good looking and very nice guy, Jim, I’m just not into you that way.”

“But, Alyse, if we don’t try now we can only lose,” Jim said. “If you reject me it will be like you’re throwing another log on my funeral pyre.”

“Oh stop being such a drama queen, Jim,” Alyse said. “But speaking of fire, let’s go down to the lakefront. You can build a fire and we can roast us some marshmallows. As friends, of course.”

“Fine,” Jim said. “I’ll light your fire, but I’m going to bring some grass. I feel the need to get much higher.”

Written for Paula Light’s Thursday Inspiration prompt, where the theme is fire, coupled with the picture above. 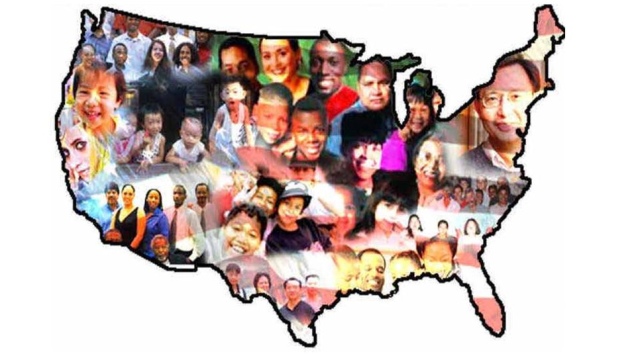 “America was founded on the notion of its ability to assimilate others into its newly developing society,” the teacher said. “All races, religions, and national origins were welcomed to our shores.”

One of the students slapped his knee and got a sardonic grin on his face. “Yeah, right,” he said, sarcastically.

The teacher looked over at the student. “Well, Darnell, aren’t you the precocious one this morning. “Is there something you’d like to say to the class?”

“Yeah,” Darnell said. “My great great grandparents were kidnapped from their ancestral homes in Africa and brought over here in slave ships. Once here, they were forced into slavery by their white European masters. Is that what you call the the notion of assimilation?”

Dakota stood up and said, “And how well did those of white European heritage assimilate my Native American ancestors into their newly developing society?”

Then Jose shouted out, “And even now, white Americans are balking at trying to assimilate people of my Mexican heritage.”

The teacher sighed. “Okay, scratch what I said about assimilation. As the next generations of Americans, it is going to be up to you to combat this racism and divisiveness and to unite us all into the diverse, heterogeneous, melting pot society the United States was intended to be.” 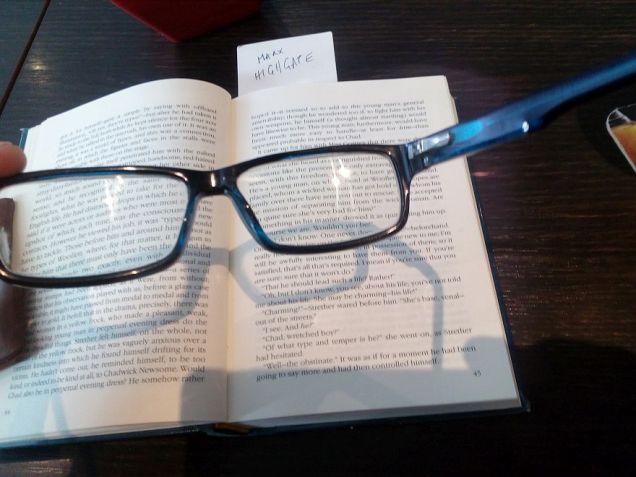 I was always nearsighted, which required me to wear glasses so that I could see distant things clearly. But as I aged, I found I was having trouble reading things like books and newspapers. My eyes just couldn’t focus.

I went to see my ophthalmologist and he said I needed bifocals. That would enable me to see things both far away and close up.

But bifocals? Fuhgeddaboudit. Bifocals are for old people. So I went to see my pharmacist buddy, Doctor Marx, at the Highgate Pharmacy, and he fixed me up with a pair of “cheaters” for just twenty bucks.

“Cheaters,” by the way, is a colloquialism for reading glasses in my neck of the woods. Also, for what it’s worth, the tomb of Karl Marx is located at the Highgate Cemetery in London. But I chose to ignore that piece of evidence sticking to a page in the book for this piece.

This was originally posted on September 13, 2007 in a now long-gone blog of mine. At the time I posted this, the original “Smiley” emoticon was about to turn 25 years old. That was 12 years ago, so Smiley is now six days away from turning 37. Also note that this was way before the hundreds of emojis we have available today became ubiquitous. 🙂😉😏🤨

The ubiquitous original emoticon, Smiley, was “invented” 25 years ago. You know Smiley. It is constructed by connecting the colon, dash, and close parenthesis keystrokes on a computer keyboard and then tilting your head to the left to recognize the two eyes, the nose, and the curved smile.

You’ve used Smiley often in your emails and instant messages to represent something you have put in writing that should be taken lightly, as a joke, or to express humor. Maybe you’ve used Smiley to take the edge off of something that you were concerned might be interpreted as being otherwise nasty, hurtful, or mean if taken the wrong way.

According to CNN, the first person to use the three keystroke combination was Scott E. Falhman, a professor at Carnegie Mellon University. On September 19, 1982 Fahman posted the emoticon in a message to an online electronic bulletin board (remember those?). He suggested it as a means to express comments meant to be taken lightly.

“I propose the following character sequence for joke markers,” he wrote, and then entered the three infamous keystrokes.

“Read it sideways,” his message continued. It gave computer users a way to convey humor or positive feelings with a smile, or the opposite sentiments simply by using the close parenthesis key.

Clifford Nass, a professor of communications at Stanford University, noted that emotions behind the written sentence may be hard to discern because emotion is often conveyed through tone of voice. “What emoticons [like Smiley] do is essentially provide a mechanism to transmit emotion when you don’t have the voice.”

So happy 25th birthday, Smiley, and thank you Professor Falhman for coming up with a way for me to give a witty tone to my written word.

Welcome to September 13, 2019 and to Fandango’s One-Word Challenge (aka, FOWC). It’s designed to fill the void after WordPress bailed on its daily one-word prompt.