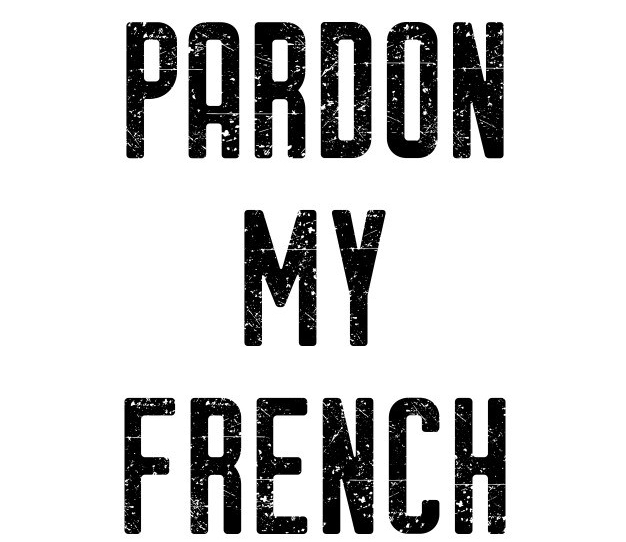 “Pardon my French, but you’re totally full of shit,” David said to his roommate, Jason.

“Pardon your French?” Jason said. “What are you talking about? You don’t even speak French.”

“It’s an expression, you idiot,” David said. “It’s used to apologize in advance for uttering a swear word.”

“It’s actually an idiom that was borrowed from the English,” David explained. It’s a remnant from Napoleonic Wars early in the 1800s. There was great enmity between the French and the English, and the expression ‘pardon my French’ was considered insulting to the French, which infuriated them.”

“Well, the phrase has gone through quite an odyssey through the years,” David said. “It’s less an insult today than it is a coy phrase used when someone who has used a swear word attempts to pass it off as French.”

“The coyness comes from the fact the both the speaker and listener — that’s me and you in this case — are well aware that the swear word is, indeed, English,” David said. “It’s a time-tested and light-hearted way of apologizing on-the-fly for having used a somewhat profane comment.”

Jason looked at his watch. “Shit, pardon my French, David, but it’s after seven and I’m running late. Gotta go, buddy. Thanks for the French lesson.”

This post came about as a result of a comment I made on this post from Garry Armstrong. I commented, “Well, pardon my French, but as they say, shit happens. But why do people say ‘pardon my French’ when using an alleged curse word?” And Garry responded, “Good question, Fandango.”

7 thoughts on “Pardon My French”