My apologies. I totally forgot yesterday to post my Friday Flashback prompt. It’s been that kind of week, I’m afraid — a day late and a dollar short. Oh well.

If you’ve been blogging for less than a year, go ahead and choose a post that you previously published on this day (the 30th) of any month within the past year and link to that post in a comment.

This was originally posted on August 30, 2018 in response to a Thursday Photo Prompt from Sue Vincent. 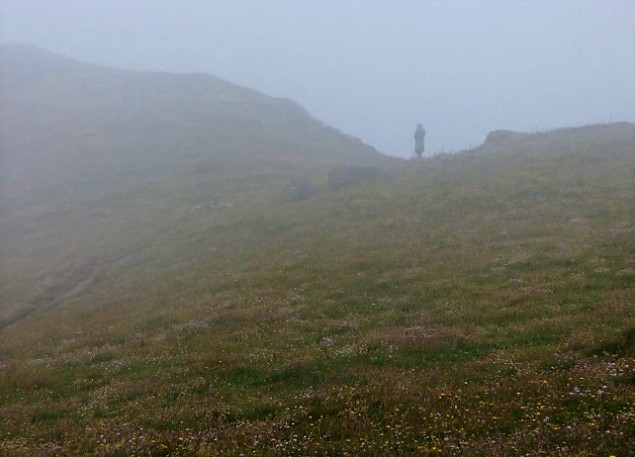 Sean came back to this site every year since the incident five years earlier. As it was almost every time he came here for that auspicious anniversary, there was a thick mist hanging in the air. He stared at the point where he had last seen her and tears of regret filled his eyes.

His last view of Wendy was etched into his brain. She had walked to the land’s edge and was staring down at the waves crashing into the rocks far below. “Be careful, hon,” he remembered calling out to her. “Don’t get so close to the precipice.” And then she was gone.

I can’t believe how oblivious I was, Sean thought. I totally missed all of the signs. Her sister had warned Sean that something was wrong, but Sean thought her sister was a drama queen and was seeing things that weren’t there. But her sister was right all along. Clearly Wendy was suffering from a serious depression and Sean, preoccupied by his own issues, was distracted.

Sean heard a voice calling his name. It was Wendy’s voice, calling him to come over to her. He looked toward the edge of the bluff and saw Wendy standing there in the thick mist, looking down at the water far below. “Sean,” he heard her say. “Sean, come to me, come be with me.”

In a trance-like state, Sean walked toward Wendy. As he approached the cliff’s edge, Wendy was gone. Sean moved cautiously toward the edge and he heard Wendy’s voice calling him from below. He peered over the edge and saw her standing in the surf. “Come to me,” he heard her say to him. “Come be with me for eternity.”