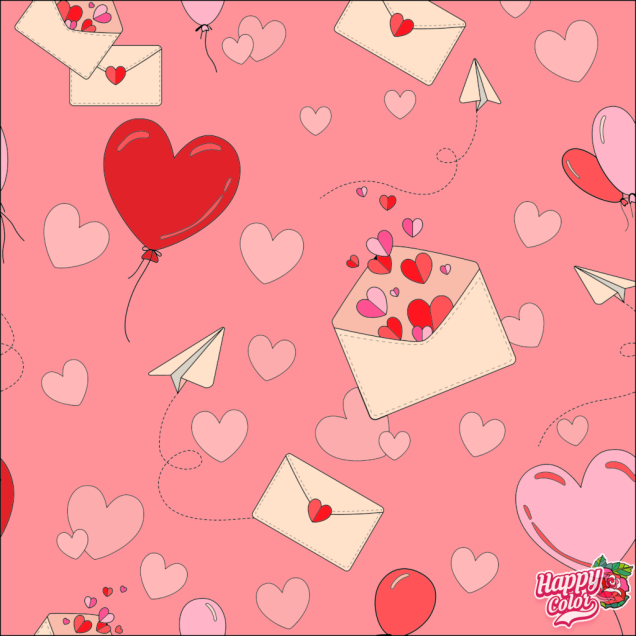 Chris went to his mailbox and noticed a letter in a pink envelope. He knew immediately that the letter was from his ex-girlfriend, Diana. He ran back into his house, dropped the other mail on the kitchen table, and with trembling hands, carefully opened the pink envelope and started reading the familiar handwriting.

Chris couldn’t believe that, after months of total silence, Diana wrote him this letter. Even more shocking were the words he was reading. She broke up with him six months ago, saying she was moving to Los Angeles in order to “find herself.” It was abrupt, totally unexpected, and devastating. He spiraled into a deep depression from which he was only just now starting to emerge.

But he read her letter and was elated. She wrote that she had made a terrible mistake and that she couldn’t live without him anymore. She practically begged him to forgive her and to give their relationship another chance. She gave him her new phone number and asked him to call or text her.

Chris was thrilled that his lonely days would finally be over. He called the airline and told them that he needed a one-way ticket to LA on the next flight out and that he didn’t care how much he had to spend to get it. Once he confirmed that his flight for late morning the next day was booked, he picked up his phone and sent a Diana a text: 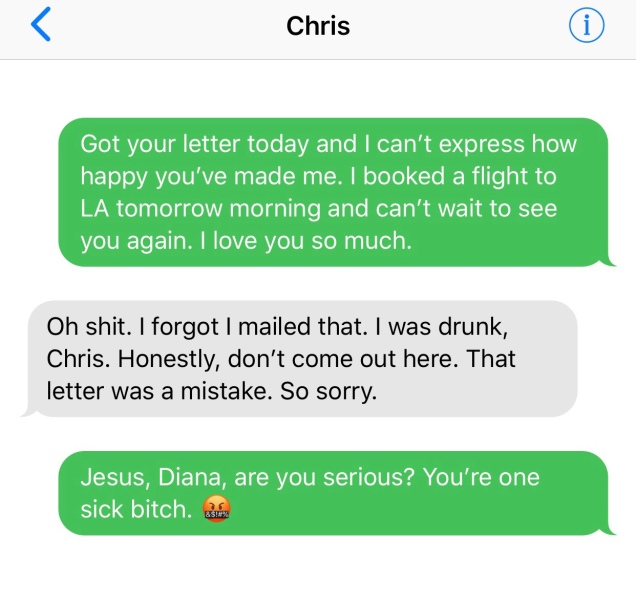 Written for this week’s Thursday Inspiration prompt from Paula Light. The theme is “letter,” along with the picture at the top of this post from the Happy Color app.

15 thoughts on “Thursday Inspiration — The Letter and the Text”