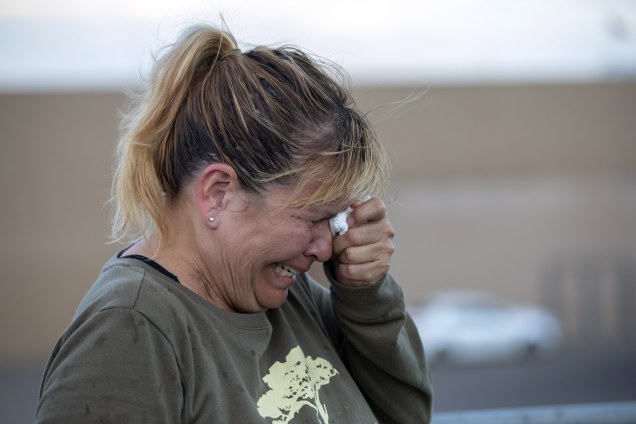 I’ve been pretty angry and upset over this whole Tygpress.com thing over the past three or four days. But in the scheme of things, it’s small potatoes compared with what’s going on in the United States.

At least 53 people were shot dead and many more were wounded by separate mass shooting incidents in just this past week.

A mass shooting is “an incident where four or more people are shot in a single shooting spree. This may include the gunman himself, or police shootings of civilians around the gunman.”

When is enough enough? When will our elected representatives in Congress and our elected officials around the country stop sending out their thoughts and prayers, which do no good whatsoever, and take meaningful action to address this epidemic?

Republicans keep repeating the NRA mantra, “Guns don’t kill people, people kill people.” But guns do kill people, and when you have more guns in this country than you have men, women, and children, and a divisive President who sows the seeds of racist and nationalistic hatred, what the fuck do you expect?

Republicans continue to blame anything but guns. One former Republican senator, expressing the NRA screed that “the only thing that can stop a bad guy with a gun is a good guy with a gun,” blamed the El Paso massacre on not enough gun-carrying shoppers at the Walmart. Another current Republican congressman blamed violent video games. Are you kidding me?

Wake the fuck up, America. It’s time to do more than to send useless thoughts and prayers. It’s time to take definitive action to pass common sense gun control legislation on the federal level. Otherwise, mass shootings in America will be an everyday occurrence and we risk becoming numb to this deadly assault against our fellow citizens.

135 thoughts on “Thoughts and Prayers My Ass”