Every Friday Teresa, over at The Haunted Wordsmith, posts her Fibbing Friday prompt. I usually don’t participate because my momma taught me not to fib. But then I heard Donald Trump yesterday at his Trump of July celebration in Washington, DC say:

“Our Army manned the air, it rammed the ramparts, it took over the airports, it did everything it had to do, and at Fort McHendry, under the rocket’s red glare it had nothing but victory. And when dawn came, their star-spangled banner waved defiant.”

Really? Our Revolutionary Army soldiers “took over airports” in 1775? So I thought that if our Fibber-in-Chief can fib, so can I.

1. Who are the Four Horsemen? 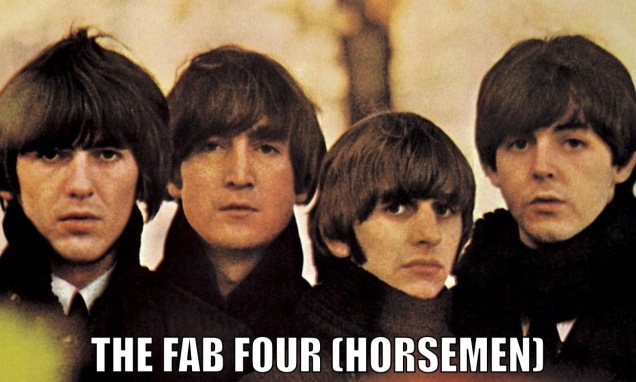 2. What happened on the Fourth of July?

It was when Obi-Wan Kenobi first told Luke Skywalker, “May the Fourth be with you, Luke.”

3. What should you say after sneezing?

5. What was in the wildwood?

6. Why aren’t there four crosses on the road?

Because in America, the Constitution prevents the government from making laws which respect an establishment of any one religion.

7. When was Benjamin Franklin president?

Right after Thomas Edison and right before Henry Ford.

8. What were the American Founding Fathers thinking in 1776?

That Congress would do it’s job when confronted with a lying, cheating, incompetent, narcissistic, misogynistic, racist con man in the White House.

Because when he was born he told his mother that his gender identity was female.

10. What was the wayward son supposed to be carrying?

Carry-on luggage onto his flight.

The Dos Equis pitchman ever since he got canned. 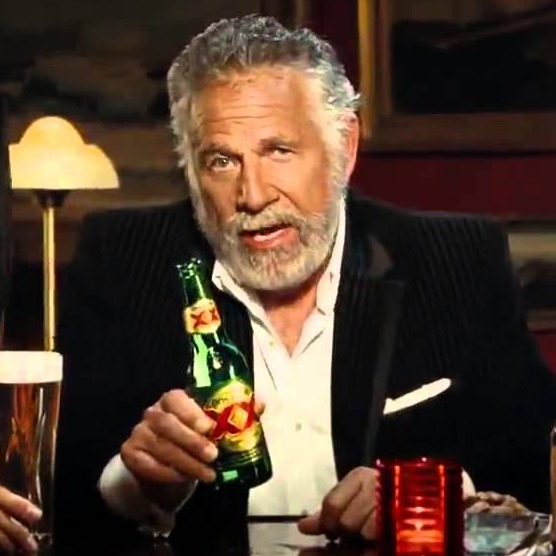 13. Why does the Kookaburra sit in the old gum tree?

Because the gum on the tree made his toes/claws sticky and he got stuck to the bark.

14. Where is Michael going in his boat?

To retrieve the fox, the goose, and the bag of beans from the other bank of the river.

15. Where are you sending the children and why?

To the grocery store to pick up a pint of Stephen Colbert’s Americone Dream ice cream for me.

16. Why are you lighting a candle?

Because I’m nimble, I’m quick, and I need to jump over the candlestick.

“Take the gun,” she said, handing me the revolver. She was stunning. A ginger with green eyes and a body that wouldn’t quit. I’d walk to the gates of Hell for her if she’d ask me to.

“What’s the plan?” I asked after taking the gun from her.

“We break camp at dawn,” she said. “We’ll be meeting up with fighters from the other rebel camps in the foothills just south of the metropolis.”

“You know that the government troops will still seriously outnumber and outgun us,” I pointed out.

“Our objective is to cause as much havoc as we can, to disrupt their operations, and to try not to let them capture or kill us when we inevitably retreat,” she said.

“From what you’re saying” I said, “it sounds like this is shaping up to be a suicide mission.”

“You’re probably right,” she said, “but we are rebels with a good cause. As Patrick Henry said, ‘Give me liberty or give me death.’ I’ll see you either at the rendezvous point tomorrow night or we’ll spend an eternity in Hell together.”

See, I told you I’d be willing to walk to the gates of Hell for her if she asked. And that’s exactly what she was asking.

Written for the Mindlovemisery’s Menagerie First Line Friday prompt, where the first line is “Take the Gun,” and for Rachel Poli’s Time To Write Sentence Starter, where the line is “What’s the plan?” Also for these daily prompts: Ragtag Daily Prompt (camp), Fandango’s One-Word Challenge (rebel), The Daily Spur (metropolis), Word of the Day Challenge (capture), and Your Daily Word Prompt (eternity).

Every morning Jonathan jogged along the gravel path behind the row houses that backed up to the park. This morning, as he was jogging, he though he heard what sounded like a scream coming from one of the homes. He stopped to listen to see if he heard any more screams. He pulled out his smartphone ready to take pictures in case there was anything that could later be used as photographic evidence of any potential misdeeds. Crouching low on the edge of the path, he hoped that by remaining where he was, he might do some good, even there.

Written for this week’s 50 Word Thursday prompt from Kristian at Tales From the Mind of Kristian. The idea is to use the photo above (unattributed) along with the line, “He hoped that by remaining where he was, he might do some good, even there” from Nicholas Nickleby by Charles Dickens, and to write a post that must be between 50 and 250 words, in 50 word increments.

July 4, 2023 was to be the last day that the American flag could be legally flown in the United States. Donald Trump won the 2020 presidential election in a landslide. With the backing of Russia, the U.S. Congress, the Supreme Court, and the military, he declared the U.S. Constitution void and anointed himself President for Life. Donald Trump died in 2022, and, according to the revised Constitution, his daughter, Ivanka, became the new President for Life.

On July 5, 2023, Ivanka, to honor her father, renamed the country Trumplandia, outlawed the old American flag, and introduced to the country the new flag of Trumplandia. 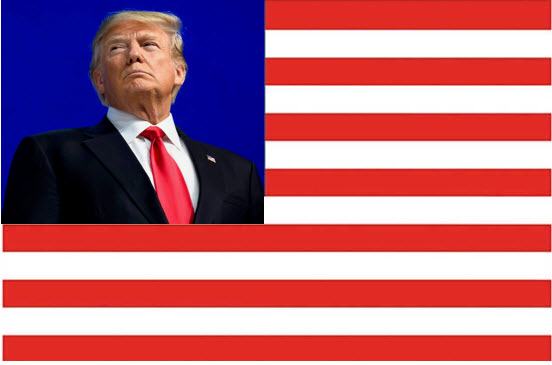 Each Friday I will publish a post I wrote on this exact date in a previous year. I’ve had this blog for two years, so I have only 2017 and 2018 to draw from.

Why don’t you reach back into your own archives and highlight a post that you wrote on this very date in a previous year? You can repost your Friday flashback post on your blog and pingback to this post. Or you can just write a comment below with a link to the post you selected.

If you’ve been blogging for less than a year, go ahead and choose a post that you previously published on this day (the 28th) of any month within the past year and link to that post in a comment.

It would be great if everyone who reads this post would scroll down to the comments and check out the posts that others provide links to.

I originally published this post on July 5, 2011 in my previous, now defunct blog. Bear in mind that it was written eight years ago, so some of the specific references may be dated, but I still stand by the message.

You know what an oxymoron is, right? It’s a rhetorical device, a figure of speech, in which two seemingly contradictory words are used together for effect. Some examples include “jumbo shrimp,” “the silence is deafening,” “final draft,” “voluntary regulation,” and, of course, “military intelligence.”

Why should this be an oxymoron? Because stand-up comedy is, by definition, meant to be somewhat controversial, which implies that it is not intended to be politically correct.

After all, stand-up comics are not politicians, heads-of-state, captains of industry and commerce, or religious leaders. They’re friggin’ comedians. They try to make their audiences laugh a lot — and squirm a little. One of the greatest stand-up comedians of all time, George Carlin, said, “I think it’s the duty of the comedian to find out where the line is drawn and cross it deliberately.”

I enjoy stand-up comedy but I’m concerned for its future in this country if every time a stand-up comic tells a joke that someone feels is not “politically correct,” the comedian feels compelled to make a public apology.

It seems that there is an expectation these days that making jokes about our differences is inappropriate. Even making caricature voices that evoke ethnicity seems to be considered out-of-bounds by some. Bernard Goldberg of Fox News recently accused Jon Stewart of being a racist because he used a “black voice” when doing a bit on GOP presidential hopeful Herman Cain.

I am a fan of Jon Stewart, and, to his credit, rather than apologizing, he shot back at Fox News by pointing out that he makes liberal (no political meaning assigned to that term as used herein) use of humorous, caricature, ethnic voices nearly every day in his Comedy Central program.

Note that Stewart’s show appears on Comedy Central, not on Fox News.

I find it interesting that the poster-network for conservative political views is critical of Jon Stewart for using “black voice,” when it’s the conservatives who claim that political correctness is part of the contemptuous liberal agenda and that it’s the liberals who have taken PC to an extreme.

And that’s a shame. I think it’s absurd to come down hard on comedians for making jokes that some might find offensive during a stand-up comedy routine. For those who are so thin-skinned that they are offended by jokes told by stand-up comics, perhaps they should find a different venue for entertainment than comedy clubs.

The reality is that, for as long as there has been comedy, there has been offensive comedy. Although not stand-up comics, humorists, philosophers, and writers Mark Twain and Will Rogers were often biting in their witty social and political commentaries. In the Fifties and Sixties, political and social satire worked its way into small folk music and comedy clubs, where comedians like Mort Sahl expanded both the language and boundaries of stand-up.

Carlin was inspired by Lenny Bruce, a stand-up comedian in the Fifties, who was one of the first to really push the stand-up envelope with his deliberately provocative routines. His obscenity-filled rants about our prejudices and skewed perspectives, which ultimately led to his arrest, set the stage for later controversial comedians like Richard Prior, Dick Gregory, Louis C.K., Chris Rock, Sarah Silverman, and, of course, Carlin, who was also arrested in 1972 for performing his “Seven Words You Can Never Say on Television” routine.

Make that six words, George. I regularly hear the word “shit” on TNT these days.

If you want to be offended, America, be offended by the economic mess Wall Street, the banks, and the anti-regulation Republicans have hoisted upon us. Take offense at the political process in Washington that has essentially and almost irreparably divided this country along extreme, dug-in, partisan positions and has America on the brink of financial default.

Don’t waste your time being offended by stand-up comics who might be a little off-color and insensitive in their efforts to get us to laugh at ourselves and our human condition.

Political correctness is running amok and America needs to regain its sense of humor. Stop being so damn thin-skinned. It’s stand-up comedy, for crissake. It’s supposed to make you a tad uncomfortable.

Can’t you take a joke anymore?