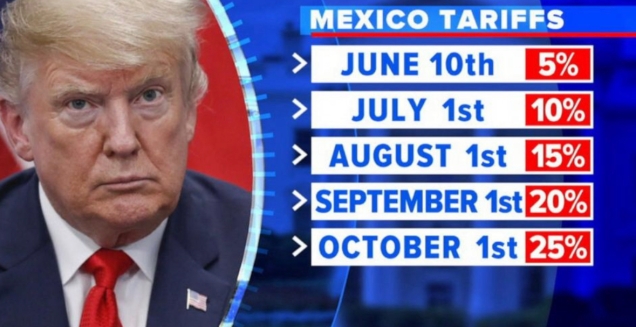 “It’s simple economics, Max,” Jarred said. “When the president imposes tariffs on Mexico and other countries, those countries pay the price, economically speaking.”

“The president shouldn’t be unilaterally imposing tariffs, Jarred,” Max said. “According to the U.S. Constitution, it’s Congress alone that has the power to impose tariffs.”

“That’s not entirely true,” Jarred said. “In 1977, The International Emergency Economic Powers Act granted the president the right to impose trade restrictions for reasons of national security, specifically for ‘an unusual and extraordinary threat with respect to which a national emergency has been declared.’”

“So are you saying,” Max said, “that what is happening at our southern border qualifies as a ‘national security threat’ in the context of that amorphous law?”

“That’s just ludicrous,” Max said. “If it is an emergency, which it’s not, it’s one that Trump created in his own mind and by his own actions. He’s just trying to fulfill an ill-conceived campaign promise to satisfy his base. He’s chasing windmills.”

“No,” Jarred said. “He’s punishing other countries for defying America. He’s saving our country and our workers.”

“You’re such a lemming,” Max said. “All his stupid tariffs are going to accomplish is to raise the prices American have to pay for imported goods. It’s not going to make domestic goods any less expensive and it’s not going to save any American jobs. That’s naïve. With Trump at the helm, Americans are stuck on shit’s creek without a paddle.”

14 thoughts on “The Truth About Tariffs”