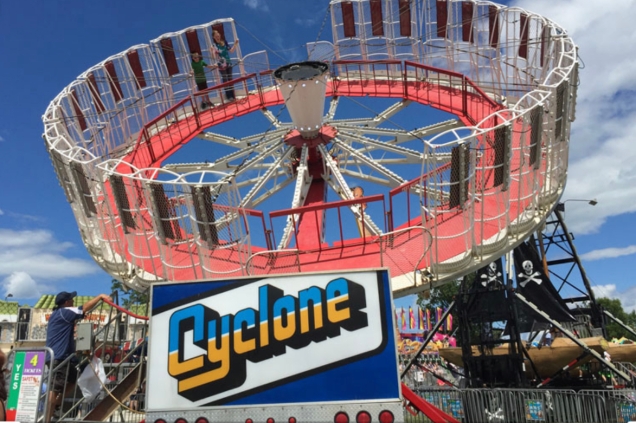 Aaron decided to take his family to the city park and to have an outing at the pond located at the north end of the large park. It was a beautiful spring day and his two kids were very excited about spending the day there.

Almost as soon as they got there, his kids wanted to go to the soft-serve ice cream truck parked there. “What can I get you today?” the girl at the window asked.

“I want a chocolate/vanilla swirl on a sugar cone,” Andy said.

“Me too,” chimed in his little sister, Allison, who would always copy everything her older brother did.

Once they got their cones, they walked over to the pond, found a place to sit, and watched as a mime did his pantomime schtick, which Andy and Allison found enthralling.

After a few hours by the pond, the kids were getting restless, and Janice, Aaron’s wife, suggested that the kids might want to go to the part of the park where there were some amusement rides. The kids thought that was a great idea and ran ahead of their parents toward the rides.

“I want to go on the Cyclone,” Andy said when they got there.

“Me too,” Alison squealed.

Aaron looked at his daughter and broke the news that she wasn’t big enough to go on the Cyclone. “You have to be this tall to participate,” he said, holding his hand just above her head.”

Allison started crying. “That’s not fair!” she screamed. “I want to go on the ride with Andy.”

Janice bent down and looked Allison in the eyes. “You’ll be tall enough to go on the Cyclone next year, sweetie. So let’s let Dad and Andy go on it now and I’ll get some cotton candy that we can share while they’re on the ride.” Then she whispered in her daughter’s ear, “And we can watch Daddy get dizzy and throw up when he gets off the ride.”

That brought a big smile to Allison’s face.

Written for Rachel Poli’s Time To Write prompt this week, which is for the setting “At the pond.” And for Teresa’s Story Starter Challenge, which is “What can I get you today?” And also for these daily prompts: Word of the Day Challenge (copy), Fandango’s One-Word Challenge (pantomime), Ragtag Daily Prompt (cyclone), and Your Daily Word Prompt (participate).