Melanie has a special edition of her weekly Share Your World prompt for April Fool’s Day. Are you ready?

Why is it called “beauty sleep” when one wakes up looking like a troll?

Because if they called it “ugly and with awful breath when you wake up sleep,” we’d all be sleep deprived.

Why do they sterilize needles for lethal injections?

They want to make sure that the deceased convict doesn’t get sick on the way to hell.

Why do most cars have speedometers that go up to at least 130 when you legally can’t go that fast on any road?

Wishful thinking. The same reason most men claim to need a longer ruler.

Did they purposely make dyslexia hard to spell?

(Rather naughty):  If quizzes are quizzical, what are tests?

If they are pop tests, they are “popsicles.”

Odd but a bit philosophical or personal:

What are some things that are okay to do occasionally but definitely not okay to do every day?

What is the most embarrassing thing you have ever worn?

A speedo at the Dead Sea.

In your opinion, what’s the best type of cheese?

What are some fun ways to answer everyday questions like “how’s it going” or “what do you do”?

“What, are you writing a book?”

Have you ever sent a text message to the wrong person?   Details please.

Yes. I was telling someone when and where to meet me for lunch. The person who received it responded, “Great. Are you buying? And, by the way, who are you?”

If you could make a rule for a day, and everyone had to follow it, what would it be?

Arrest Donald Trump, Mike Pence, and Mitch McConnell and throw away the keys.

You are about to get in a fight, what song comes on your mind soundtrack?

“We Gotta Get Out of This Place” by the Animals.

Judy Dykstra-Brown, at Lifelessons, has posted a Challenge she calls “Twelve Things I Would Most Like to Know About You.” She’s going to hold some kind of drawing of those bloggers who participate and donate $100 to their favorite charity. All we have to do is answer her questions and link back to her post. I’m game. How about you?

Here are the things she would like to know more about us:

Farrah Fawcett from back in the original “Charlie’s Angels” day. 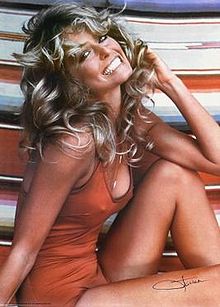 What favorite food do you rarely eat and why?

Maryland blue crabs. Why do I rarely eat them? Because I live in California and the only way I can get them here is to have them packed in ice and shipped overnight, and that is prohibitively expensive.

What would your closest friends be most surprised to find out about you?

Nothing. I’m an open book to my closest friends.

Who is the most famous person you ever met and what were the circumstances?

O.J. Simpson (from when he was still famous and before he was infamous). It was in 1986 and I was in line to give the hotel valet parking guy my ticket to get my car when O.J. drove up in his car, got out, and another valet parking guy went to greet him. It was a few days before Super Bowl XX between the Chicago Bears and the New England Patriots. I asked him who he thought would win and he said, “Put your money on the underdog Patriots.” I did. He was wrong. The Bears won 46 – 10. The bastard.

What famous person would you most like to have as a close friend and why?

I don’t know. Maybe Farrah Fawcett back when I was young and virile and she was still alive.

What is your biggest regret in life?

That I never invested the time to ask my parents about their personal histories.

What is the strangest pet you ever had?

A snake I named Pythias. Once a week I’d feed him a live mouse, which I always named “Damon,” and I would then watch Pythias eat each week’s Damon whole. It was fascinating.

What is the item of clothing you have owned for the longest period of time?

I have a black, hooded sweatshirt that I wear every morning between the time I wake up and the time I take my shower. It’s got to be 10+ years old.

What object in your house holds the most nostalgic value for you?

A scrapbook I made when I was in high school.

What question do you wish you had asked a deceased relative but didn’t?

As I mentioned earlier, I wish I would have asked my parents to tell me more about their youth. They both immigrated to the U.S. from the Ukraine when they were kids, and met and married here. But I know almost nothing about their childhoods, how they came to America, or how they met.

Who in the world (relative or not) do you most resemble?

I answered that question in last year’s A to Z Challenge post for the letter “D.” Read it here if you’re interested.

What is your favorite footwear and why?

My Brooks Addiction Walkers. So comfy! 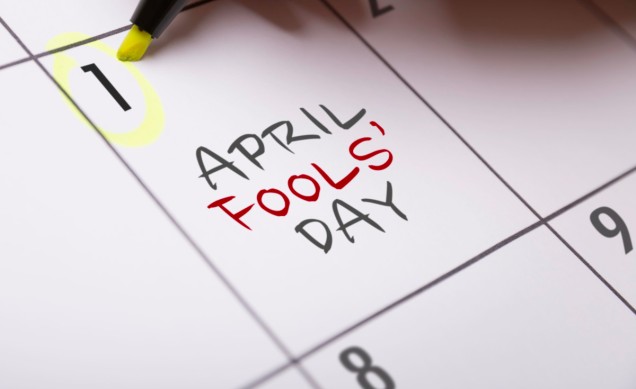 It took ten months, but sooner or later it was bound to happen. Three of the four daily one-word prompts I follow — my Fandango’s One-Word Challenge, the Your Daily Word Prompt, and the Ragtag Daily Prompt — chose the word  “fool” in recognition that today is April Fool’s Day. The one outlier was the Word of the Day Challenge, where the word is “down.” 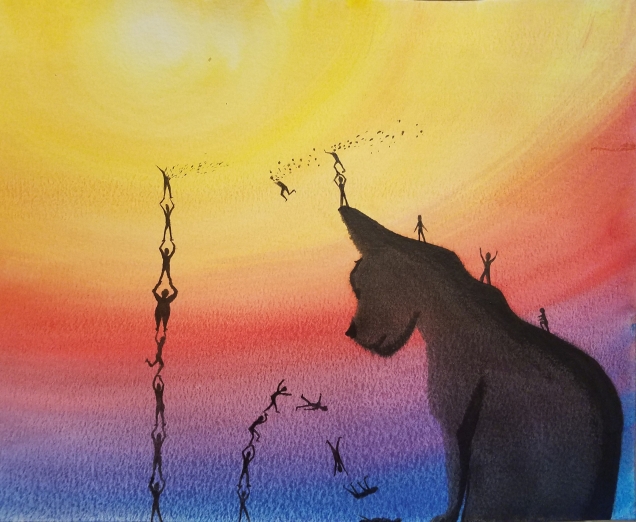 When I read Cyranny’s post of Kira’s latest Sunday Scribbles, I saw a giant cat and a bunch of tiny men doing something. And I thought, “cat,” “man,” “do.”

Then this popped into my head and, well… 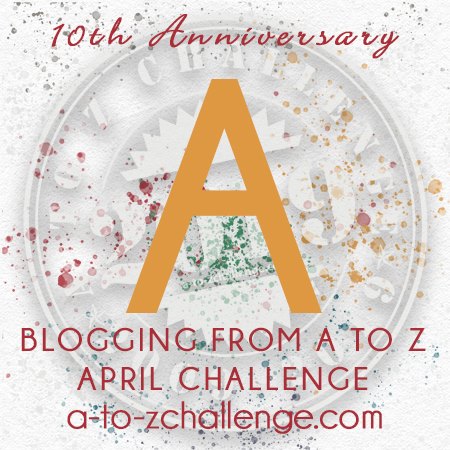 I’m sure you know this already, but in case you just fell off of the turnip truck, an acronym is a word formed from the initial letter or letters of each of the successive parts or major parts of a compound term. Some common examples of acronyms include NATO (North Atlantic Treaty Organization), NASA (National Aeronautics and Space Administration), and POTUS (President Of The United States),

There are some acronyms that have evolved into words in contemporary English usage, like radar (originally an acronym for Radio Detection And Ranging), laser (Light Amplification by Stimulated Emission of Radiation), and snafu (Situation Normal: All Fucked Up).

I saw a sign outside of a building that read “ATM Machine Available.” There were instructions on said machine that read, “Insert your ATM card in the slot and enter your 6 to 12 digit PIN number.”

There is actually a name for this kind of acronym redundancy. It’s called Redundant Acronym Syndrome, or RAS. It’s defined as the use of one or more of the words that make up an acronym in conjunction with the abbreviated form, as in PIN number. The formal name for this malady is, fittingly, “RAS Syndrome.”  Think about it.

I am amused when people refer to the cable news network that Donald Trump loves to hate, CNN, as the “CNN Network.” And one of my favorites is when those college-bound hopefuls refer to the Scholastic Aptitude Test they must take as the “SAT test.”  If that’s what they are calling that test, they should automatically fail the SAT.