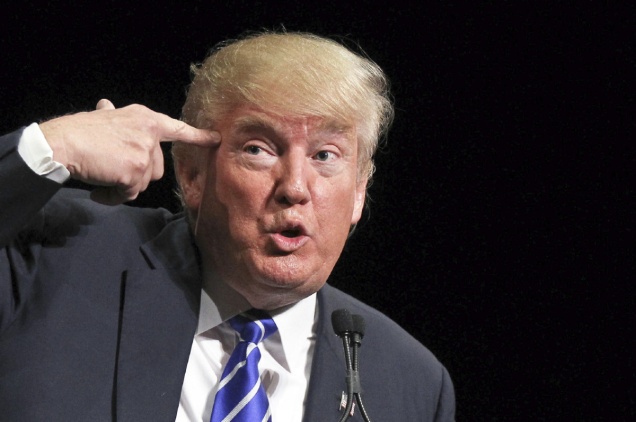 He’s the leader of the free world.

He’s a liar, a con artist, a racist, a misogynist.

He’s a xenophobe, a white nationalist.

He’s a puppet, a traitor, a sellout.

He is Donald Trump.

And he is anathema to me. 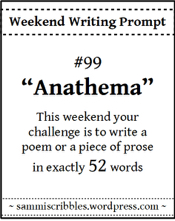 Written for Sammi Cox’s Weekend Writing Prompt, where we are challenged to write a poem or piece of prose using the word “anathema” in exactly 52words.

Our son signed us up for some kind of app that randomly sends us “cat facts.” This is the latest one we received.

I know that our cat is very talkative — almost annoyingly talkative — when we’re around. He meows, he purrs, and when he’s hungry, which is almost all the time, he screeches. And when he’s angry he growls, snarls, and hisses.

But is he silent when we are not around? How would I know? When I’m not around, I am, by definition, not around to hear whether or not he meows.

So I’m reaching out to all of you cat owners in the blogging community. Do you think that your cat (or cats), only meows in order to communicate with us humans? Or do you have audio or visual evidence that cats meow when humans are absent?

For this week’s Song Lyric Sunday, Jim Adams chose the theme “Record/Juke Box/DJ/Radio.” I believe you can never go wrong with Joni Mitchell, which is why I chose her song, “You Turn Me On, I’m A Radio.”

Written and recorded in 1972 by singer and songwriter Joni Mitchell, “You Turn Me On, I’m A Radio” was released on her fifth studio album, For the Roses. It was also released as single, where it was her first top-forty hit in the United States, reaching number 25 on the Billboard Hot 100.

Joni’s record label was putting pressure on her to release a hit song, as very few of her singles hit the charts. So this song was her effort to get a popular hit. It lacks a chorus or any repetitive hooks, but because it is specifically about disc jockeys and radio stations, it got lots of airplay.

“I decided there were some ways to make a hit, increase the chances,” Mitchell said. “DJs have to like it, so you put a long part at the beginning and the end so the DJs can talk over it. Take a tender situation and translate it into commonly appealing songs for the DJs. It’d have to be a bit corny, so I wrote this little song called ‘Oh Honey, You Turn Me On, I’m A Radio.’”

The song is sung from the perspective of a radio, explaining all the ways it can please listeners. The station is always there to serve, and while it might not always have a clear signal, it knows what you want to hear.

But if you’ve got too many doubts
If there’s no good reception for me
Then tune me out, ’cause honey
Who needs the static
It hurts the head
And you wind up cracking
And the day goes dismal

Welcome to March 31, 2019 and to Fandango’s One-Word Challenge (aka, FOWC). It’s designed to fill the void after WordPress bailed on its daily one-word prompt.