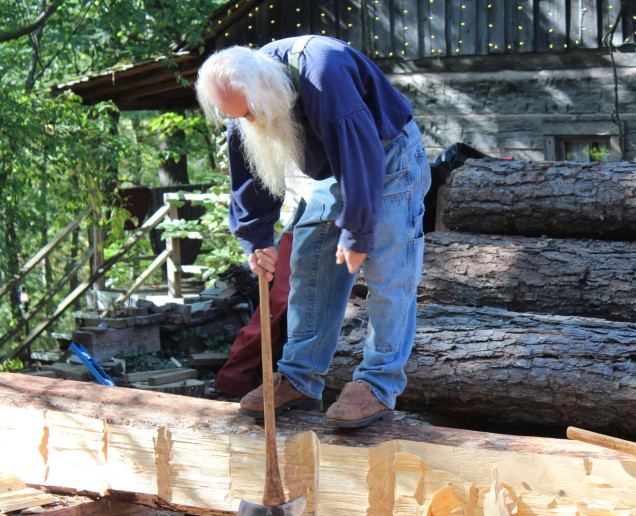 The old man spent his entire life building log cabins. He built his first one with his father more than sixty years ago. He was in this late teens at the time, his whole life ahead of him. Now he was almost 80 and his days were numbered. He wasn’t quite broken yet, but he was certainly bent.

This was to be his last cabin. His arthritic hands, sore joints, stooped back, and atrophying muscles betrayed him on his life-long quest to be remembered as the “log cabin man.” He wanted his log cabins to be his legacy.

He was constructing this cabin for his youngest grandson, who was in the army and had recently been deployed to the southern border to help build that damn wall.

He was praying every day that he would have the strength to finish building the cabin. He certainly had the determination.  But it was a struggle.

And then one day, as he was notching out a log, the old man slumped over, unable to breathe.

His grandson was granted bereavement leave upon the death of his grandfather. And he swore that he would finish the cabin as an homage to the “log cabin man.”

Written for Susan Spaulding’s Sunday Photo Fiction and her photo. Also for the Word of the Day prompt, “quest.”