“of him was being handled by two competent” 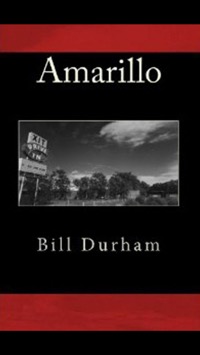 That line appears on page 192, line 6 in the Kindle edition of the book Amarillo by Bill Durham (who claims that’s not a pseudonym. Yeah, right, Bull … I mean Bill).

Teresa, aka, The Haunted Wordsmith, has this thing were she gives us a page number and a line and asks us to find a book, go to that page and line, and use it as the inspiration for a post. This time, it is page 192, line 6.

So, with that line in mind, here’s my story.

The uniformed officer assured Chris that the crime scene in front of him was being handled by two competent detectives. Unfortunately, that assurance didn’t do much to assuage Chris’ concerns.

Two hours earlier, Chris had returned home from a long day at work to find that his condo had been totally tossed. Clearly, whoever had broken into his condo was looking for something, but Chris had no idea what it could have been. The only item of value that was missing was Chris’ laptop.

Chris explained to the lead detective that the only files that were on his laptop were his personal emails, some photos, and the draft of the novel he’d been working on for the past few months. “But stealing the laptop to steal my working draft doesn’t make much sense because I’ve got it all backed up to the cloud,” he told the detective.

“What’s your novel about?” the detective asked.

“It’s a political thriller based upon a senior congressman who’d been compromised by a foreign government,” Chris said.

“Who else knew what you were writing about?”

“Just an old college buddy of mine,” Chris responded. “He just got elected to the state legislature, and I based my protagonist on him.”

“Can you check your cloud account to see if the draft is still there?” the detective inquired.

“Sure, I can access it on my iPhone.” Chris pulled out his phone and held it up. He got a quizzical expression on his face and began tapping on his keypad. “You gotta be kidding me,” he said. “The facial recognition didn’t work and neither did my password and now I’m locked out of my account.”