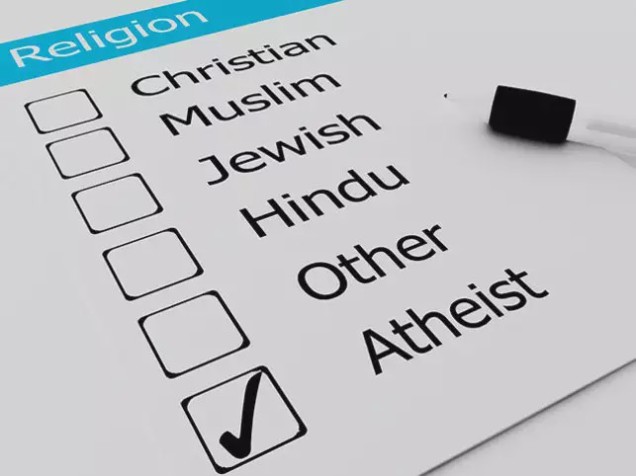 Paula answered that it’s fear that makes people believe in conspiracy theories. She said, “People are scared of the unknown, of things they can’t control ~ natural disasters, crime, death, etc. ~ so they latch onto comforting explanations. Without this comfort, many people would not be able to function because life is fucking terrifying.”

But it was what Paula wrote next that got my attention. She wrote:

“And for the atheists who like to mock those who believe in the supernatural, I have news for you: you also believe in bullshit, just different bullshit. Consider this. At any moment, you could die and die horribly, but you don’t think about that because you wouldn’t be able to get through the day. And what’s more, every time you leave the house, you trust that crazy medicated (or unmedicated!) other humans in their monster vehicles are going to obey the traffic laws. These are the same people who believe in gods and ghosts and angels and aliens. But you believe they’ll stop at the red lights. That’s nuts! But you believe it or you couldn’t leave the house.”

I’m sorry, Paula, but I have no idea what point you were trying to make with your tales about dying horribly or getting killed by a crazy, medicated or unmedicated driver who runs a red light. What does any of that have to do with absurd conspiracy theories or being an atheist?

I am an atheist, so let me explain something to those who don’t really know what an atheist is. Atheists don’t hate God or hate people who choose to believe in God. Also, being an atheist does not mean that we don’t believe in anything. We believe in a lot of things and a lot of different things.

Please understand that there is no “good book” that atheists embrace, no common mythology that atheists accept, no specific dogma to which atheists adhere. There is but one thing that all atheists have in common, and that is that we don’t believe that God exists. We believe that God is a human construct, and serves as that “comfortable explanation” that a lot of people use to help get them through their lives.

And personally speaking, I bear no ill will toward those who choose to believe in God. Well, except for those “believers” who tell me that I can’t be a moral person if I don’t believe in God, that I can’t distinguish between good and evil or right and wrong, and that I’m condemned to eternal damnation in hell — which I also don’t believe exists — if I don’t accept Jesus Christ as my personal lord and savior.

I bear a lot of ill will toward those who tell me such things.

25 thoughts on “Gods and Ghosts and Angels and Aliens”