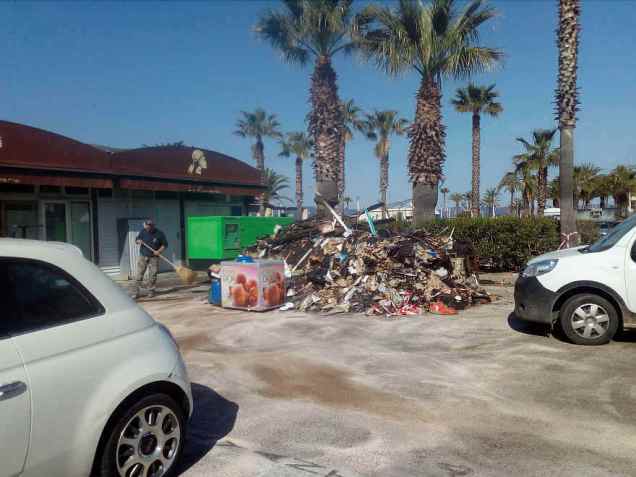 “Why would anyone do something like this?” Wally, the head of the cleanup crew asked.

“It’s a protest against converting this abandoned building into a shelter for the homeless in our community,” Grace, the town councilwoman said. “They believe we’re going to be dumping what they call our human garbage here, so they drive their trucks here and dump their physical garbage in the parking lot.”

“But don’t they realize that it’s to their benefit to give the homeless a safe place to sleep at night?” Wally asked. “Otherwise they’ll be out on the streets or in the parks sleeping in makeshift shelters or boxes.”

“I think they realize that,” Grace said. “It’s not so much that they’re against the idea of shelters. It’s more of the NIMBY issue that they oppose.”

It’s an acronym for ‘Not In My Backyard,’” Grace explained. “They’re just opposed to having a shelter in our town. These townfolks wouldn’t be dumping their garbage in the parking lot of a proposed shelter that isn’t in our town.

“They want to make the homeless problem go away by pushing it on someone else,” Wally said.

10 thoughts on “Sunday Photo Fiction — Not In My Backyard”