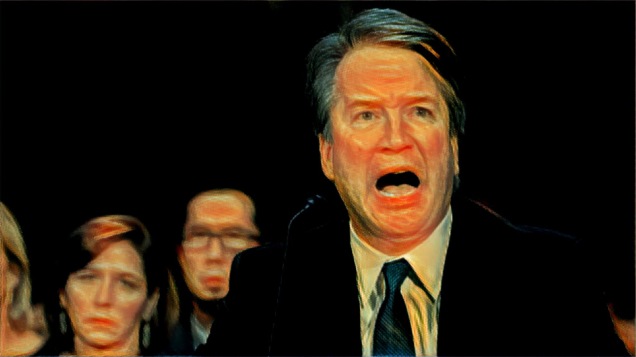 Whether you believe Brett Kavanaugh or Christine Blasey Ford and the other women who have accused him of sexual misconduct is not really the point. Even if the FBI’s further background check did not uncover anything to corroborate the accusations, Kavanaugh’s demeanor during last Thursday’s testimony before the Senate Judiciary Committee should be enough to disqualify him from a seat on the Supreme Court.

Kavanaugh entered that hearing room full of vitriol and animosity. He came in with both guns blazing. He delivered an angry, partisan tirade, treated several Democratic senators with abject contempt, and was evasive in responding to direct questioning. He also told a number of lies while under a sworn oath.

So put aside, if you can, the matter of sexual assault. Even if Kavanaugh hadn’t been accused of sexual misconduct, or lied under oath to the Senate, or identified himself as the victim of a pro-Clinton conspiracy, his behavior last week was disqualifying, his conduct unbecoming of any judge, much less one bound for the highest court in the land.

As to the FBI investigation, it was clear that, with the imposed restrictions of a limited investigation in a limited time period, the outcome was a foregone conclusion. “There’s nothing to see here.” So now the Republicans have political cover to elevate someone to the Supreme Court who has demonstrated that he lacks the temperament for the position.

But this, it seems, is the way in Trump’s America.

81 thoughts on “Missing the Point”